The English actor, known for "The Handmaid's Tale" and others, follows in his famous father's footsteps with his directorial debut, the Elle Fanning-led "Teen Spirit."

Max Minghella is browsing the racks at American Vintage on Melrose in Los Angeles, trying his best to dodge the leather jackets being suggested. The man is more of a track jacket kind of guy, though he’s soon talked into getting a light wash, gently loved denim jacket, mysterious stains be damned.

He professes a lack of knowledge about the whole vintage experience (are the stains gross? Or part of the appeal?) and is equally unsure about how to complete his other shopping assignment for the day, a birthday present for Dakota Fanning, sister of his leading lady Elle Fanning.

He does, however, know a lot about pop music; so much so that he decided to dedicate his directorial debut to the genre, with his film “Teen Spirit.”

“I think it’s just very cinematic; you know, when you walk around — and we all do this, I think, when we walk around and listen to music on our headphones — we have these elaborate fantasies that get played out by listening to what I listen to, and I wanted to try and make a movie that kind of was an encapsulation of that feeling,” the 33 year-old Englishman says, from a busted leather couch near the fitting room in the back of the store. 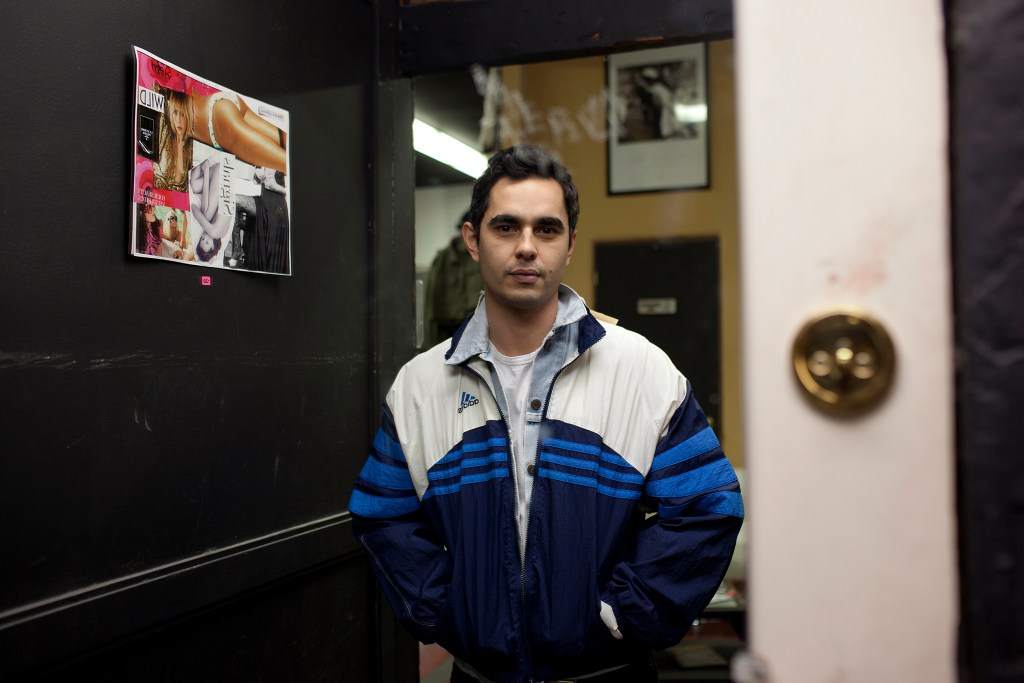 “Teen Spirit,” which Minghella wrote himself and executive produced with the actor Jamie Bell, stars Elle Fanning as Violet, a shy, isolated teenager in rural England who enters a singing competition. It’s a “pop musical,” he says, a medium which gave him the platform to play with pop music within a more conceptual context.

“I wanted to do a musical where there was a context for the singing, where it was motivated by something and [the characters] weren’t just bursting into song spontaneously,” he says. “I knew I wanted the music in it to be music that people knew already, as opposed to original songs, because I’m somebody who when I go to a concert, I want to hear the album I know — I don’t want to hear the new album. So it was very selfish. They’re all just things that I want to watch.”

The soundtrack consists of Tegan and Sara, Robyn, Ellie Goulding, Sigrid and more. “I love Robyn, I love Carly Rae [Jepsen]’s work, I love Ariana Grande. I also love Taylor Swift, which I know is controversial to say. I love melodic pop music and big sounding music,” Minghella says. “The mentor in the movie is an opera singer and I actually think there are huge parallels between opera and pop music. They’re both very melodramatic.” 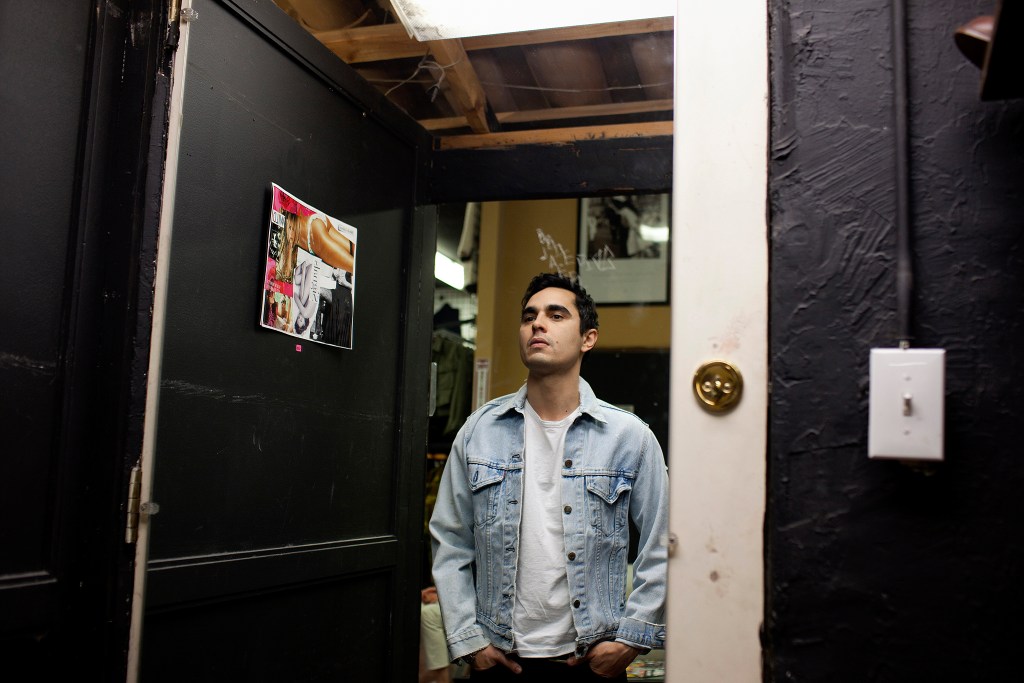 Minghella, who was raised in London, found himself acting as a way of “escaping a very unsuccessful education,” in his words. “I was not doing well in school and I was going to be expelled, and so the way to get out of that cleanly without embarrassing my parents was if it looked like I was leaving to do something else,” he says. “Or like it was deliberate somehow, which it really wasn’t, and acting wasn’t really something honestly I harbored some great passion for.”

That changed when he saw a production of “This is Our Youth,” and had a sudden urge to explore the whole acting thing. “That coincided with a rather impatient need to escape London” he says, “so it kind of fell into my lap a little bit, and I started acting relatively quickly. I had no experience at all. When I made my first movie [“Bee Season”] I actually had never acted before.”

Minghella, of course, is the son of famed director Anthony Minghella, who won the Oscar for “The English Patient” and was nominated for “The Talented Mr. Ripley” and “The Reader.” Such lineage in the industry didn’t prove beneficial in convincing his parents to accept his interest in following in his father’s footsteps, Minghella says.

“[It was] very discouraged, and they were sort of embarrassed that I had no other interests,” he says dryly. “I think they really wanted me to be an academic. They forced me to go to college even after I’d been working for a while. I think they were really keen for me to not just know about one thing.” 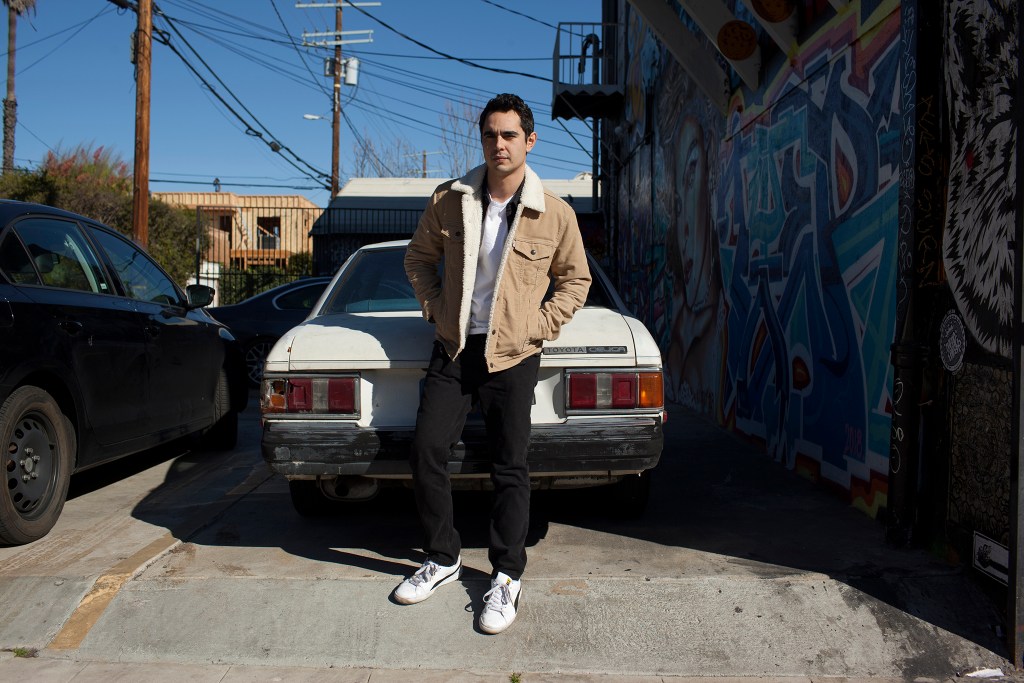 Now, with his first film under his belt, Minghella contemplates how his career moves forward from here. He still acts, and will reprise his role as the broody is-he-good-or-evil Nick on the third season of “The Handmaid’s Tale,” out this summer.

“I love doing the show. It’s been the best experience I’ve had as an actor in my life. It’s a family. It’s a really good feeling being there,” he says of “Handmaid’s.” “It’s kind of given me a totally different perspective on [acting], but I would definitely say I feel more useful directing than I do acting, if that makes sense. I wouldn’t cast me in something, but I would maybe hire me to direct something. I’m much better behind the camera than I am in front of one.” 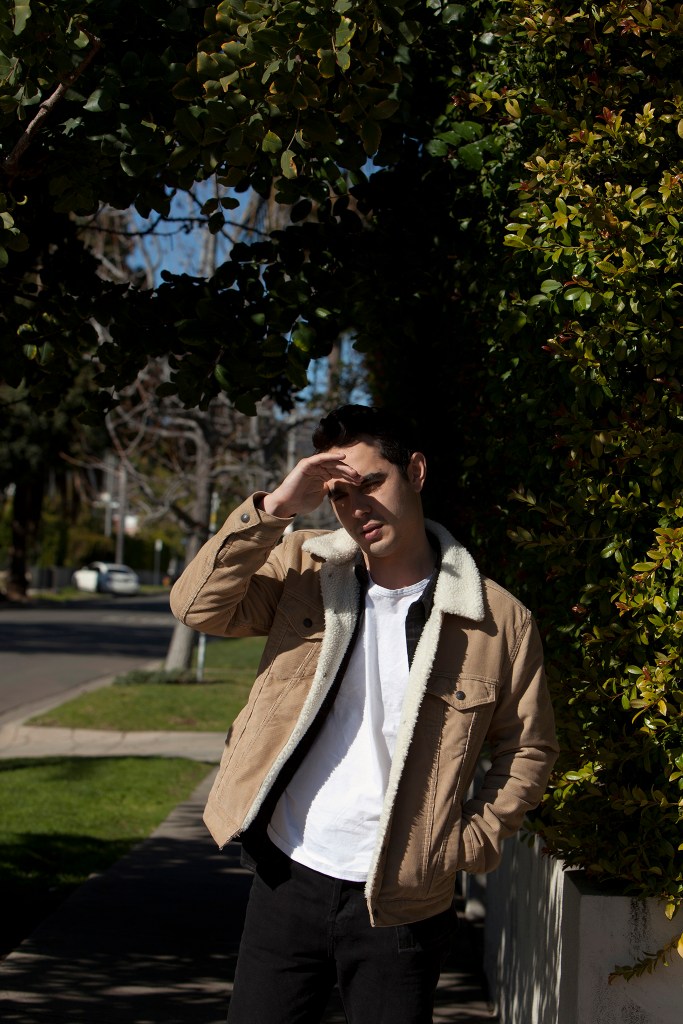