At 69, the Los Angeles-based model, mother and grandmother finds herself busier than ever. 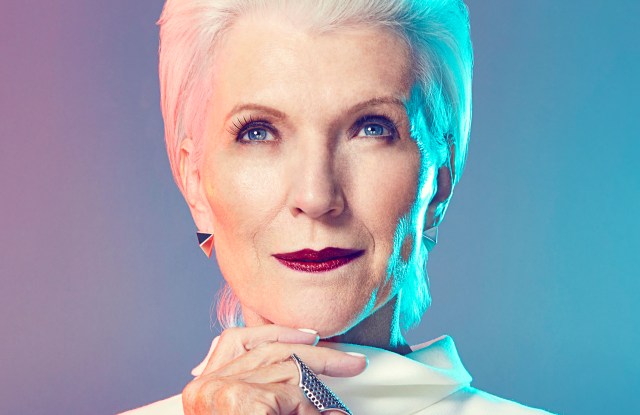 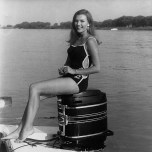 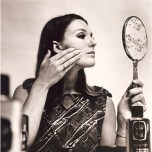 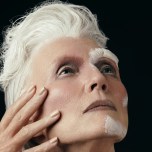 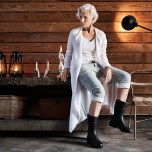 At 69 years old, Maye Musk likes to proclaim she is just getting started. The Los-Angeles based model, who is a mother and grandmother, might have started her fashion career as a mere 15-year-old, but it’s decades later that she finds herself busier than ever.

Of course, it helps that her three kids are all very successful — filmmaker daughter Tosca, food entrepreneur Kimbal, but especially her other son, Elon of Tesla and SpaceX fame. If Elon got his forward-thinking futurist bent from someone, it appears to be Maye.

Defying the stereotype that Baby Boomers can’t adapt to the digital age, social media’s most fashionable sexagenarian tells WWD about how she owes her modeling resurgence to Instagram and her plans for turning 70.

WWD: What got you into social media?
Maye Musk: I’ve been on social media for quite a long time, maybe because I’ve been sending out nutrition information. With Instagram, it was a few years ago that my best friend’s daughter said to me, “you have to go on Instagram! All the models are on it,” and [at first], I thought why would I do that, why would I go and post a picture on Instagram?

So then you know, I posted healthy food and nobody really cares, then I posted a photo of me walking on a beach and still nobody really cares, and then I posted some of my modeling photos and the followers just loved it. As you’ve seen I try to vary. I’ve had coaching from friends and people, even on model shoots, they all share ideas. “You have a face [shot], then a full body, and then you do a black-and-white” just so the whole page looks pretty. You should also try to not do too many shots from the same shoot, and if you don’t get enough “likes,” you delete it. You kind of learn the game, and I call it “boast” rather than “post” because all you’re really doing is boasting about your work. I’m so flattered that at 69, people are booking me and finding me on Instagram.

WWD: When did you set up your Instagram account?
M.M.: That was two or three years ago.

WWD: When you started your career, was there any equivalent to social media?
M.M.: I started my career at 15 years old and we only had agents, and the agents pretty much booked you. There wasn’t any power to promote yourself. Although, when I was living in New York, I would go to a restaurant and someone would say to me “oh, we’d love to shoot you for such-or-such,” so then I would get their card and give it to the agent. Sometimes I would be walking down the street and somebody would ask me. As a model, all you did was take their card and pass it on. Today, people don’t realize there are older models at agencies.

WWD: Do you think other people could replicate your career?
M.M.: A lot of people comment “goals” or “inspiration,” so I suppose some want to. You need to know that it’s harsh and you get rejected a lot, you have to accept that this is the model business. You get many options and you might get most of them or 25 percent of them, but until you’re booked, you don’t get too excited, although you actually are.

I get excited to still be booked today because I couldn’t have thought something like that when I was 20, if I had said I’d be modeling at 69 they’d have locked me away. This was unheard of. But then I had three kids and at 28, I was a mother and a bride.

WWD: You have very successful children. How much of your appeal do you think is related to Elon?
M.M.: At yesterday’s shoot we were at least 30 people, for a TV commercial — so many people asked me if I had any children, to which I replied that I had three. I guess then that it’s not related to Elon. The fashion industry doesn’t recognize my surname.

WWD: What does he think of you now being so busy with work?
M.M.: They’re all happy that I’m still working. They don’t think anything’s changed because they’ve always known me as a model and a dietitian, they didn’t expect for anything to change. It all just continued. They are used to seeing me on magazines.

I would say, 20 percent of my time is alone, which I love. Twenty percent is with my grandchildren and children, and of the rest, I would say that modeling has taken over a bit, with 30 percent being a nutritionist with talks and interviews about nutrition, and the rest [of my time] is modeling. I model a lot now.

WWD: It seems like your experience with social media has been overwhelmingly positive. Have you ever encountered a negative side to the Internet, such as bullies?
M.M.: I think people respect my age and I don’t really get anything mean. There’s nothing mean about a grandmother working. How could someone say something mean about that?

WWD: Are you the most social-media-savvy in the family?
M.M.: I think I am the most on Instagram, I’m pretty savvy. I’m also more on Twitter than my kids. They don’t need it much. But they’re very good at it. Elon just coughs and he has another million followers, it’s hard to compete with that.

Sometimes my kids re-tweet some of my stuff. Elon re-tweeted an article from The New York Times with a caption along the lines of, “proud of my momma” or “my momma’s awesome.” But his followers are not my followers. My followers are more from the fashion industry, and people who want to eat healthy.

My grandchildren think I’m addicted to it. You never know what the Internet world is heading toward. Is it always going to be Instagram or is something new coming up? You never know. We didn’t know Instagram would be doing so well a few years ago. You just have to keep up-to-date and see what’s happening in the future.

WWD: What are your plans for your 70th birthday?
M.M.: It’s all up to my kids. Every five years they throw a big party for me, people fly in from all over the world, or it’s family and friends. They usually have more savvy ideas than me, but I don’t even know where I’ll be ’cause I’m traveling so much now. My birthday is on April 19. We have a lot of weekend get-togethers coming up in the next couple of months and I guess somebody will bring it up. I have to be in town for it. We don’t always celebrate our birthdays on our birthday, but more when we all can get together.

RELATED: Christie Brinkley on Ageism, Healthy Living, and How a Sick Puppy Started Her Career >>