Few were as successful in the matrimonial market as the Mdivanis, Georgian noblemen who were known in the society pages as the Marrying Mdivanis. 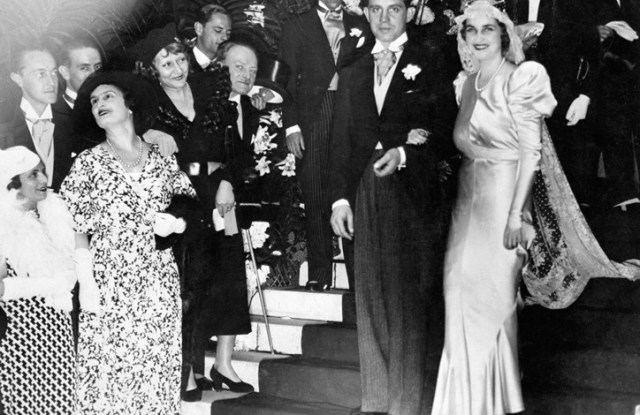 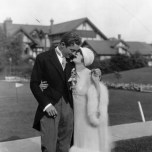 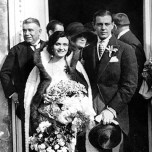 There were plenty of Russian aristocrats at loose ends in the world after the Bolshevik Revolution. But few were as successful in the matrimonial market as the Mdivanis, Georgian noblemen who styled themselves as princes and were known in the society pages as the Marrying Mdivanis. Their parents were Zakhari and Elizabeth Mdivani, and some thought their titles legitimate; others disagreed. But they certainly had a knack for running through cash, leaving their wives considerably less well-off than they had found them. “Prince” Alexis Mdivani, born in 1905, initially married Louise Astor Van Alen in 1931, a member of the Astor family, then divorced her to become the first husband of the quintessential poor little rich girl Barbara Hutton, from 1933 to 1935. Unfortunately, he was a terrible husband — he ridiculed her, drank heavily and gambled compulsively. Hutton was the richest woman in the world at the time, and like all of her husbands — except her third, Cary Grant — Alexis left her with a substantial settlement, several million dollars in his case. He died in a car accident, however, shortly thereafter.

Serge Mdivani, born in 1903, married the great Hollywood star Pola Negri in 1927, but her money disappeared in the crash of 1929. So in 1931, he moved on to top opera singer Mary McCormic, who divorced him in a scandalous trial two years later. His next wife was his former sister-in-law, Louise Astor Van Alen, whom he married in 1936, but, sadly, Serge was killed in a polo accident later that year.

David Mdivani, born in 1907, married actress Mae Murray, who was a major star in silent films, in 1926, and had a son with her. He became her manager and advised her to leave MGM — a bad idea — which she did. After he drained her coffers, she divorced him in 1933, and a big custody battle ensued. His next spouse was Virginia Sinclair, a Sinclair Oil heiress, whom he married in 1944, and they had another son. David died in 1984.

Their two sisters married well, too: Isabelle Roussadana Mdivani, called Roussy, born in 1906, was a sculptor who wed Spanish painter Jose Maria Sert in 1928, succeeding the legendary Misia Sert as his wife, but died in 1938. Nina Mdivani was married to international lawyer Charles Huberich from 1925 to 1936, then wed Dennis Conan Doyle, a son of Arthur Conan Doyle, the creator of Sherlock Holmes. After her husband died, Mdivani married his secretary, Anthony Harwood, and she became concerned that the Conan Doyle literary estate was being badly run. Eventually, after a number of lawsuits between them, she bought out Conan Doyle’s widow Jean, his daughter, Jean, and Anna, the widow of his son Adrian, with a loan from the Royal Bank of Scotland, creating an Isle of Man corporation called Baskerville Investments. Literary agent Jonathan Clowes then went on to restore the income of the estate, which rose to 100,000 pounds the first year and almost 200,000 pounds the second.

Unfortunately, however, Nina and her husband quickly burned through this money, without bothering to repay the bank. Baskerville went into receivership and was bought by Lady Etelka Duncan, the mother-in-law of TV-movie producer and director Sheldon Reynolds, who had wanted to get a license to produce a new Sherlock Holmes series. The Conan-Doyle literary estate is still administered by Lady Duncan’s daughter, Andrea Milos-Plunket. Nina died in 1984. You can’t make this stuff up.