Tara Austen Weaver chronicles becoming a member of the meat club in her new book, “The Butcher and the Vegetarian." 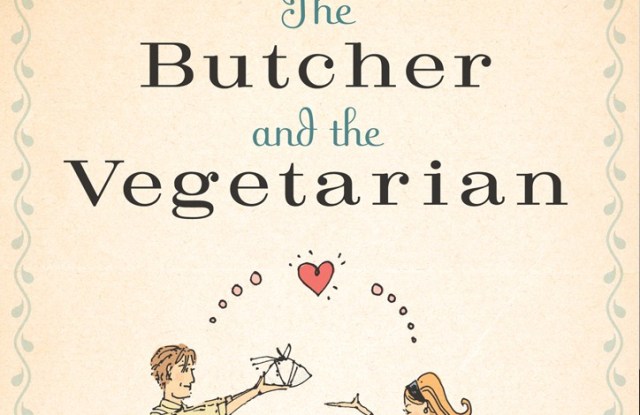 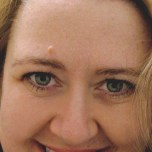 Right now, to love food is to love meat. Even with popular material out there analyzing the alternative — Michael Pollan’s “The Omnivore’s Dilemma,” Jonathan Safran Foer’s “Eating Animals,” the documentary “Food Inc.” — the thinking seems to be that you’re not a true culinary connoisseur unless you delight in offal, pork belly and charcuterie. It takes guts to eat, well, guts.

“I don’t know a single vegetarian [where I live in Seattle],” says food writer Tara Austen Weaver, whose new book “The Butcher and the Vegetarian,” out next month from Rodale, details her journey from herbivore to carnivore to something in between. “The idea that you would choose to give up flavors is just so foreign to a lot of these people.”

For years, Weaver felt this otherness intimately. Raised in northern California by a staunchly vegetarian mother, she and her brother grew up eating tofu, rice cakes and “vegetable gruel.” By 12, she started to notice symptoms of what doctors diagnosed as a thyroid condition. But even after medication Weaver continued to feel sick. After trying everything from cutting carbs to changing her shampoo, she went with a Chinese acupuncturist’s herbal treatment. The catch? Her special stew required homemade chicken stock, not exactly a staple for a lifelong vegetarian.

Weaver took the plunge and chicken stock led to beef stock, which led to steak and a bounty of barbecue. Still loyal to her earthy background even while indulging her newfound meat curiosity, she wondered about the origins of the food she was consuming and asked a local purveyor, Prather Ranch, if she could visit their farm.

“From the first e-mail, they were like ‘Come Tuesday! It’s slaughter day!’” she says. “They were very, very transparent. Granted, they work really hard to have an operation that they can be transparent about.” Weaver was allowed to take notes and pictures during the slaughter. “I actually walked away with a lot of respect for what they’re doing,” says Weaver, who nevertheless still sticks to a predominantly plant-based diet. “It allowed me to feel good if I choose to eat meat.”

Which she does, on occasion.

Not long ago a friend offered her a bite of osso buco during dinner. “He made me a piece of toast with a huge hunk of bone marrow,” she recalls. “He was so excited because [meat eaters] want to share with you the joy of this flavor that they love. And you’re just sitting there thinking, ‘What do I do? Do I break his heart?’”

So Weaver ate three bites. As she puts it, “No one wants to be the buzzkill at the bacon party.”