Jodie Comer, the 23-year-old British actress in BBC's "Thirteen," will next star as Elizabeth of York in "The White Princess" on Starz. 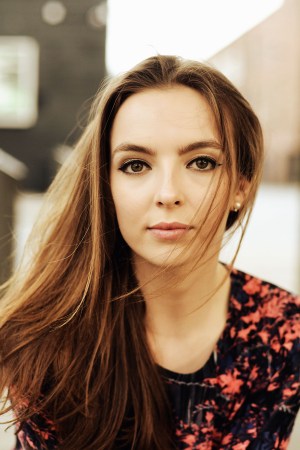 It’s a rite of passage for plenty of young British actresses on the rise — to squeeze oneself into a corset, step into a hoop skirt and channel a Victorian-era accent for a tried-and-true period piece. But for 23 year-old Liverpool native Jodie Comer, her breakout came instead at the hand of a kidnapping thriller, “Thirteen,” which recently wrapped on BBC America. Lest she be worried, Comer’s time in historical Britain is imminent.

Comer grew up taking part in her local theater’s Saturday school, along with a role in a radio play that she nabbed via a reference from her drama teacher. “I got the part and was working with the professional actors,” she says. “And one actress was kind enough to introduce me to her agent. From there I just started booking jobs. I enjoyed acting, but I was kind of unaware of the fact that you could do it for a living, as a career.”

Since then, every role she’s taken on has been with the BBC, which she refers to as “a little family. They kind of want you to make your way there.” Her desire to play Ivy in “Thirteen” was the urge for change. “It came at a time in my career, and just life in general, when I was really hungry for a challenge,” Comer says. “And when I got through the script with ‘Thirteen’ I was like, ‘Oh god, this is exactly what I’m looking for.’”

She played the lead character, Ivy, a 26-year-old who has escaped after being held captive for 13 years having been kidnapped as a teenager. “It really followed her story of trying to get to normal life again,” she says. “She was kind of stuck in this limbo where she hadn’t grown up and she’d come back and it had just changed.”

The show, which aired this summer on BBC America, originally launched in the U.K. on BBC Three, an online-only platform. “At first it was a bit like, ‘Oh god, are people going to see this?’” she says of the web debut, which, as streaming services like Netflix and Hulu now know, is the way most viewers prefer to consume their content. “People seemed to really enjoy it and I think the pace of it has really attracted people,” she says. “We hear these stories often enough in the news and it fascinates people, and [the show] gave people an insight to maybe what these people go through, or what their families go through.”

Next year she switches gears and will play the first Tudor queen, Elizabeth of York, in the upcoming Starz series “The White Princess,” the sequel to the 2013 BBC series “The White Queen.” The bar is set high: the original, which starred Rebecca Ferguson and Max Irons, was critically lauded, earning nominations for three Golden Globes and four Emmys. “‘The White Princess’ follows Princess Lizzie who was forced into marriage with Henry Tudor,” Comer says. “It’s kind of about how their marriage united the Yorks and the Tudors — the two families do rival, but have to unite.”

Such a role is a stark contrast to her most recent portrayal of Ivy. “One thing I loved about playing Ivy was not having to worry about what you look like,” Comer says. “It was so refreshing to go on set and not brush your hair and maybe have dark circles drawn under your eyes — and you don’t have to worry. Whereas ‘The White Princess’ is an hour in costume, an hour in makeup and most of the costumes are quite uncomfortable — it isn’t very glam.”

The life of a Tudor royal is certainly earning her stripes in the British period genre. “In particular, one thing I’ve realized is that they always have ladies in waiting following them around, and those people would literally be with you 24 hours a day. They’d be with you in your bedroom, and if you went to the toilet they’d be in the toilet with you,” she says. “I’m quite happy not to be a royal in that time.”