Megan Thee Stallion Is a Scholar With Dreams of Giving Back

The rapper from Houston who’s been on everybody’s mind this summer — and topping the charts — contains multitudes.

At the Coach runway show on Tuesday afternoon, two friends freaked out on The High Line at 30th Street and 10th Avenue. They’d heard the rapper Megan Thee Stallion, one of the most popular new artists of 2019, who experienced rapid ascent during what she’s coined the “Hot Girl Summer,” was at the show. And it was true — even though she initially thought she wouldn’t be able to make a New York Fashion Week appearance due to being on tour and taking online classes at Texas Southern University, the musician born Megan Pete shoved a trip to Manhattan into her schedule. So she was there, as the friends said, brimming with genuine excitement. She’s tall, and in her heeled boots, reached over six feet, fulfilling the nickname “Stallion” she got while she was in high school. It’s a term from Texas that refers to a tall, beautiful woman, and certainly applies to her, as she’s a force when she walks onto the High Line. She commands eyes to follow her, just like she does when she’s on stage and she’s dancing, spitting her sexually charged lyrics, twerking.

But if you were to judge the 24-year-old solely upon her performances, you’d miss a large part of the person therein. Megan Thee Stallion is funny, a little dorky, honest, transparent and charming. When asked about why she recently stopped eating vegan, her voice raises a few octaves and she says in a sing-song manner, “I really love cheese! Can’t be a vegan eating cheese.” She’s got a nerdy-sounding laugh: a high-pitched bark mixed with a sharp release of air.

And she’s humble. The A Tribe Called Quest rapper Q-Tip, whom she calls “the greatest of all time,” is one of her mentors, and often keeps up with her over text — as does Nicki Minaj, with whom she collaborated for the song “Hot Girl Summer.”

“They make sure I stay focused. They’ll text me randomly and be like, ‘Hey, are you good? Are you drinking enough water, have you studied? Are you doing your homework?’ It’s more that they keep up with me every day than are just spilling their advice on me. They let me do what I wanna do, but they make sure I’m doing the right thing.” 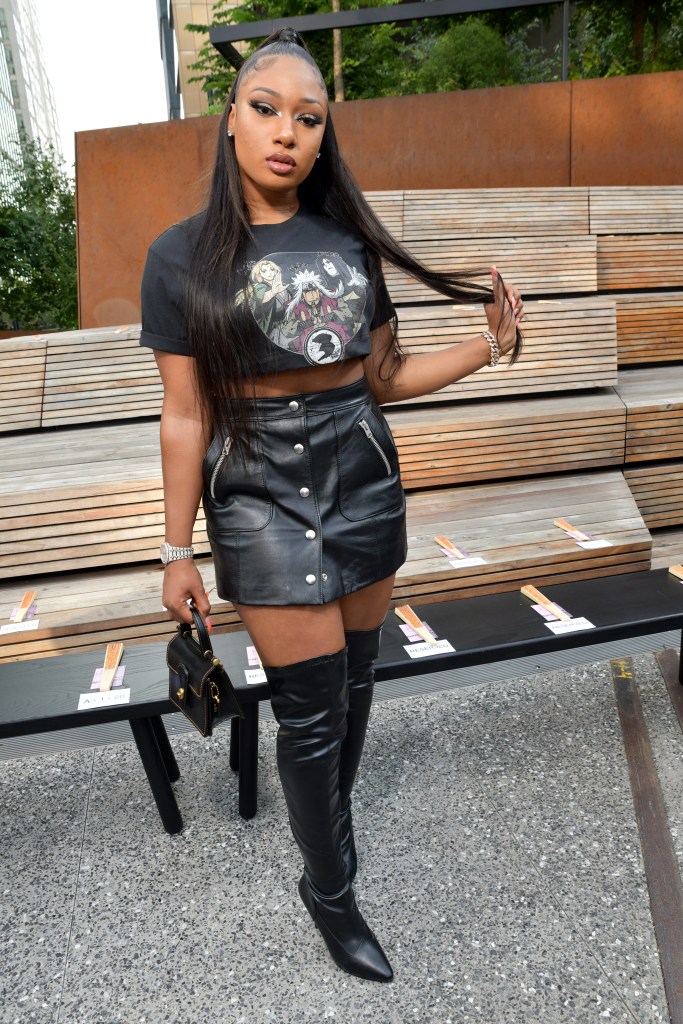 For Megan Thee Stallion, school started on Aug. 26: the day of the VMAs, the day the most exciting thing this year happened to her, and she won the Best Power Anthem award. The whole thing was emblematic of how she’s currently balancing her life, navigating a popping career and making her way through classes.

“I had to get onto the discussion boards, introduce myself, turn around, perform,” she says. “Every day, I’m like, ‘OK, well, hold on, I got an assignment due, y’all. Let me read this book real quick. Hold on, y’all, before the after party, I gotta turn in my work on Blackboard, and then we can go turn up.’ It’s just time management. My last GPA, I’m not even gonna cap to you, was like a 2.8. But I need that 3.0.”

Outside of her high expectations in school and ambitions in rap, it’s Megan Thee Stallion’s dream to open a network of assisted living facilities. She says she’s currently starting that process in her hometown.

“My great-grandmother, before she passed, owned three houses on the South Side of Houston,” she says. “So I’m thinking about renovating them and then turning them into the facilities. I’m getting everything together to start renovating and just trying to figure out who I’m going to hire. There’s a whole lot behind that. But I’m getting houses together first.”

Her great-grandmother died earlier this year, two weeks before her mother passed away in March from a cancerous brain tumor. She’s experienced the greatest success of her career while mourning the largest losses of her life in the same 12 months. When asked, she says, “I don’t want to talk about it.” She’s clearly thrown off, and puts her finger in her eye to fix her makeup. It almost feels like she’ll burst out crying. But she takes a breath and goes back to the topic of her accolades, while people stream onto the High Line to take in the show. They notice who she is. They gasp and try to surreptitiously take out their phones. Later, she’ll watch the models while sitting next to Michael B. Jordan and Kyrie Irving, cool as ever. If she’s nervous, she doesn’t show it. She’s convivial, pointing out a brown leather skirt she likes to Jordan and laughing with him. For now, she remembers her goals and what makes her happy and proud and she speaks them into existence.

“My first award ever? That’s crazy,” she says of the VMA. “That’s the award I wanted to win. The people voted, and I got it.”

More NYFW coverage from the Eye: