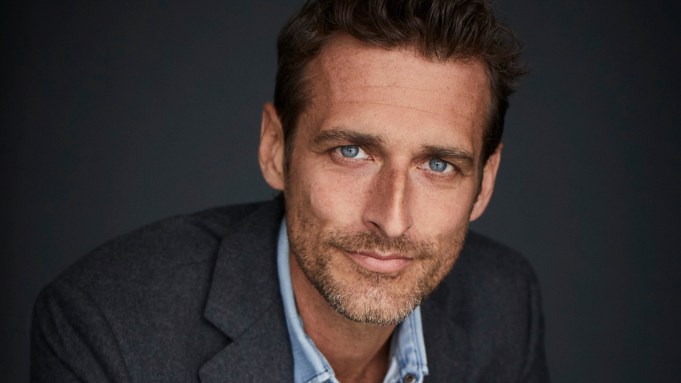 On a recent Monday morning in a Williamsburg studio in Brooklyn, N.Y., the camera had been turned on photographer Alexi Lubomirski, and he wasn’t crazy about the prospect.

This business of being the subject is not something he is accustomed to. Even though his portfolio spans fashion and the famous, Lubomirski is now known by many across the world as Prince Harry and Meghan Markle’s wedding photographer. Having shot the couple’s official engagement portrait, and the more at-ease and unceremonious shots, he was back on the scene Saturday to take the official photos.

Not the type to get starstruck, Lubomirski has worked with such A-listers as Charlize Theron, Lupita Nyong’o, Keira Knightley, Julia Roberts and Angelina Jolie for editorial and commercial shoots. In the lead-up to Saturday’s royal nuptials at St. George’s Chapel, he immersed himself in research. His personal reference file of 78,000 images always helps.

While Lubomirski’s wife has had “the wonderful problem of finding the hat,” he has steadied himself to be as prepared as possible. Nervous? You betcha. “But I meditate — a lot,” he said with a laugh. While a back-up plan is essential, there is always a let’s-run-with-it element, too. “If things are going well and you’re allowed some movement, then you can just build from that base and go as high as you like. It’s unknown, but it’s going to be fun. It’s going to be surreal. The whole thing is surreal,” he said.

Royal watchers now have his wedding day snaps to examine, but Lubomirski offered a glimpse of Harry and Markle in the pre-wedding interview. “They are fantastic — very open and very gracious. They are just good normal people. There are no airs or graces about them. They are supercute together, I mean, ridiculously cute. Every time they talked to each other, glanced at each other, there would be a little giggle, a little smile and the glint in the eye,” Lubomirski said, referring to their official engagement portrait shoot. “The beautiful thing about them is that they know what their platform is. They know how much good they can do with that platform. When you get two people like that, it’s a power team. Power couple.

“It was fascinating to actually get them in front of the camera and try to adapt what I usually do with other people to them,” Lubomirski said. “It’s the same as trying to get somebody comfortable, when you’re seated next to them at a dinner party. You just talk to them, you smile a lot and you ask them questions,” adding that people relax “as soon as they realize I’m not a tortured artist who is going to force my creative idea onto you.”

Born in England to a Peruvian/English mother and a Polish/French father, at the age of eight Lubomirski moved to Botswana with his mother and English stepfather. After finishing his homework “super-quickly and really badly,” Lubomirski watched six hours of TV, flicking through the five available channels incessantly and making up stories with the snippets of images. Although his own lineage makes him a prince, that wasn’t something he felt the need to mention. Relatability is his calling card. “On set, I always joke you have to be a psychologist, a therapist, a host of a party and then when everything is done, you can take a picture and be a photographer,” he said.

Last weekend’s wedding wasn’t his first encounter with Prince William or Prince Charles. As an assistant to Mario Testino years ago, they shot the younger royal on his 20th birthday and the elder, on another occasion, feeding his chickens. In that chapter of Lubomirski’s life, Katie Grand saw his test shots and published them in The Face magazine and later Harper’s Bazaar’s Glenda Bailey tapped him to shoot his first cover. They are two he thanks for helping to set him on his path.

While the world will now forever link him to The Firm, as the royal family is known, the photographer defines his life in different terms. Husband, father, vegan, fur-free, author, poet, diversity and sustainability advocate and Concern Worldwide ambassador all apply. But these are not footnotes for a bio. Lubomirski spoke of each emphatically, often circling back later to stress a point. “Apart from the massive honor it is to be able to do these [wedding] pictures, if it gives me a little bit more of a platform to shout from, then that’s a blessing,” he said.

“We have to wake up as an industry and really understand the way the world sees us. We’re supposed to be the leaders of ideas, creativity and inspire people, yet, we still operate in so many aspects in such old ways. To pick one thing, it’s just mind-boggling that we’re still using fur. There is no argument for it,” he said. “We used to be able to do whatever we wanted — put it out there and not have to answer for our actions. Nowadays pictures come out and immediately you have a reaction. The industry has to understand that. That’s why if they don’t address things now, they’re not going to have the respect they used to, the power to inspire or the credibility.”

Having lost touch with Testino as the years wore on, he declined to comment about allegations of sexual misconduct against him, preferring to address the issue in more general terms. “In the last few decades, I think the industry tried to normalize this behavior that you find with these photographers who have been outed. It’s really interesting that it was such an accepted aspect of the industry,” he said. “…It’s fantastic that people actually have a voice to speak about what happened to them.”

Lubomirski said: “It’s come on with such force, it’s impossible to ignore. If somebody came out with an abusive story two years ago, it would have been talked about and then forgotten about. That person would be taking pictures again two months later as we saw with certain photographers.”

Diversity in fashion is another battle. The lensman said he requests dark-skinned models 99 percent of the time, knowing that he will be beaten 50 percent of the time. His 2016 “Diverse Beauty” book was inspired in part by Nyong’o, who said seeing Alek Wek in Vogue change her view of beauty. “I wanted any young girl to be able to flick through the pages of the book and find one page that makes them say, ‘Oh that references me.’ Whether that be their ethnicity, disability — anything to do with their look.’”

Lubomirski’s other conquests include his second children’s book and a book of poetry. “I’ve always written poetry, but I’ve never wanted to put it out there in the world because that is really scary. It was always for my wife. Once a month I do a poem for my wife — a month-a-versary, I call it,” he said. “When we got married, I panicked because I overthink everything. You only have one anniversary a year, obviously, which seems like such a long time to do something romantic. I decided I would do a month-a-versary instead, writing a poem for her on the eighth of the month, [the number of] the day we were married. And I would give her a pearl and a rose because I’m a cheeseball.”

The neverending search for balance, which always sounds easier in theory than in practice, is not likely to even out soon. But after seeing how his stepfather graciously dealt with being given three weeks to live, Lubomirski likes to keep life in check. “I would love to be able to work until I die. I love being able to create every day and to meet all these fascinating people. But I do think,” he said, “it would be ridiculous to work in the manner that I was maybe five years ago where you’re just always chasing that cover. I know at the end of your life, on your deathbed, you won’t be thinking about the covers and the campaigns that you did. You’ll be thinking more about who did I help, who did you help achieve things, who did you love and those more important things.”