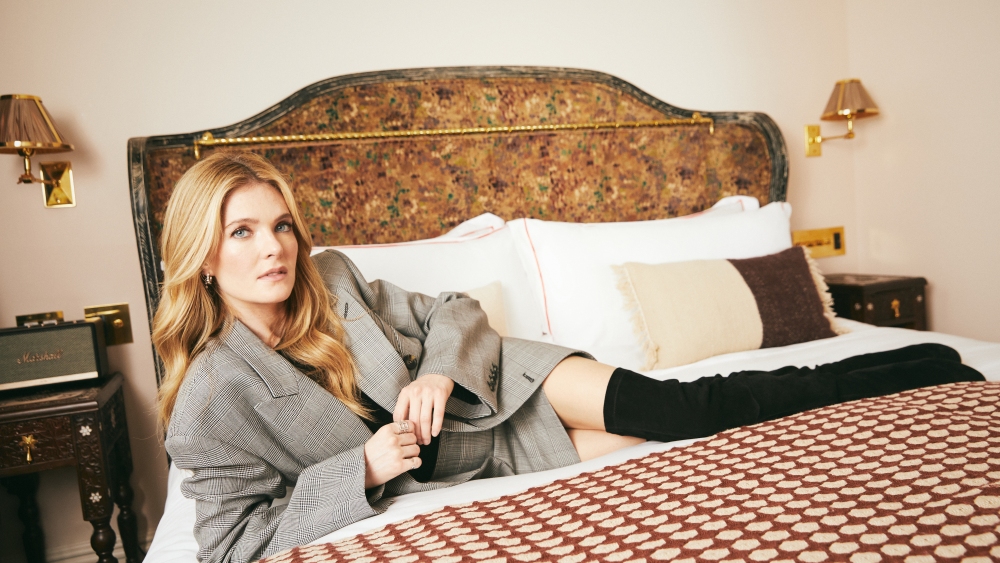 As each episode of “The White Lotus” premieres on Sundays on HBO, the subsequent hours are dedicated to online theorizing, recapping and praising, with increasingly frequent posts pointing to Meghann Fahy’s performance as Daphne being one of this season’s very best. So it’s crazy to imagine Fahy as anyone other than Daphne — which, she says, is creator Mike White’s superpower.

Fahy originally auditioned for season one, for the role that eventually went to Alexandra Daddario.

When the first season aired, she became a diehard fan and eventually was sent the script for season two.

Fahy’s Daphne has become one of the season’s breakouts and her fate is the only one viewers are sure of as they head into the finale this Sunday. (Daphne discovered the floating dead body in the first episode.)

Daphne was originally described to Fahy as “sunshine,” she says. “She’s just a good time girl. And at a certain point in the audition process, I got a little bit more information about what’s going on between her and [her husband] Cameron. But when I first auditioned, I didn’t really know a lot about that stuff,” she says. “She’s really a dynamic lady….When you know that you’ve got lots of different levels that you can play of a character, that’s always so exciting.”

It was also made clear to her early on that Daphne is not a victim, but very much in control of her circumstance.

“That was the key to her, in some ways, because I think the dynamic between Daphne and her husband, Cameron, is one that we’ve seen an iteration of before on TV and in film. So I think the fresh take on that was that this is not a woman who is agreeing to a set of circumstances that her husband has sort of laid out for them because she’s like, ‘I’d rather have him like this than not have him at all’; she’s sort of an active participant in an agreement that they’ve made together,” Fahy says. And I think that, as soon as I knew that, it sort of informed everything that happens to her after that.”

The audience really sees that in a scene between Harper, played by Aubrey Plaza, and Daphne, where Daphne alludes to the fact that one of her children’s fathers is actually her personal trainer, not her husband Cameron.

“For me, I think she is sort of brazenly hinting at the fact that she may or may not be having an affair with her trainer, and her son may or may not be her trainer’s son. And of course, it’s sort of elusive in the way that the audience really gets to decide what they think,” Fahy says of the scene. “But yeah, I think that she’s basically revealing her private life and what she does that he doesn’t know about.”

As for what the audience can expect from Sunday’s finale?

“I think people are going to be truly shocked. Like sincerely,” Fahy says. “Because I was when I read the script. I couldn’t believe it. [It’s a] huge surprise.”