Last week the actress took out a series of ads in the Hollywood trades that caused a minor sensation. 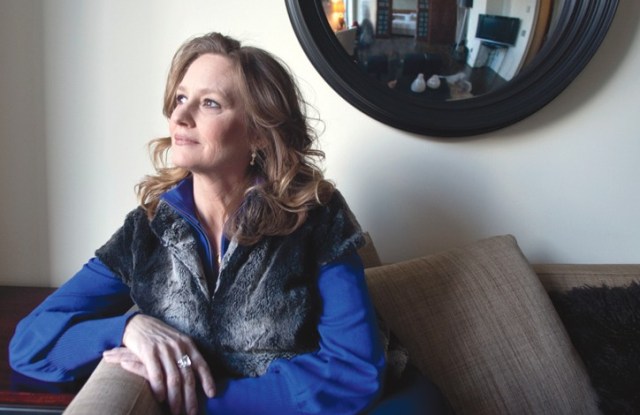 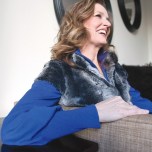 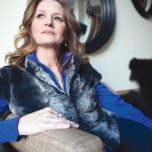 Last week the actress Melissa Leo engaged in a bit of self promotion. In a series of ads she took out in the Hollywood trades, Leo advised her industry peers to take note of, well, her.

“Consider…” the spots read in large print over a portrait of the actress sporting a closed-mouth smile that bordered on a smirk. “Melissa Leo.”

With Oscar ballots out and the ceremony in sight, “for your consideration” are among the three most written words in Hollywood advertising this time of year, but that sort of thing is typically left to the studios. So it’s no surprise that Leo’s self-financed campaign caused a minor sensation on the industry blogs that scrutinize every step in awards season.

“I did hear a lot of very positive comments, particularly from women of a certain age who happen to act for a living and happen to understand full well the great dilemma and mystery of getting a cover of a magazine,” Leo told Deadline Hollywood reporter Pete Hammond after the ads ran.

Age is something of a flash point for Leo. At 50, and nearly 30 years into her career, she is enjoying an extended moment that began with her Academy Award nomination for 2007’s “Frozen River” and reached full boil this year, with another Oscar nomination for her performance in David O. Russell’s “The Fighter.” In the film, Leo plays Alice Ward, the matriarch of the real-life Lowell, Mass., boxing clan that includes Micky Ward, played by Mark Wahlberg, and Dicky Eklund, played by Christian Bale. The performance has already earned Leo a Golden Globe and a Screen Actors Guild award and made her the front-runner for best supporting actress at the Oscar ceremony on Feb. 27.

Still, for reasons related to age, the role was one she had to be convinced to take.

“I’m only 10 years older than those boys,” she tells WWD. “I’m acutely aware of women’s ages in my industry and what gets portrayed. And it’s not the first role that I’ve questioned: ‘don’t you, can’t you think of some great actress who’s 10 to 15 years older than me?’”

While it is tough to argue with Leo’s intentions, it’s also difficult to picture anyone else inhabiting the fierce, flawed mother-turned-manager. Leo loses herself in Alice, a feat assisted by her bleach-blonde bouffant and Nineties-era shoulder pads.

“[Costume designer] Mark Bridges put those outfits on me, the hair and makeup team in the trailer got me doo-ed up and ready,” Leo said, “and I walked out and the whole town of Lowell said, ‘Hey Nana!’ which is what the family calls Alice, or ‘Alice good to see ya! My God you look 20 years younger!’”

Costuming aside, Leo says it took meeting the real Alice Ward for her to truly realize the character.

“Then I didn’t feel so far,” she says. “Then I saw that bridge between her and myself. It had to do with recognizing her growing up in a time — a time my mother’s mother grew up in, and my father’s mother as well.…I could not only put on external bridges — dress and shoes and things — but live inside and breathe as Alice Ward, which is something I find necessary to do, even though some people think it’s silly, when I’m acting.”

Since “Frozen River,” Leo’s abilities have been in high demand. In addition to “The Fighter,” 2010 saw the actress in “Conviction,” alongside Hilary Swank and Sam Rockwell and “Welcome to the Rileys” with James Gandolfini and Kristen Stewart. She has a supporting part on HBO’s upcoming Todd Haynes-helmed remake of “Mildred Pierce” and is now filming the second season of David Simon’s post-Katrina drama, “Treme,” for the channel. (“Best job I ever had,” she says of the show.) For booking purposes at least, that ad campaign might not have been completely necessary.

“If I can work, I’ll work,” Leo says. “If they’ll pay me, great — if they’ll pay me a little more, terrific.…Get an Academy Award nomination? OK, I’ll just keep walking my path. What’s in front of me? David Simon, a show with you guys, where? What about? Oh my God I’ll be there in a second! Todd Haynes, Mildred Pierce, what Kate Winslet? Yes, oh yes!”