Melody Gardot, who performed at the Cannes Film Festival, kicks off her tour in New York. 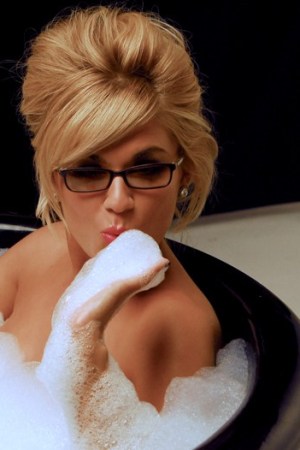 Melody Gardot never thought a near-fatal car accident in 2003 would launch her career as a rising star in the world of jazz. After being told she would most likely never recover, Gardot, who suffered a fractured pelvis and spine as well as memory loss, taught herself to play guitar while laid up in a hospital bed for a year. Musical therapy apparently worked to reconnect the 25-year-old singer and songwriter’s nerve pathways in her brain, and Gardot has since become a sensation in Europe, especially France, where her latest album, “My One and Only Thrill,” hit double platinum with more than half a million copies sold.

Gardot, a native of New Jersey who later lived in Philadelphia, where she played a piano at bars at age 16, got her first break in 2005 when she produced 1,000 copies of her first release, “Some Lessons: The Bedroom Sessions,” even though she was broke. She thought she would end up wallpapering her bedroom with the CDs, but she sold out in four months. Most recently, Gardot, a self-confessed Francophile whose songs shoulder jazz and blues, presented an opening-night musical performance for Tim Burton at the Cannes Film Festival. Her national tour, for which Alber Elbaz provided the wardrobe, kicks off tonight at the Central Park SummerStage with The New York Pops, followed by stints in Boston, Washington, Chicago, San Francisco, Portland and Seattle.

WWD: Where do you get your inspiration?

Melody Gardot: I just sing. I sing in the shower and I sing onstage. I’m not a singer who has anything to prove. My songs are heavily rooted in melody and jazz, so it’s fun. Duke Ellington, above all, inspires me. With “The Afro-Eurasian Eclipse” [1971], he was on the edge of hip-hop before it was happening. While studying tango, I was inspired by Lhasa de Sela and her “La Llorona” record, a beautiful Portuguese-sounding song.

WWD: What was it like being at the Cannes Film Festival for the first time?

M.G.: It was very difficult, because we had to arrange the music on the sly and then rearrange the music on opening day. I wore this coat [by Lanvin] that was covered with plumes and gems from head to toe with a Venetian mask purchased at a sex shop — something you would imagine Elizabeth Taylor wearing. I changed into a greenish gold dress that made me look like a character from Tim Burton’s “The Nightmare Before Christmas,” or a sexy green blob. The following day, on the red carpet, I was dressed like a bird with feathers everywhere with little shoes that looked like birds’ feet. I sent Albert [Elbaz] a digital scrapbook to thank him.

M.G.: Lanvin is cool because I want to be a woman, not the idea of trying to be a woman. Some women run from it. It’s nice to embrace the idea of being a woman. In Cannes, a couture shop was set up on the fifth floor of the 1835 White Palm Hotel for VIPs, with about 150 dresses on six racks. I only picked four and they all happened to be vintage Lanvin. One was a simple red dress that looked like it would move with you when I picked it up. It could have been Sophia Loren in a dance.

WWD: What are you working on next?

M.G.: Meetings in Zurich to discuss products and merchandise. But I just can’t do anything cliché, like T-shirts for 15- and 18-year-olds. They’re not my audience. My audience dresses like they are going to an opera.

WWD: You’ve been on tour in Europe and Japan for two years. Do you have a personal life?