Not many music fans can claim Beck as their career counselor, but that's exactly what he was to photographer Autumn de Wilde. 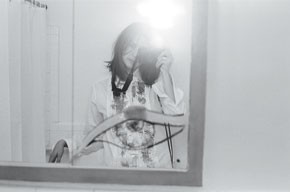 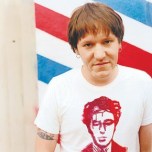 Not many music fans can claim Beck as their career counselor, but that’s exactly what he was to photographer Autumn de Wilde. The Los Angeles-based singer suggested de Wilde go pro after seeing some shots she took for fun during one of his concerts in 1994. “I didn’t know what I was doing,” she admits.

Things have certainly changed: In the ensuing years, de Wilde has become the indie-rock photographer of choice, working with Pavement, Death Cab for Cutie, The White Stripes and Rilo Kiley. She also has widened her lens to include the worlds of fashion, film and art, working extensively with Rodarte’s Kate and Laura Mulleavy, director Michel Gondry and artist Miranda July. Now, de Wilde is publishing her first book, “Elliott Smith by Autumn de Wilde,” about the wistful folk-pop singer-songwriter who committed suicide in 2003 at age 34. Alongside her photographs — which range from album cover shoots to private moments — are interviews with Smith’s family, friends and fellow musicians.

This story first appeared in the November 29, 2007 issue of WWD. Subscribe Today.

“There isn’t enough for people who miss Elliott to look through. Everything is so scattered,” says de Wilde by phone from Los Angeles, where she lives with her young daughter. But putting the book together was not an easy process for her. “It was very painful,” she continues softly. “It’s very strange to have a subject who was so important to me — and was so important to the way I did things after that. I lost a muse.”

Featured in the tome are photographs de Wilde took of her first encounter with Smith — a night out and the morning after in New York’s Lower East Side a decade ago. The two had met briefly in Los Angeles, and de Wilde, in New York to visit a friend, recognized Smith on the street.

“I just waved like an idiot, thinking, ‘Of course he doesn’t know who I am,’ but he asked me to join him for a beer,” she remembers.

De Wilde, who takes her camera with her wherever she goes, took a few shots of a playful Smith standing on the sidewalk over the graffitied word “Freak.” Those prints ended up in her portfolio, which wound up in Smith’s hands a year later when he was looking for a photographer to shoot the cover for his album “Figure 8.” He tapped de Wilde and the two began their collaboration.

“It was an intense period. Everyone wanted photos of Elliott — which was exciting and overwhelming. But I don’t think it was exciting for him,” says de Wilde of those few years, when Smith’s star was on the rise. “He was definitely uncomfortable with the amount of attention that he was getting and what was required of him. He lost a lot of his anonymity and that must have been difficult for him.”

It helped that de Wilde’s working style is nonintrusive — something she picked up from her father, an amateur photographer who captured icons of his time such as The Mamas and the Papas, Jimi Hendrix and Ravi Shankar. (Some of his photographs recently were exhibited at Paris store Colette alongside those of his daughter). The relaxed practice has made her beloved by subjects like multimedia artist July.

“Autumn was the first photographer I felt comfortable with. It was like we were hanging out,” says July, who has since been inducted into de Wilde’s extended “family” and thereby introduced to the Mulleavy sisters, whose after-show party she hosted this past fashion week.

“You completely trust Autumn,” says Laura Mulleavy. “She has the most calming effect.”

The result of de Wilde’s hang-loose approach was rolls and rolls of film of Smith, as well as one video, for his song “Son of Sam.” Combined with the interviews, they reveal Smith as a deeply emotional artist as well as a jokester with a sentimental streak. “It was a very positive time, even though he had dark days,” remembers de Wilde, who spoke to Smith’s former bandmates and roommates as well as more famous friends over a period of a year. “I loved talking to [indie musician] Dorien Garry — when they both agreed that the one song that neither of them could listen to all the way through without crying was Phil Collins’ ‘Against All Odds.’ That’s what I loved about Elliott. He could be so ridiculous.”

But Smith’s musical achievements — like an Oscar nomination for his “Good Will Hunting” song, “Miss Misery” — were countered by his drug addiction, which ultimately drove many of his old friends away.

“A lot of us who really cared about him had already said our goodbyes,” she says of the period before Smith’s death. But she still defends him. “There was an article that came out recently calling him a ‘junkie songwriter.’ But he was not a junkie songwriter — he became a junkie. He was not prolific because of drugs and alcohol. He was prolific and couldn’t help it and made some very self-destructive choices towards the end. He was going through something, but it was a very private war.”