Eva Mendes joined the fashion crowd Saturday night at an A Magazine party on a rooftop overlooking the whole of Milan. 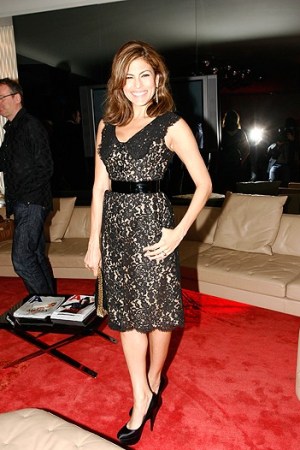 THE HEIGHTS: Eva Mendes joined the fashion crowd Saturday night at an A Magazine party on a rooftop overlooking the whole of Milan. Mendes was there to promote her film “Live!” which hits Italian cinemas this on March 6. “I have just come from Rome where I was seeing friends,” said the actress. Her next stop is Paris Fashion Week. “I am going to the Miu Miu show,” she enthused. Meanwhile Diego Della Valle, owner of Tod’s and Hogan,was mum if another film with Gwyneth Paltrow might be in the pipeline. She starred in the last promotional Tod’s film. “My son Emanuele has quite a few projects” he grinned.