Instead of dishing on his employer, Waverly Inn toque John DeLucie serves up his life story. 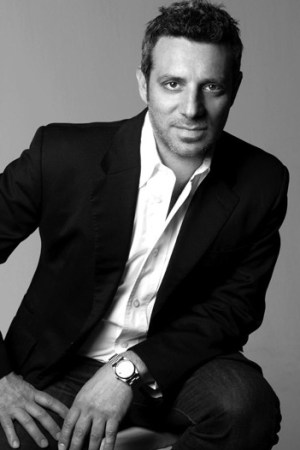 Waverly Inn watchers who are looking for the dish on the restaurant’s celebrity regulars will be disappointed by “The Hunger,” the memoirs of its executive chef/partner John DeLucie. But that’s exactly what DeLucie intended.

“What Anna Wintour eats for dinner is not something I want to talk about,” he says over breakfast at Morandi, the Keith McNally restaurant where DeLucie hovered over his laptop to write the book, which deals with his own life as a chef working in various kitchens in Manhattan. “She doesn’t want me to talk about it either. Why would I want to out our customers? That was not the book I set out to do, and that’s not the book I wrote.”

“The Hunger” reveals more about the 47-year-old’s transformation from a corporate recruiter — “I was taking insurance executives and moving them from one sh—y job to another one” — to a chef, traveling through kitchens at Nick & Toni’s, the Soho Grand and Tribeca Grand hotels and La Bottega along the way. He knew 10 years ago he’d have material for a book, given the colorful characters in the restaurant business.

“I was inspired by ‘Kitchen Confidential’ by Anthony Bourdain,” DeLucie says. “It was a very honest, unforgiving story, and what I wanted [to do].”

He’s more unforgiving about his own experiences than those of diners at The Waverly. The most eye-popping events in the book come through DeLucie’s personal life — two marriages, one mistress, two divorces.

And it isn’t like he completely ignores the eatery’s famous clientele. His accounts of run-ins with Robert De Niro, Jennifer Lopez and Karl Lagerfeld read like notes from a starstruck fan — “The Godfather of haute couture glided his 110-pound frame across the floor, elegantly followed by his apostles, and come to think of it, there might have actually been 12 of them coming for supper. This was some deep fashion s–t,” he writes of Lagerfeld’s visit to The Waverly.

Also included are how the staff handles dining requests by the likes of Rupert Murdoch, Richard Meier and Helena Christensen, who once asked DeLucie to bake The Waverly’s buttery biscuits for a dinner party at her townhouse. (“She was so desperate that she promised to cook me dinner in return. I delivered the goods but am still waiting for the dinner invite,” he says.)

Though The Waverly Inn’s main currency is the privacy it allows diners — no press are allowed to take photographs inside — Vanity Fair editor in chief and Waverly cofounder Graydon Carter gave his blessing to the book and even wrote the introduction. “I always knew John could cook a decent meal, but I’ll admit I wasn’t sure what kind of writer he would be,” says the editor. “Turns out he’s a very good one.”

Should Carter’s regulars be worried that other staffers are taking notes between food orders for their own books? “Nah,” he says. “But it does keep everybody on their toes.”