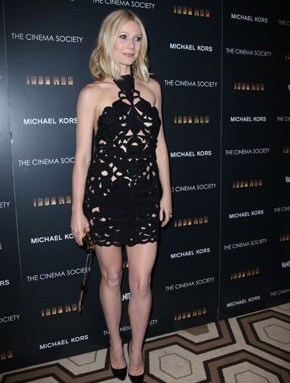 Though Robert Downey Jr. called the Cinema Society and Michael Kors’ showing of “Iron Man” on Monday night “the tastemakers screening,” the audience was whooping so loud throughout it you thought you were seeing it right in Times Square. “It was the best antiwar action movie I’ve ever seen,” said Tracey Ullman, at the after party at Odeon.

In the film, Downey plays a weapons manufacturer who turns on his own company (and creates a superhero suit) to destroy weapons his company has sold to the terrorists in the Middle East. Jon Favreau, who directed the film, was happy people were paying attention to the subtext, but he said a message was really secondary at best. “I made the movie because my last one was a flop and I wanted to make something people would actually see,” he explained. “And I wanted people to enjoy it no matter what their political affiliations were.”

Others in the crowd at the after party included Downey’s co-star Gwyneth Paltrow, Terrence Howard, Diana Ross, Aerin Lauder, and Leelee Sobieski.