Metric’s Emily Haines on New Albums, Made in America and Touring

The Canadian group talks college radio stations and putting aside ego ahead of playing the Made in America music festival. 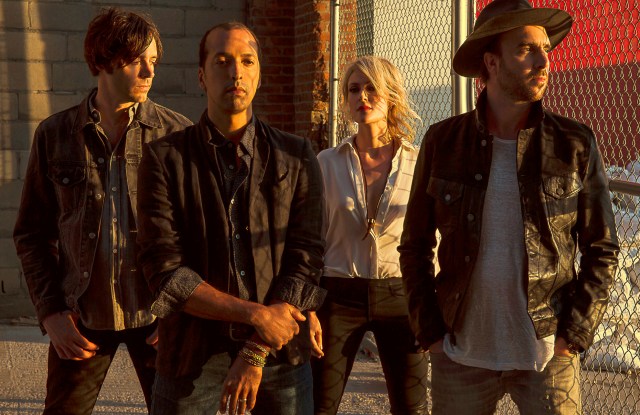 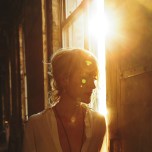 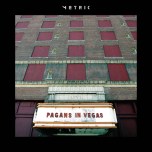 Metric, the Canadian alt-rock band composed of Emily Haines (vocals), James Shaw (guitar), Joshua Winstead (bass) and Joules Scott-Key (percussion), has been off the musical map since 2012’s “Synthetica.” But this fall, they’re making up for lost time. On Sept. 18 they’ll release their sixth album, “Pagans in Vegas,” which they plan to quickly follow up with another album in 2016.

WWD caught up with the band over the phone while the quartet is on the road with their “Pagans Across The Pond” tour. WWD spoke to Haines, the 41-year-old lead singer, ahead of their Labor Day weekend show at the Made in America music festival in Philadelphia.

WWD: “Pagans in Vegas” is the first of two albums you have coming out, with the second due in 2016 — how are the two records different?

Emily Haines: “Pagans” is synth-heavy, Depeche Mode-influenced, and “The Shade” [the first single off the album] is a summer fun jam. It’s really great with the crowd for the tour. “Pagans” was mostly Jimmy [Shaw] in his studio, with a lot of electronics. It’s a certain mood and feeling, a certain sound. We’re recording the second album on the road and are calling it the “road record.” It’s made this tour even more intense.

WWD: Tell us about the app you released on July 16 for “Pagans” — something you also did for “Synthetica.”

EH: For “Synthetica” it was a more playful and experiential thing. It had a finite lifespan, and that was it. This one, which we are calling the Pagan Portal, is an online ongoing platform to go directly to our fans and our music. It’s the feeling of a lot less people and smaller venues, the way we started out. Spontaneously throw someone on the guest list. Things we don’t necessarily want everyone to see.

WWD: You’ve done many covers over the years — who is someone you would love to collaborate with?

EH: With a collaboration I’m superstitious. Everything should be natural and feel meant to be. I try not to make it happen, which is not very 2015 of me, but I don’t want something fabricated where the label just puts it together. I’d love to work with somebody I haven’t met yet.

WWD: What new music are you listening to?

EH: Once we finish the album and the new records, then I’ll listen to new music. This isn’t the time for rest and leisure, leading up to the album. Right now I’m wanting to focus; I’m not putting on my earphones and rocking jams. But I like being in some random town and seeing what’s playing. I also like KXLU, a college L.A. station.

WWD: You’re performing at Made in America this weekend; how does playing a big festival compare to smaller shows?

EH: Smaller shows are in beautiful theaters with lots of charm. Radio City [Musical Hall] in New York — I like that feeling of a theater. Part of what’s important with music, and it’s not easy, is putting yourself out there. Maybe they haven’t heard of us or we aren’t the kind of music they normally like. You have to put aside your ego and say, “Yeah not everyone knows who we are but let’s have a good time.” And we’ve played for some really kind and supportive crowds, even though they haven’t heard of us. It’s a matter of realizing the world is big and saying, “Nice to meet you.”