The former Paper magazine editor, who left in June after speaking out on the publication's treatment of Black employees, turns their focus to music with a debut album, "XO."

Michael Love Michael had every intention of spending summer 2020 in France, taking up with a lover; instead, they are apologizing for the brief sound interruption coming from a passing flock of geese, who have taken over the audio pickup coming through on Zoom.

France it is not: Michael is working on a friend’s farm out West, having departed New York City in early June after leaving their post as culture editor at Paper magazine and seeking a period of reset.

“I’m just like, ‘OK. Well, I’m actually shoveling duck s–t.’ I didn’t see that coming at all,” Michael, who is non-binary and uses they/them pronouns, says. “But I mean, if there’s anything I’ve learned over the past six months or so, it’s just to remain flexible and open-minded. It’s like that saying of, ‘when you make plans, God laughs.’ So God is scream-laughing at all of us like, ‘Ha, ha, ha.’”

Michael is in a major period of transition: After a career in the media world, beginning as an intern for Rolling Stone and most recently a two-and-a-half year stint at Paper, the 32-year-old is giving full attention to their long-desired music career, with the release of their debut album “XO” last week. The album, which is centered on messages of self-love and empowerment, comes as a statement as the musician seeks to reestablish themselves in their own identity, following a public exit from Paper, with Michael publicizing the publication’s treatment of Black employees.

“The first few weeks, I was just destressing. I felt like my adrenal system was under attack, because you have so much stress you take on just from being in New York, subconsciously and it’s so bad for you,” Michael says of their summer since leaving the city behind. “I just felt like I spent my first few weeks detoxing. It’s such a mindf–k. But then when you get through that, you just relax into your surroundings. I know for me, it’s just been so needed. Just the deep sigh of relief and breathing fresh air that I’ve just desperately needed.”

Michael is hesitant to speak on the Paper exit too deeply, but does say it has been encouraging to see other people in the media industry feel that they, too, can speak up.

“Seeing a lot of people follow suit and share their experiences in media, across the board, was really just affirming. Because I think sometimes when you’re going through things like that, it can be this experience of like, ‘Am I crazy?’ It can be really isolating, and it’s just important for all,” Michael says. “Like no matter what it is you’re going through to just know that you’re not alone. 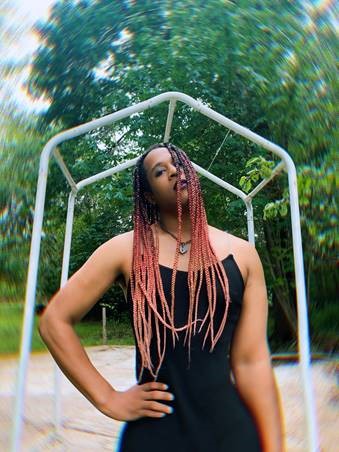 “A lot of the conversations that are happening are, I think, necessary. And I think it has been obviously on some level overdue. And I am happy to see that people feel empowered enough to share about their experiences. Because there’s long been this gate-keeping mentality when it comes to, not just the media, but all industries. And this idea that, because you’re in a secret room or because you’ve been selected to be a part of something prestigious that, you’re never supposed to speak honestly about whatever your experiences are,” Michael continues. “And I think as we’re shifting as a culture and as a society, I think so many people are beginning to redefine what it is to be, not only a business person, but what it is to be in practice of the fairness and equality that they say that they’re for.”

Michael remains open to the possibility of returning to the media industry, but for now is focused on their music career.

“I’ve been working on this in some capacity since I was 16. So it’s a combination of things. It’s the coronavirus and being in a place where I’m just reconsidering the things I want to engage in…but I don’t believe in completely closed loops,” they say. “I think all the things are circular to some extent. And I think that there’s something new that’s coming out of all of this, not just for me, but for everybody.”

Michael, who grew up between Chicago and Gary, Ind., fell in love with music as a kid reading Rolling Stone to discover artists like M.I.A., who were putting out music unlike anything they’d heard before. They’ve been writing and producing songs since age 16, teaching themselves how to make beats on a laptop and recording demos at home. In February they released their first single, “Rope,” which gave them their first taste of life as a musician in the public eye.

“I had a lot of fear about coming out, so to speak, as the artist I’ve always been. But I think I believed in the idea of a lot of the messages that come through me and my music are not for me. It’s not for me, it’s just that I’m the person that is making these songs. There’s a higher thing at work for me. There’s a connection to soul and spirit and it’s not up to me to judge why I’m the person that has to make these songs, I am making them because it just feels like the right thing to do,” they say. “And that’s just where I am in my life in general. I’m really just operating from a place of doing what nurtures me. I am doing what makes me feel happy and fulfilled.” 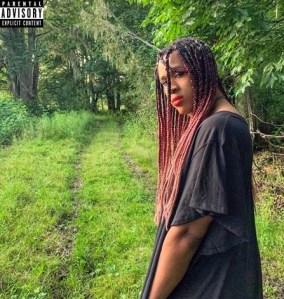 Michael, who cites artists from Nine Inch Nails to Aaliyah as influences, says as scary as the release of “Rope” was, they learned quickly how thrilling it can be to let go of any expectation and let the work speak for itself.

“The first single was just a real test of that. Learning how to accept that level of public feedback, whether good, bad or indifferent, and just not take any of it too personally,” they say. “I feel really proud of what the album is. It’s a start, and it’s me proving to myself that I could do it. And also, hopefully sharing something that will give people who listen to it a sense of what’s possible for themselves, if they just allow themselves to dream big or to go beyond their normal comfort zones. Hopefully, people also can hear the messages of empowerment, and self-love, and all that stuff in it as well, and see how that applies to their own lives.”