Michael Urie Turns On the Charm in ‘Shows for Days’

After years as a supporting player, the actor is Broadway’s latest leading man. 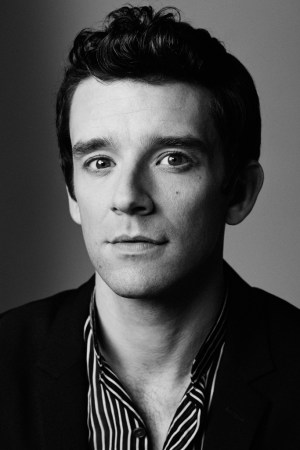 Michael Urie is trying on expensive labels for a photo shoot on a recent afternoon in New York.

It’s a day after all hell has broken loose over “Shows for Days,” a new play at Lincoln Center with Urie and Patti LuPone in the starring roles. Broadway shows rarely make headlines anymore. Unless a big movie star has deigned to appear in a play, the outside world usually only takes an interest when the Tony Awards are broadcast. But during a performance of their play, LuPone snatched away the phone of a woman who was texting nonstop and suddenly even The New York Post featured Douglas Carter Beane’s sentimental coming-of-age story on its front page. News of the incident traveled far and wide.

In between setting up for the shoot, Urie even takes time to answer a few questions from a local TV reporter who seems determined to get a sound bite out of him. He is not playing ball. He answers her questions patiently, the way a director might appease an overdramatic actress. His mind seems to be elsewhere, in getting back to playing dress-up with the Diors and Lanvins in front of him instead of the, say, William Ivey Long costumes awaiting back at the Mitzi E. Newhouse Theater for that evening’s performance. This is not something he gets to do often.

Urie is unfazed by the tabloid hubbub, or the grande dame upstaging him, in the headlines anyway. He has gone toe-to-toe with divas before and always matched them at their level. First, he walked away as a fan favorite as Vanessa Williams’ conniving assistant on “Ugly Betty.” And later, he took on the intimidating role of Barbra Streisand in the one-man show “Buyer & Cellar” and somehow managed to make the star come across as, well, human. On “Shows for Days,” which opened to largely positive reviews in late June, Urie’s costar is a master scene-chewer. But as the narrator, the burden of the show rests on his shoulders — if the show is going to work, he must win over the audience from the minute he gets on stage.

“You have to be in tune with the energy of the audience at all times, which is different every night,” he says. “In this, I have 10 or 11 monologues where it’s just me on stage alone talking to the audience. There’s a give-and-take where I somehow have to rely on them for my performance.”

How does he do that every night?

“You turn on the charm. It’s sort of like going to a dinner party where you don’t know anybody and you don’t want to be stuck in a corner all night. Like it or not, you’re going to have to make friends,” he says.

Until recently, Urie was a regular in dignified Off-Broadway productions like “Angels in America” and “The Cherry Orchard” and on TV, where he was the star of the short-lived sitcom “Partners.” But his ascent to Lincoln Center began, like all good success stories do, with an assistant. “Buyer & Cellar” at the Barrow Street Theater was the talk of the theater world in 2013, when an assistant to director Jerry Zaks came to see the show and raved about it.

“That [show] started very small and kind of went the distance,” Urie says. When Zaks and Beane were casting their new production, Urie’s name came up and he later couldn’t quite believe his luck when he found himself at a reading with the acclaimed director, playwright and Evita herself.

“Patti was the easiest because she played my mom on ‘Ugly Betty’ and we stayed friendly,” he says. “But Jerry Zaks? Four-time Tony Award winner Jerry Zaks? He’s a legend, and Douglas Carter Beane! I was a huge fan of both of them. So I was really holding on to Patti [for support].”

“Shows for Days” is a memory play that follows Beane’s adolescence working in a Reading, Pa., playhouse and the wacky, colorful characters who made him fall in love with the theater. Just like the play acknowledges Beane’s earliest teachers, so is Urie’s performance a love letter to his own, like the community college professor who encouraged him to apply to Juilliard or the ninth-grade teacher who cast him in “Fiddler on the Roof,” even though what he really wanted to be was a movie director.

“The next year I was in another play called ‘The Curious Savage’ and I got my first laugh, a big laugh, and that’s when I knew. I thought, ‘Maybe I want to do this.’ And I forgot all about the movies,” he says.

In the studio, Urie has returned to his H&M T-shirt and stolen pants. It is a few hours before he is due back on stage for the first time since LuPone went rogue and he wonders how the audience that night will react.

“People are going to want to come see her freak out and that won’t ever happen again,” he says. “I don’t think anyone’s going to mess with her now.”