Whatever happened to Michelle Branch?

You know, the artist behind nostalgia-inducing songs “Everywhere,” “Are You Happy Now?” “Goodbye to You” and “Breathe” that dominated the music scene in the early Aughts — only to fade away entirely?

Branch is back — 14 years since her last album — with “Hopeless Romantic,” to be released on April 7.

“I’m, like, cursed,” says Branch from an armchair beside the fireplace in the Bowery Hotel’s lobby in Manhattan. “If you’re in the music business and you work with me, chances are everyone at your company will be fired. No, [I’m joking], but it’s starting to seem that way.”

The curse, so to speak, has hung over her career since her teenage days but “Hopeless Romantic” was the one that made it out.

“The album was finished May 5 of last year,” Branch says. “But then there was a new label president, and he had new hires, so everything kind of like was screeching along for it to come out.”

That, it turns out, is not a new narrative for the musician.

“I’ve turned in two records where we shot artwork, I had press starting and then the whole label was fired, and everything got put on hold and just reached a halt,” she says. “So, it’s my mentality now: ‘I’ll believe it when I see it.’ I’ve hardened a little bit.’”

Her story goes a little like this: just before turning 17, the small-town Arizona native signed a record deal with Maverick Records, the label cofounded by Madonna in 1992 that was part of Warner Music. Her debut, “The Spirit Room,” was released shortly after she turned 18, in 2001, and became a rapid success. 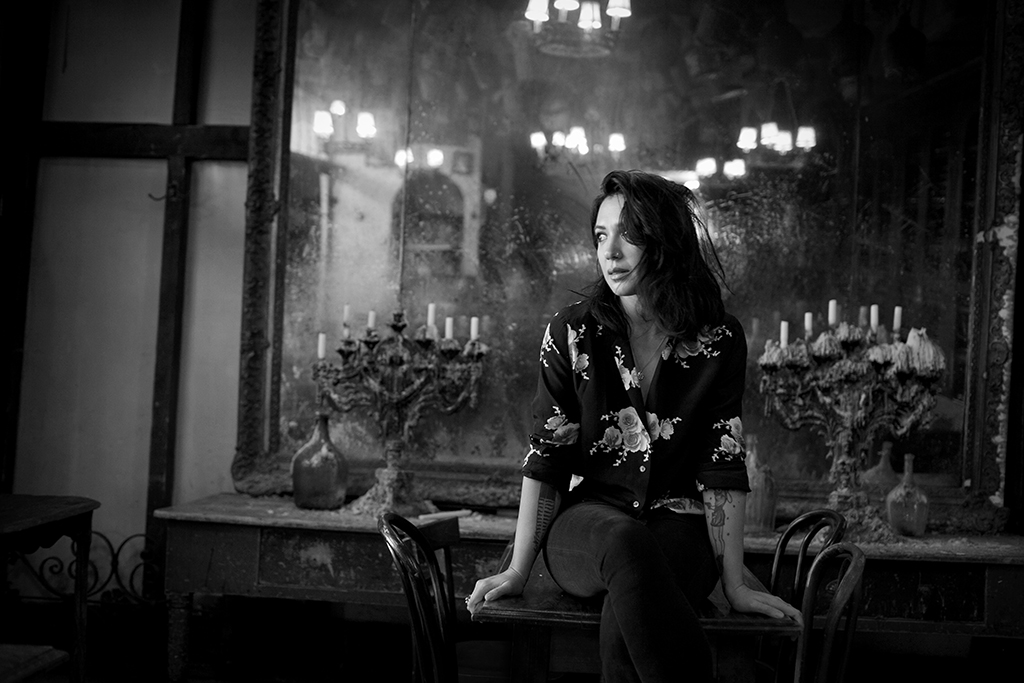 “Nobody expected it to do what it did,” she says. “It really felt like I was, like, making my own record, minding my own business. I turn in the record and the next thing you know I was traveling and on the road, and I didn’t come home for, like, two years. It hit that quickly, it had a momentum that no one expected. You can’t ever predict those things — it’s like, ‘Maybe it’ll sell a couple copies.’ And the next thing you know you’re on TRL.”

“The Spirit Room” was followed in 2003 by “Hotel Paper,” in between which she won a Grammy for her song with Santana, “Game of Love,” a song whose enduring popularity she describes as “if you go into CVS at 1 a.m. for Tampons, they’re playing that song.” She embarked on a brief joint venture called The Wreckers, which had her and bandmate Jessica Harp opening for the Dixie Chicks, as well as giving birth to her daughter, Owen, with her then-husband. Success with The Wreckers was masked by behind-the-scenes unraveling, and the duo eventually split.

“So, here we were, newly nominated for a Grammy, and touring, and having a number-one record, and it was going really well, and we were like, ‘We can’t work together,’” Branch says. “I had all this material that I had written, so I was like, ‘OK, well then I’ll just record it myself.”

She presented the album to Warner Nashville, only to be told it was not “pop” enough. Deciding to launch into a pop record, she took a meeting with a label president on a Thursday, who gave her the green light, only to find by Monday he’d been fired. “A new president comes in. I’m like, ‘Can I make a record now?’ ‘Oh yeah, you can go and make a record.’ I make a country record, finish it, do artwork, and as I’m out doing promo, that label president gets fired. So, I put in a country album and then a pop record, full and literally someone just unplugged it. Every regime change, they were like ‘don’t worry Michelle. We’ll get to you.’”

At long last, her moment is here. Branch was finally released from Warner and able to sign with a new label, Verve, in 2015. “Hopeless Romantic” grew out of her budding relationship with Patrick Carney of The Black Keys, who produced and financed the record.

“It was a really important lesson for me,” she says of her series of false starts. “And then through the process, Patrick and I completely fell in love while we were making the record. It’s like looking out from the other end of everything it took to get here.”

“It’s like the first time I’ve been able to breathe a sigh of relief,” she continues. “I can believe that it’s going to happen this time.”