The First Lady heads with her 9-year-old daughter, Sasha, to the luxurious Villa Padierna in Spain. 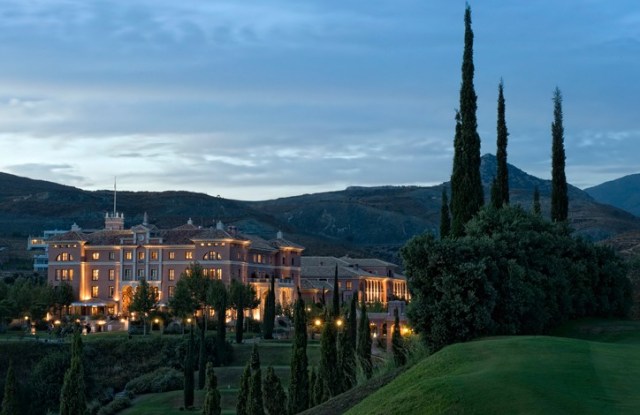 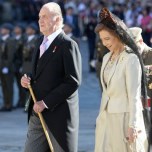 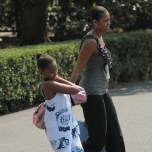 MARBELLA, Spain — First Lady Michelle Obama and her 9-year-old daughter, Sasha, arrive here Wednesday for a four-day vacation — but don’t expect many details of their trip to leak out.

A White House spokeswoman for the First Lady said the trip is private apart from a visit with King Juan Carlos and Queen Sofia. Katie Ortiz, assistant information officer for the U.S. Embassy in Madrid, said, “This is a bonding trip between mother and daughter.”

An expensive one, even if the Obamas are paying for it. Mother and daughter — and their entourage — will stay at the luxurious Villa Padierna, a five-star hotel with three 18-hole golf courses, about 5 miles southeast of Marbella in Benahavis, a small mountain town. Forty accommodations have reportedly been reserved, including Tuscan-inspired villas with individual private pools — normally priced at upwards of 2,200 euros, or $2,897 at current exchange, a night.

Rivero Delgado, general manager of the Villa Padierna, was tight-lipped when it came to the first family’s stay, citing the hotel’s privacy policy and adding, “All arrangements have been made through [parent company] the Ritz-Carlton Group in the U.S.”

What has been widely reported is Obama’s helicopter hop to Mallorca on Sunday (a “courtesy call” rather than an “official visit”) where she’ll lunch with the king and queen at their summer palace Marivent, a majestic stone complex visible only from the sea and roomy enough to also house Prince Felipe and his sisters, Infantas Elena and Cristina, and eight royal grandchildren. Felipe, heir to the throne, won’t be on hand to welcome the First Lady; he’s scheduled to represent Spain at the investiture of Colombia’s new president, Juan Manuel Santos.

It won’t be the first meeting between the Spanish royals and Obama. They met in October in Copenhagen during the International Olympic Committee meeting to decide the winning city for the 2016 Summer Games — and saw Chicago and Madrid lose out to Rio de Janeiro. Earlier this year, King Juan Carlos was a guest of President Obama at a private White House lunch during which the President publicly and profusely praised the 72-year-old monarch’s worldwide popularity.

Apart from the royal lunch, though, the rest of the First Lady’s trip could be summed up in four words: “fun in the sun.” That’s one thing for which Marbella is renowned — just ask the drunken Brits on package holidays wandering the late-night streets. Located along Spain’s famed Costa del Sol on the Mediterranean, Marbella is less than a class act these days due to overbuilding and a crowd made up mainly of tour groups and flashy rich Russians. The town’s standard bearer of its chic past remains the Marbella Club, which is as beautiful as it was when the Duke and Duchess of Windsor famously waltzed on the lawn.

The Obama party is reportedly making side trips to Granada’s Alhambra, a 14th-century Moorish palace and fortress, and nearby Puerto Banus, where the yachts are grand and boutiques offer up a slew of mainstream merchandise alongside international fashion brands like Emporio Armani, Gianfranco Ferré and Loewe. But it’s touristy, the food is nothing special and if the First Lady does shop there, it’ll probably be for casualwear and T-shirts. That’s the kind of place it is — more Desigual than Fendi.

Ortiz at the U.S. embassy said President Obama is “obviously” not coming. But the Spanish press, which predictably views the trip as a boost to Spanish-American relations, continues to speculate he might make a surprise visit. One local paper reported the Villa Padierna’s kitchen — which is helmed by Argentinean chef Víctor Taborda (he trained under Basque Martín Berasategui, who has three Michelin stars) — is preparing a birthday cake for the night of Aug. 4, the President’s 49th birthday.

Whether the President will pop in isn’t the only question hovering over the First Lady’s visit. The main one is: why is she coming in the first place? As one official source, who requested anonymity, said, “With all the beautiful places in the world, there is a very good reason for [choosing] Marbella and Spain. We just don’t know what it is.”