Midland Brings Seventies Country Back to the Forefront

The trio's traditional Seventies-inspired sound and tight harmonies are in sharp contrast to the bro-country trend. 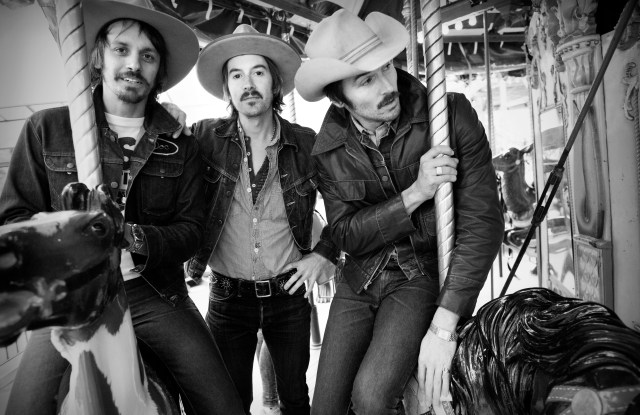 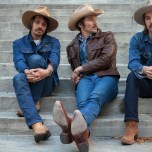 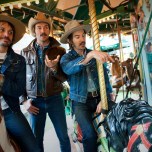 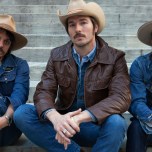 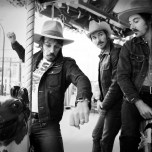 Is there life beyond country music?

Sure, but it’s not all that fulfilling — at least not for the trio behind the group, Midland.

So Mark Wystrach ditched his job as an actor and model, Cameron Duddy moved on from directing videos for the likes of Bruno Mars and Britney Spears, and Jess Carson closed his men’s and women’s retail store in Portland, Ore., to focus on what they loved more than anything else: writing and performing country music.

The guys met in Los Angeles where they played in bands together and separately for several years and kept “hacking away,” Duddy said, but not finding much success.

It wasn’t until Duddy’s wedding in Jackson Hole, Wyo., when an impromptu “talent show” found the three on stage at the same time.

They began trading songs and eventually made a date to meet at the Sonic Ranch recording studio east of El Paso, Tex., to record their music.

“When we went to the Sonic Ranch, we became a band,” lead singer Wystrach said. “We walked away believing in what had happened. All of our souls, our imaginations, were wrapped up in these 15 songs. We went all-in.”

They’ve released their first EP, a collection of five of their songs, including “Drinking Problem.” Although the single is not scheduled to be released to country radio until the beginning of the year, the song has begun to get airplay on Sirius satellite radio and Midland has been busily touring the country to promote its music. A full-length album should be out sometime next year.

What sets Midland apart is their unique sound, which is quickly gaining a following. Unlike most of the macho brocountry that tops the charts today, Midland sound more like the Eagles than Eric Church and their music is rife with steel guitars and tight harmonies.

Their influences, which range from Merle Haggard to Gary Stewart, shine through in the songs, which transport the listener to the wide open spaces of their youth. Wystrach grew up on a cattle ranch south of Tucson, Ariz., and lead guitarist Carson on a farm in the Pacific Northwest.

Bass player Duddy walked a different path, one that led from Los Angeles where he learned to “tell stories and narratives” through music videos. He’s won a mantle full of awards for his work, but it wasn’t enough. “I wish I had a more-downtrodden story,” Duddy said. “Directing was paying the bills, but it wasn’t an end game for me.”

Instead, writing songs and performing with Wystrach and Carson is what truly matters to him now and he enjoys telling stories through this medium.

“We write with a very visual storytelling approach. We paint that big picture and go to that place,” Wystrach said.

They recently put the finishing touches on the video for “Drinking Problem” and Duddy said it felt “completely unnatural” for him to be in front of the camera instead of behind the scenes, “but it was fun.”

So while they’re enjoying themselves, they’re also dead serious about making the most of their big break. They willingly bring their guitars to magazines in New York to meet editors, still book small bars and use social media to get the word out.

In addition to their music, Midland’s look is also distinct. Carson, whose Portland store, Reveille, had centered around heritage men’s wear and high-fashion women’s wear, was wearing a vintage Lee denim jacket from the Fifties, and he prefers Japanese denim that takes its references from American workwear from the Thirties, Forties and Fifties, vintage work shirts and accessories.

Wystrach was dressed head to toe in Wrangler, contemporary and vintage, and while in New York, he led his bandmates to Church Street Surplus to pick up some vintage Western pieces.

Duddy said he has “very little patience” for vintage shopping and prefers Etsy, or even Tractor Supply. He proudly showed off his silver and turquoise watch and said all three of the band members wear Heritage Boots from Austin, which produces models created from patterns from the Thirties through the Sixties.

With their look and their sound set, what does the future hold for Midland?

“We want to keep writing and performing, working on our sound and us as a band,” Wystrach said. “We want to be as good as we can possibly be.”

“Midland isn’t manufactured,” Duddy said. “We are three real friends who stumbled upon making music together.”

“We are a band,” Carson said. “That’s a big part of the spirit of what we do, that group experience and camaraderie. And it is ever-evolving.”