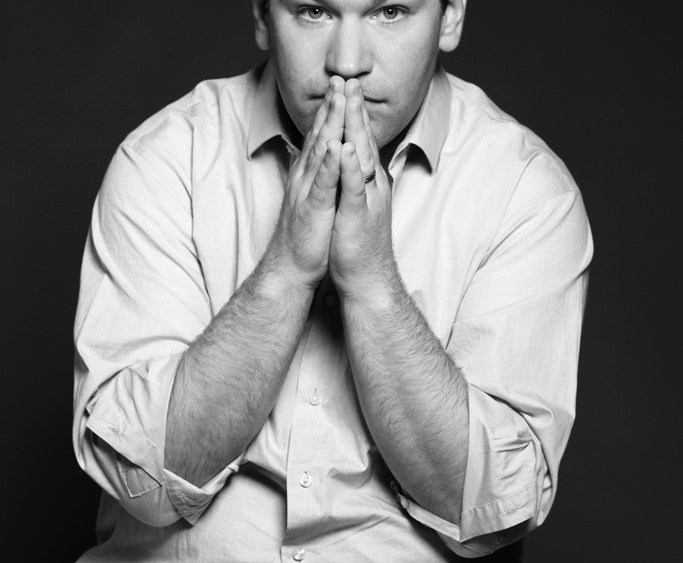 Comic Mike Birbiglia delicately treads the thin line between comedy and tragedy in “Sleepwalk With Me,” a film about his real-life affliction — the terrifying phenomenon of sleepwalking.

“I’ve been diagnosed with REM behavior disorder,” Birbiglia says during an interview, while nursing a cold with a cup of tea. “It’s where people basically act out their dreams. I’ve had this for many years. It eventually got so bad that I had a very bad, dangerous incident that’s the [climax] of the film. You don’t often see sleepwalking depicted in a realistic way. The film merges my comedic sense of humor, which is realistic or kind of deadpan, with these very vivid, active dreams.”

In the film, Birbiglia makes light of his episodes after dark, when his body acts at its own behest, independent of his conscious mind. But for all the disturbing aspects of sleepwalking, the disorder has served Birbiglia’s career well, providing fodder for a stand-up act, best-selling book, one-man play and now movie.

“Sleepwalk” is an outgrowth of Birbiglia’s 2008 one-man show of the same name that played at the Bleecker Street Theater in New York City.

“It was presented by Nathan Lane,” he says. “He had seen me at Carolines. That was my big break.”

Birbiglia knew he wanted to be a comedian when he was 16 and saw Steven Wright perform live. He was voted funniest man on campus at Georgetown University, performed once at D.C. Improv and was offered a job bussing tables when his set ended. The road from obscurity to fame included “a lot of failed auditions and rejections,” Birbiglia says. The streak was broken when he realized he could make a living by doing his routine for sold-out crowds in New Jersey, Pennsylvania and Vermont.

“I would drive six to eight hours without thinking about it,” he says. “Many nights I would wake up outside my hotel room. I had to [barricade] my door with furniture so I couldn’t get out when I was sleepwalking.”

Birbiglia, who began telling his “sleep stories” in 2008 on “This American Life,” cowrote the film with Ira Glass, the host of the public radio fixture. Glass also produced “Sleepwalk,” which opens in New York on Aug. 24 before bowing across the country.

In one recurring dream, a representative sample of the film’s dive into Birbiglia’s unconscious, he sees a jackal in his bedroom, a signal that his participation in the Dustbustering Olympics is coming. In the surreal fantasy, Birbiglia is chased by a jackal through a field of tall grass until he stumbles onto a podium for an Olympic medal ceremony. A woman in a gown hands him a bouquet of roses and whispers, “You’re getting silver, but you really won the gold.” When he looks down at the flowers, he sees the face of a baby gurgling happily.

Birbiglia’s condition hasn’t been helped by his choice of career. According to experts, sleepwalking is caused or exacerbated by stress, lack of sleep or drug use. Birbiglia claims that he was “so sleep deprived during the making of the movie, when I went to sleep I’d dream that I was directing myself in the film.”

The cast of “Sleepwalk” includes Carol Kane and James Rebhorn as Birbiglia’s parents, and Lauren Ambrose as his girlfriend. There’s also Dr. William Dement, the father of sleep medicine, who plays himself.

“He teaches at Stanford University and wrote ‘The Promise of Sleep,’ ” Birbiglia says. “He was a real ‘get.’ There are certain parts only the real person can play. I think he might have opted for a pseudonym, like Dr. Happy Sleep or Dr. Chamomile.”

In real life, Birbiglia’s parents have always been “blindly supportive of everything I do,” he says. However, they were “a little bewildered about me becoming a comedian. My dad worked hard so that I could make fun of him in front of strangers.”

Birbiglia’s father was also baffled by his son’s chill attitude toward his disease.

“My character puts everything off,” Birbiglia says. “It works very well dramatically.”

With the film wrapped and about to hit theaters, Birbiglia is finding some peace in his life.

“Oddly, I’m moving to a calmer place. [My wife and I] signed a lease in Carroll Gardens,” in Brooklyn, he says. “Living in Manhattan isn’t the best thing for an anxiety-based disorder.”