Oscar season began Tuesday night in New York with the premiere of “Milk,” the film based on the life of late gay activist Harvey Milk. 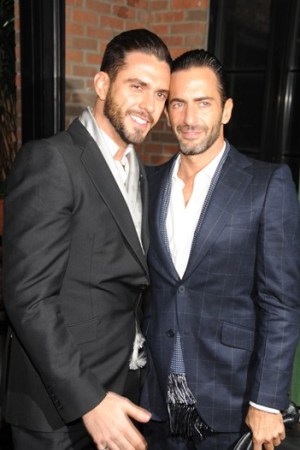 “I was in tears through the entire movie,” said Marc Jacobs.

And so it was that Oscar season began Tuesday night in New York with the premiere of “Milk,” the film based on the life of late gay activist Harvey Milk, directed by Gus Van Sant and starring Sean Penn as the title character, James Franco as his lover, and Josh Brolin as the man who assassinated him.

Among those present at the Cinema Society screening, held at the Sunshine Cinema on Houston Street, and at the Details-sponsored after-party at the Bowery Hotel were Natalie Portman, Parker Posey, Patricia Clarkson, Steve Buscemi, Barry Diller and Diane von Furstenberg, Lauren Bacall, James Gandolfini, and Jeff Koons, who makes a cameo in the film as a political rival to Milk.

“You were great,” the novelist Michael Cunningham told Koons. “All those years of art have finally paid off — you’re in the movies.”

Also gadding about was former New York mayor Ed Koch, which was a little bizarre to some since he’s refused to address reports about his own sexuality for over three decades and has frequently been castigated by gay activists for not doing more during the AIDS crisis.

“That’s bulls–t!” he said, when asked of his record in office. “That is militants who say that and if they go back, the first day of my administration, in January of 1980, I issued an executive order prohibiting discrimination in housing and education on the basis of sexual orientation.”