Millicent Rogers was one of the great fashion icons of the 20th century. 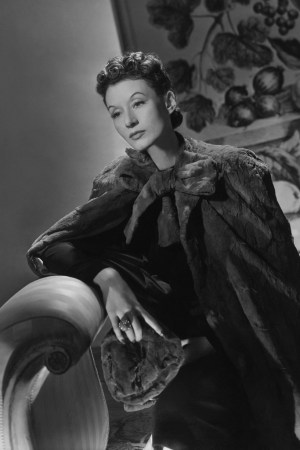 She was a mistress of reinvention. Millicent Rogers, born Mary Millicent Abigail Rogers, was a Standard Oil heiress, but she wasn’t a poor little rich girl or a pushover, and she changed her fashion, decorating and living styles a number of times during her relatively brief life. Rogers inspired John Galliano’s spring 2010 couture collection for Dior, and she has been a perennial inspiration for other fashion collections and museum shows, including Diana Vreeland’s groundbreaking “American Women of Style” in 1975. In fact, the slender blonde seems to be almost inexhaustible in that respect.

The pictures tell the story: There is Millicent Rogers in the Thirties wearing the traditional Austrian dirndls that she would put together with Mainbocher and Schiaparelli pieces in such a clever way that Wallis Simpson copied it for her trousseau when she married the Duke of Windsor in 1937. Rogers can be seen in the Forties wearing one or another of the many sculptural dresses that she commissioned from Charles James. She collaborated with the notoriously difficult, dictatorial James on the clothes she ordered and was in certain ways the ideal James client — beautiful, intelligent, respectful and possessed of extremely deep pockets.

Rogers contributed 45 of James’ startling evening creations to a Brooklyn Museum show, “The Decade of Design,” honoring the designer in 1948, and her collection of James pieces became the  basis of the museum’s noted costume collection.

Rogers can be seen in photos from the late Forties living in an adobe house in Taos, N.M., she called Turtle Walk and wearing yet another striking new look, this one consisting of a billowing white blouse, long broomstick skirt and masses of remarkable Native American jewelry. This has become Rogers’ most famous style, one that she wore as she collected the important native American jewelry, pots and textiles which her sons used to create the Millicent Rogers Museum in 1956. Known for her first-rate eye as a collector, she preserved many artifacts that would otherwise have been lost. She also designed and made her own jewelry, massive pieces with a barbaric look, spiky, with huge and tiny precious and semiprecious stones, fired up on her own forge.

At one time, the heiress’ art collection had included as many as a dozen paintings by Henri de Toulouse-Lautrec, along with canvases from Claude Monet and Paul Cezanne.

Because of a childhood bout with rheumatic fever, she had then-difficult-to-treat lifelong problems with her heart and died at only 51 in 1953.

A 5’9” beauty with arching brows, alabaster skin and a biting wit, Rogers was a popular debutante whose first marriage at 21 to Austrian Count Ludwig von Salm-Hoogstraeten, with whom she had her first son, Peter, was opposed by her parents. Because of this, her father, Henry Huttleston Rogers II — the son of H.H. Rogers, who founded Standard Oil with John D. Rockefeller, and who also had interests in U.S. Steel and Anaconda Copper — gave her only a tiny allowance.

Rogers never made the mistake of angering her father again. Her second marriage was to Arturo Peralta-Ramos, the playboy scion of a wealthy Argentinian family, and she had two sons with him, Arturo II and Paul. Her third husband, Ronald Balcom, was an American stockbroker, and she lived with him in the Arlberg mountains of Austria until Adolf Hitler’s rise to power made that impossible.  Later, her beaux included Clark Gable, Ian Fleming and Roald Dahl. She bred dachshunds, and when she returned to the U.S. in 1940, had large groups of them in tow.

Rogers lived in an 18th-century house in the Tidewater area of Virginia during the Second World War. In 1947, with Lucius Beebe, Frank Waters and Oliver Lafarge, she went to Washington, D.C., to lobby for Native American rights, hardly a popular cause at the time. Rogers also lobbied successfully to establish Native American art as historic and therefore protected.