The director's poignant film is a love letter to her hometown in Texas.

June 19 is a fitting release date for “Miss Juneteenth,” Channing Godfrey Peoples’ lushly shot debut feature film, but it wasn’t always a given.

“As an independent filmmaker you make these films from your sense of passion and determination, and from your heart. You don’t know where they’ll end up,” says the young director. “I’m happy that we are getting it out at this time, because it’s a gesture of people who were freed late in Texas — two-and-a-half years after everyone else. This is my small tribute to them.”

Peoples started writing the screenplay after graduating from the master of fine arts program at USC School of Cinematic Arts, and the project was refined through participation in various incubator and development programs. Along with producer (and husband) Neil Creque Williams, she propelled the project with her sense of certainty: they were going to get it made, no matter what.

Williams was instrumental in securing the rights to Dr. Maya Angelou’s poem “Phenomenal Woman,” which is featured throughout the film. The poem, common to Miss Juneteenth pageants, mirrors the main character’s journey, but also pays homage to Peoples’ own creative journey. “Dr. Angelou was a formative figure in my life,” says Peoples. “My dramatic journey started with the literary greats like Toni Morrison and Dr. Maya Angelou and Alice Walker and Gloria Naylor, so it was important for me to pay homage to that poem in the film.” 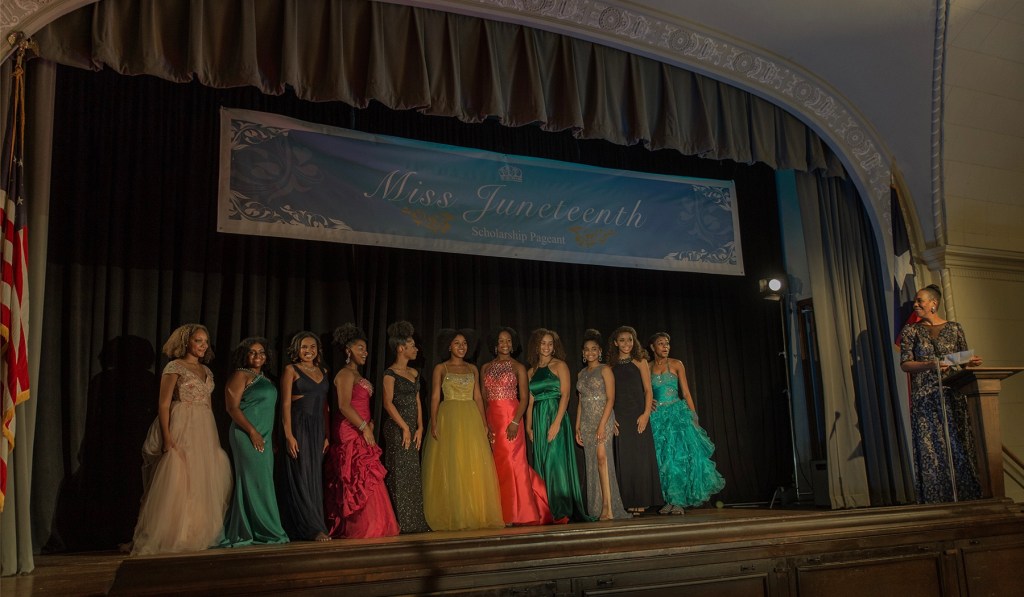 The journey to bringing “Miss Juneteenth” to screen began many years ago, even before film school. The story, and world of the film, was inspired by the spaces of Peoples’ childhood. Set in a suburb of Forth Worth, Tex. — where Peoples grew up — the story centers on the town’s annual Juneteenth celebration and Miss Juneteenth pageant, where one young Black girl is awarded a full college scholarship. Although she didn’t participate in the pageants herself, attending them had a lasting effect. Peoples didn’t fully understand the historical implications of the annual event until she was an adult, but she internalized the sense of unity and hopefulness. 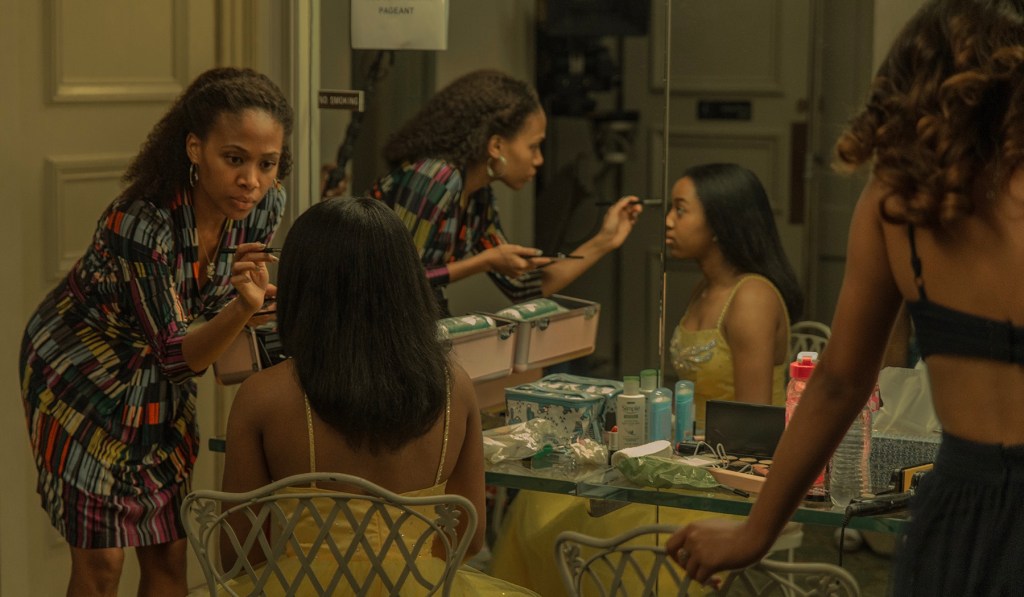 Despite the adversity of everyday life for her characters, the film is an uplifting, optimistic coming-of-age story. It’s also about relationships, and how circumstances compound — and can be overcome, with the pulse of possibility beating underneath every interaction — through generations of women. The central relationship of Peoples’ film is mother-daughter duo Turquoise and Kai, portrayed by Nicole Beharie and Alexis Chikaeze, respectively. Turquoise, a “Miss Juneteenth” winner who ultimately was unable to fulfill her initial dreams, sees the pageant as a lifeline for a reluctant Kai.

Peoples started writing the film from the specific perspective as a daughter. Midproduction, she experienced a pivotal perspective shift on that central relationship: she became a mother herself. The toughness of Turquoise remained intact, but Peoples began to understand the character’s perspective with more nuance: the joy and hope for her own daughter, but also her fears of having a daughter in the world right now. 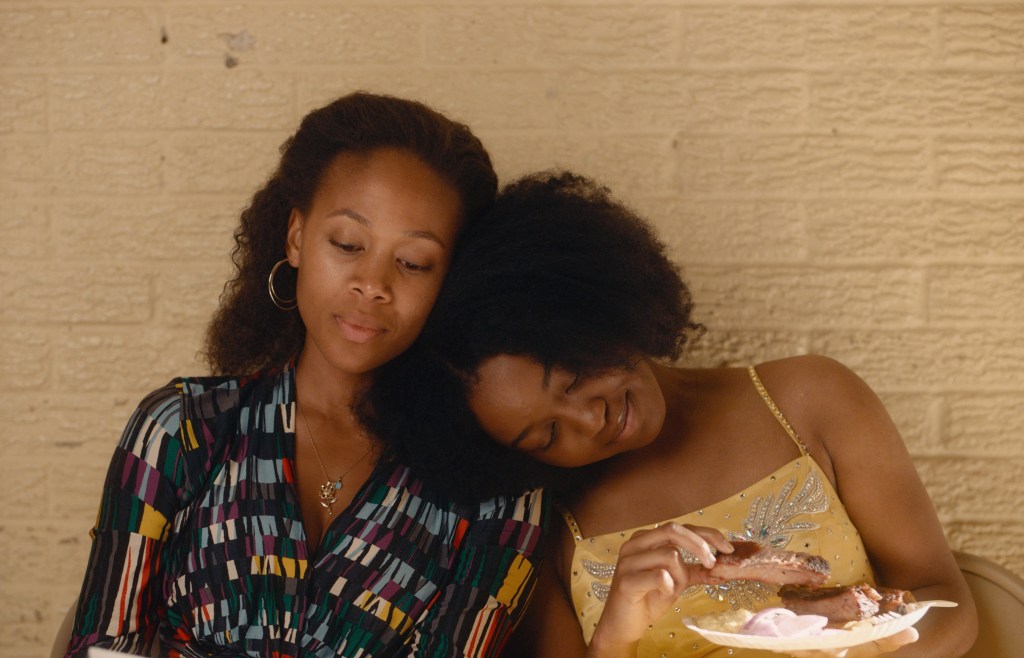 The film made its world premiere at Sundance in January, where it competed in the U.S. Dramatic Competition slate. Peoples, and the film, were already part of the Sundance legacy — she participated in the Sundance Institute Screenwriters Intensive in 2015, and the film was part of the creative producing lab in 2017 — but earning a spot in the festival’s lineup was an achievement on a whole other level.

“I cried,” she says of her reaction to the news of the acceptance. As for the film’s actual premiere in January, Peoples was only able to catch part of the screening; she was mostly backstage with her daughter. “She was just turning one and a half, so I spent [most of the screening] in the green room breastfeeding and taking care of her.”

Peoples is most excited — and nervous — for the people in her hometown to watch the film, which is in large part an homage to the pride and sense of history of Black Texas. “These are people I’ve known all my life — they’re people that I wrote the film around,” she says. “I see the beauty of my community, so I wanted to do them proud.” 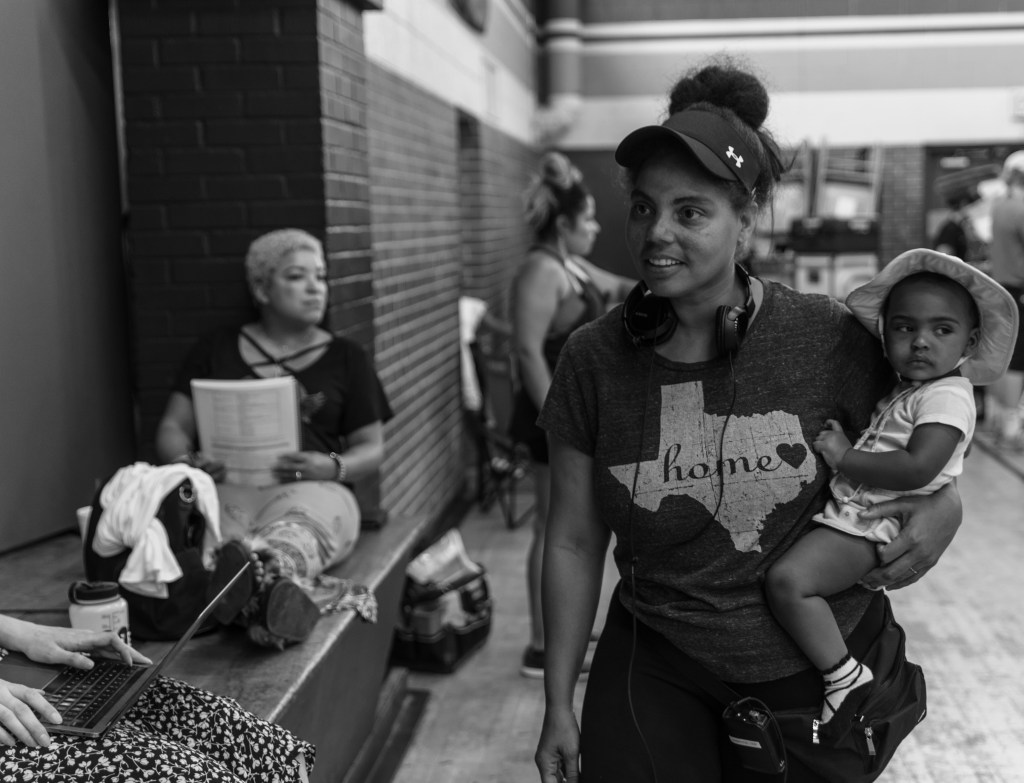