Moby: Writing the Past, Present and Future

The musician wrapped up the U.S. tour for his new memoir, "Then It Fell Apart," and is headed overseas.

“I’m really stating the obvious: We live in a culture where there’s not a lot of honesty,” says Moby, sitting on the upper level of the restaurant at National Sawdust in Brooklyn. The musician was surrounded by chairs turned upside-down atop tables as he admired the natural light of the rainy, late spring day; it was a brief environment of calm before he emerged onstage at the music venue for a conversation with humorist John Hodgman.

The 53-year-old electronic musician was in New York for a few weeks for the first part of the book tour for his newly released memoir, “Then It Fell Apart” (Faber & Faber Social), the followup to his first book “Porcelain.”

“Overall, this is a much darker book,” says Moby, who describes “Porcelain” as a lighthearted memoir, a time-centric portrait of New York, gentrification, the rave scene, and his involvement in all of that. “Then It Fell Apart” opens with his 2008 suicide attempt and details his destructive approach to fame; overall, he considers the project more ambitious in scope, inspired partially by his namesake novel “Moby Dick.”

“That idea of an experience of the human condition and looking for meaning and looking for comfort and happiness in all the wrong places,” he says. “In ‘Moby Dick,’ Ahab was consumed with trying to destroy the whale. And the whale was a metaphor for the things in the universe that are unknowable and undestroyable,” he adds. “So for me there’s sort of a post-Freudian look at it saying, like, ‘oh, I thought that the only thing that would give my life meaning was fame, validation, external success, etc. That was my goal in writing this — sure it’s about me, but it’s almost using my story as a strange existential subject.”

The book begins right after “Porcelain” left off, in 1999 with the release of his fifth studio album “Play,” which celebrates its 20th anniversary this year. The book alternates between past and present, with stories from early childhood providing context for what happens later in life. A longtime animal activist, all of the profits from book sales will go to animal rights organizations, as do the profits from his albums and L.A. vegan restaurant.

Moby’s goals for his second book were: if it’s not good or meaningful, at least make it entertaining. And be honest.

“I just thought, with this book, why not just be honest? It’s easier, and if you can honestly talk about the things that people are uncomfortable talking about, maybe it enables people to then find a degree of comfort with those things in their own lives,” he says.

He’s already thinking about his next book, which will be about — “it sounds so clichéd and potentially terrible,” he admits — honest spirituality.

“I’m just sort of poking around, and like, is it first-person essay, is it narrative? I haven’t figured out how to write it.”

While most celebrity memoirs are actually written by a ghostwriter, Moby is writing everything himself at the urging of his agent.

“He said, ‘Look, you’re descended from Herman Melville, you kind of have to write your own book.’ And then I ended up loving it,” he says. “But, oddly enough…the goal of writing is editing. I love writing, but editing for me — it’s almost like writing is the part you endure to get to the editing.”

For “Then It Fell Apart,” he whittled 300,000 to 400,000 words down to 130,000. “Just writing in the beginning and not worrying about whether it’s good is actually liberating. And then once you have the raw material you go back and get rid of the bad stuff and rewrite stuff,” he adds. 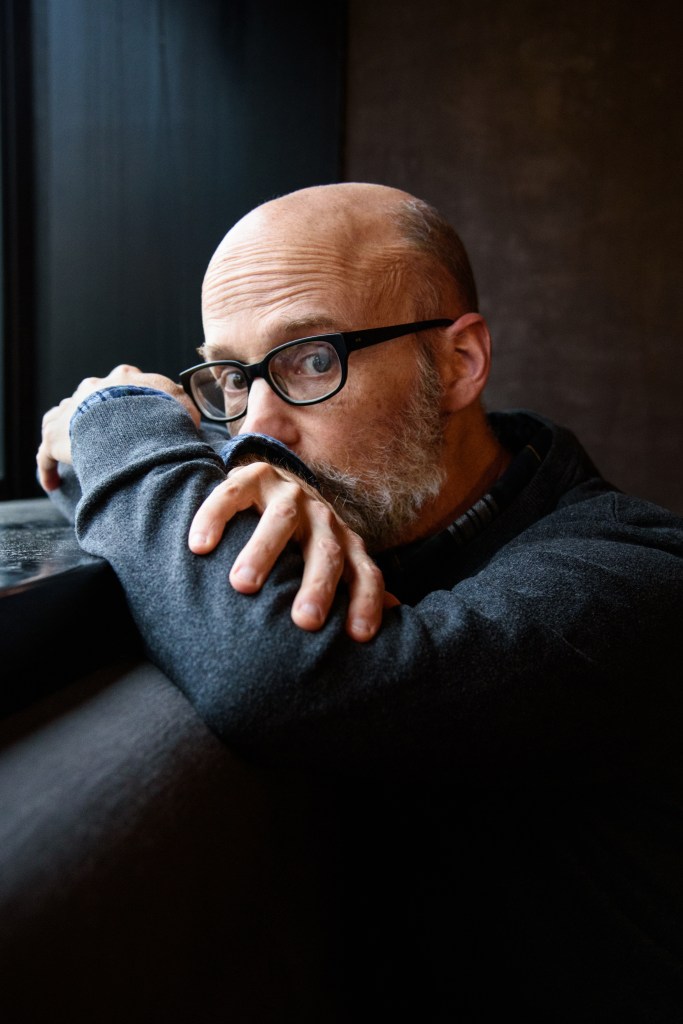 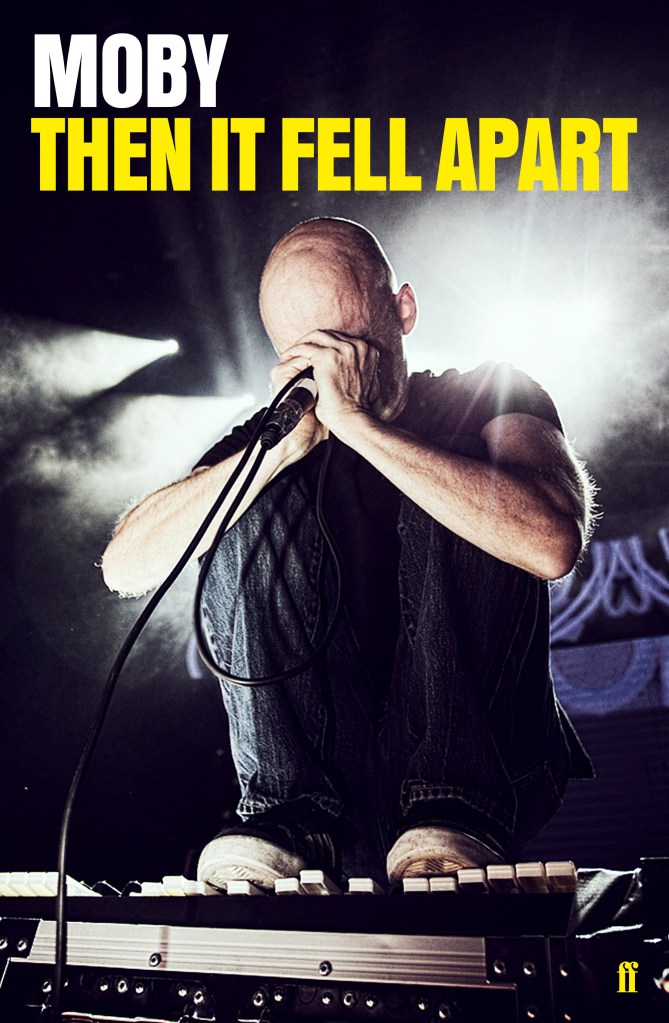 The cover of Moby’s new memoir.