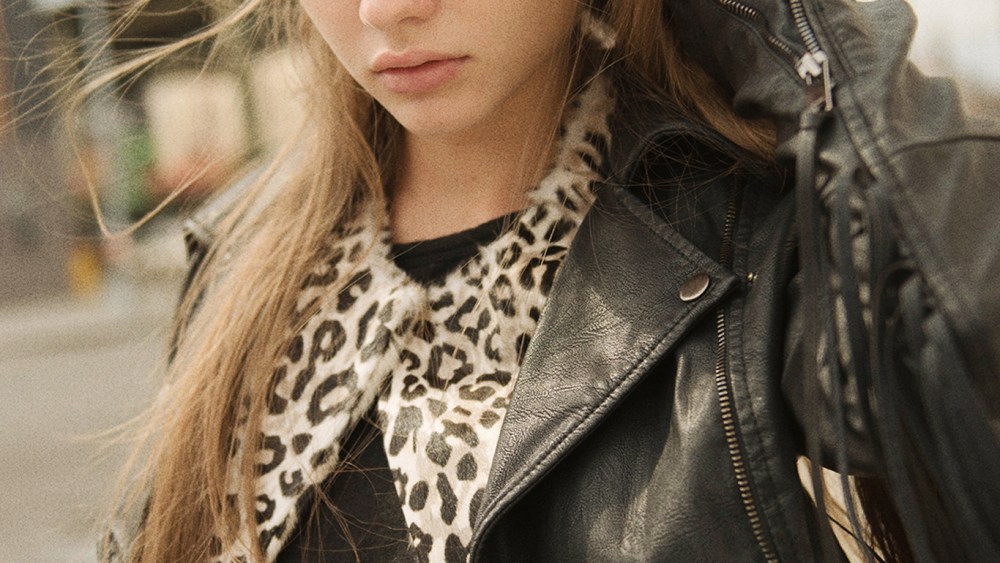 “My big eyes are from my father,” said Katiusha Feofanova, whose mesmerizing face and waist-length locks have landed her editorials in Nylon, Harper’s Bazaar China, Marie Claire Latin America and an assortment of other indie mags and look books, despite her relatively short stature, at least by industry standards. After attending a modeling school as a preteen in her native Siberia — where she learned how to walk and pose — she landed her first contract with an agency in Moscow two years later. Now, the 20-year-old Brooklyn-based rising editorial star — who cites fellow Russians Sasha Pivovarova and Natalia Vodianova as well as Behati Prinsloo as her favorite models — studies law and practices ballet in her spare time.

Katiusha Feofanova: I was 11 when I went to a modeling school. Then, at 13, an agent from Rush Models found me. But I was really short, much shorter than now — I was like 5′ 5″. It’s impossible to be a model when you’re 5′ 5″. But I did some runway, and then at 14, I went to Singapore and did some editorials.

WWD: What was it like traveling on your own at such a young age?

K.F.: It wasn’t scary for me, but I don’t really like flying. I just don’t like [the whole process] – carrying your bags, the airports, everything. But I feel really comfortable in New York. I know some people find it really busy here with so many people, but not me. In other countries, after two weeks I’m always like, “I wanna go home!” But not here.

WWD: Was it hard balancing school with modeling in the beginning?

K.F.: I think in Russia, it’s a bit easier than it is here. I found this school that understood the situation I was in. My school is very proud of me. I still go back to see my teachers. They’re always asking me what I’m doing.

WWD: Tell me about growing up in Siberia.

K.F.: It’s much different than America. It’s another planet. It’s not bad or good; just totally different. I’m so happy to be in America.

WWD: You’ve been living in New York for less than a year. What do you like to do in your spare time?

K.F.: Growing up, I did ballet, and I’m starting to do it here. I found a Russian teacher — she was a ballerina in Russia with the Bolshoi Ballet. I’m not really a party girl, but I like meeting people. I have a lot of Russian friends here — lots of Russian models. I live alone in Brooklyn in [a borough] that is far from the city, but it’s quiet and nice there.

WWD: What’s the most challenging part of your job?

K.F.: Starting is the hardest. In Russia, we don’t have the same modeling market. You need to find a really nice modeling agency to help you get started, and it can be really difficult.

WWD: What’s your favorite memory from all of your experiences?

K.F.: When I was modeling in Paris, a group of us went up to The Netherlands for a photo shoot. We were on top of the mountains surrounded by snow and I was wearing a summer dress. I was crying. They were like, “You’re from Siberia. It’s always cold there, isn’t it? Drink some vodka [to warm up.]” And I’m like, “No!” [Laughs.] The photos looked good in the end, but you couldn’t even see the mountains or the snow.

K.F.: I would like to get editorials in Vogue and Harper’s Bazaar. I finished high school and now I’m studying law. It’s hard to balance [my modeling career] with school, but I think I can do it. But I’m focused on modeling right now. It takes up all my life.