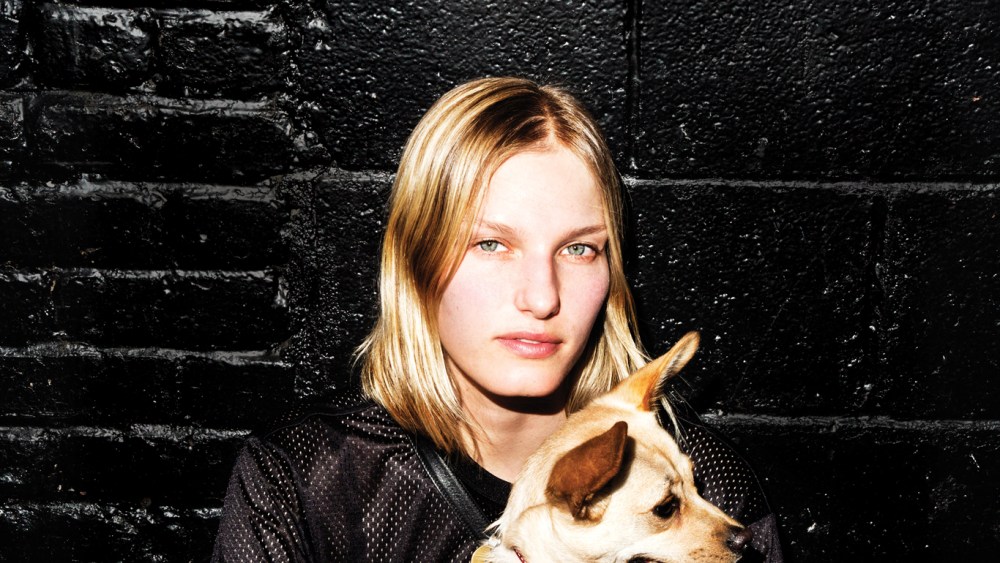 Marique Schimmel, the 25-year old, Brooklyn-based Dutch model, had a special guest in tow on a recent afternoon at an East Village café: her beloved two-year-old mixed-breed pooch, Charlie. “I rescued him,” she said. “He was in Greenpoint — they had a dog fair and a cat fair — all these rescue pets…but he comes from South Carolina, so obviously he likes to be outside. He is not really a city dog.” In her five years of modeling, Schimmel walked nine runway seasons; landed campaigns for Chloé, Adidas and Gap, and has kept busy lately with features in international issues — Harper’s Bazaar, Vogue and L’Officiel — as well as surfing, her new favorite hobby.

Marique Schimmel: When I got scouted, I was about 15, I think. I was shopping with my friends in Amsterdam. I came to my mom three days later and said, “Oh, by the way, this guy came up to me and gave me his [business] card.” I didn’t do anything with it until I turned 20, and then I said “OK, I’ll give this a shot.”

WWD: Had it ever occurred to you to try before you got scouted?

M.S.: I had never heard from anyone that I should be a model. And I guess because of my two brothers, I was kind of a tomboyish girl. They did Judo, so I was getting into Judo, too; I did so many sports when I was a kid. I was doing Judo like six times a week! I was pretty into that. I never thought about being a model.

WWD: How did your career take off from there?

M.S.: I finished high school and I studied nursing for two years in Holland. I really liked it. I was working with mentally ill kids. It was a super tough business. I was 20 at the time, and I wanted to travel. I was thinking of doing my internships abroad somewhere. Then I got scouted again, and I thought, if modeling doesn’t work out, then I can always go back to school.

WWD: Any funny memories or experiences the job?

M.S.: Last year, I tried skateboarding for the first time. Then in July, I broke both of my arms doing it…I had literally just got into it. I did it for a few months, and then I broke my arms! It took almost a year to recover. But I still did fashion week, it was funny. My arm was stiff, I couldn’t stretch it. Most of the people didn’t notice. I was doing runway with these weird, stiff arms. Now I appreciate my arms more than anything. Back then, I couldn’t do anything. I had these amazing friends — they showered and fed me and everything. That’s how I got really close to my boyfriend. He was helping me do everything.

WWD: What would you say is the biggest lesson learned?

M.S.: I actually enjoy modeling now more than years ago. I know how all of it works. In the beginning, I had never traveled by myself, and now I know more people. I didn’t even know before modeling what Prada and Chanel were. I had no idea — I had never even heard of Alexander Wang. I had no idea which brands were big and small. My first runway season, I was like, “I don’t know what I’m doing!” But now, of course, I know.

M.S.: There are still a lot of amazing photographers and stylists I want to work with. You know, some people from Holland would say, “Yeah right, you’re not a model.” And then I was on the cover of Dutch Vogue. And I was like, “There you go!” My parents were super proud. It was amazing to do something like that. As for later in life, who knows? I have no idea where I will end up. I’ll probably travel back and forth [between Europe and America]. Or I’ll probably end up in some seaside location for the rest of my life.