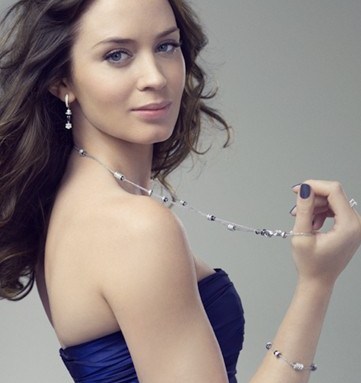 The Montblanc photo tour has made its New York City stop.

The firm’s first World Exhibition Tour of the Montblanc & Signature International Cultural and Charitable Photo Project arrived at Sotheby’s last week after a February launch in Los Angeles and a stopover in Hong Kong.

The project features a series of portraits of celebrities such as Emily Blunt and Helen Hunt, with each posed as their favorite literary heroine. Blunt chose Gwendolyn from Oscar Wilde’s “The Importance of Being Earnest,” and Hunt posed as Anna from Leo Tolstoy’s “Anna Karenina.” Other participating actresses include Sienna Miller, Jessica Lange and Susan Sarandon. The portraits are up for auction, with proceeds benefitting UNICEF’s global education and literacy programs.

The traveling celebrity portraits will be on display at Sotheby’s through Wednesday before being shipped off to London and then making their way back to Los Angeles. There, the auction will culminate on Sept. 8, International Literacy Day, at another charity event.

Each portrait will be sold with a limited edition Montblanc writing instrument set with diamonds and sapphires. The company expects to raise more than $1.5 million for UNICEF through the auction, as well as other fund-raising initiatives.

“What has intrigued us with UNICEF is that they believe in quality education for each and every child in the world,” said Lutz Bethge, chief executive officer of Montblanc. “This is extremely important and close to our hearts, and has to do with our history of over 100 years in the writing culture.”