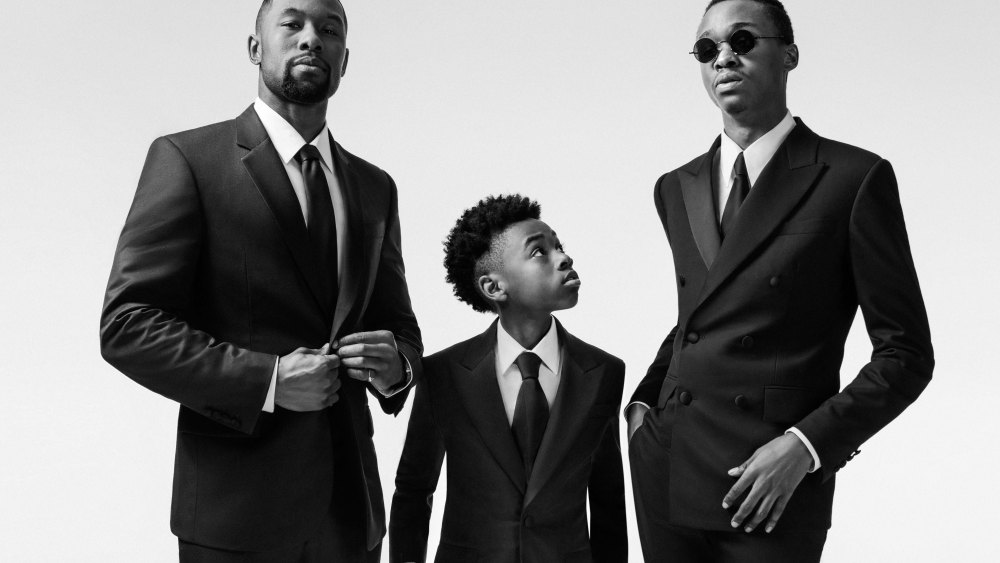 When “Moonlight” won the Academy Award for best picture, its triumph marked a series of shattered ceilings in film: The first Muslim actor to win an Oscar in Mahershala Ali; the first movie with an all-black cast to win Best Picture, and the first LGBT-centric film to win the top prize — all made on a $1.5 million budget, the second-lowest ever to win the award.

“We never imagined any of this would come from working on a little independent film in Liberty City, Miami,” Ali says, a few days after both winning the Oscar for best supporting actor and welcoming his first child, a daughter. “‘Moonlight’ is an art film. We had very limited means in making this movie — yet none of that mattered in the end.”

The campaign, shot by Willy Vanderperre, was done shortly before Oscar nominations were revealed and under the new era of Raf Simons as chief creative officer at Calvin. Aside from being a striking underwear ad, the casting of exclusively black men — who are in the spotlight from a low-budget, LGBT film — speaks to a larger cultural moment.

“I believe the campaign serves as a continuance of what a goal of the film was, in providing an understanding in order to further develop inclusion and unity,” says Rhodes. “It’s great to see yourself represented in all mediums. I think it represents the minimizing of an ideal we as an industry have held onto for too long — out of fear. I believe the win coupled with the campaign hits those prejudices in the mouth.”

As for his reaction upon actually seeing the campaign: “Holy guacamole. Most people know my face these days…and my abs.”

Ali played along: “My reaction was, ‘Trevante needs to get in the gym,’” he says.

Vanderperre says he wanted to go about creating images that were “honest, poetic and emotive,” adding that the shoot environment was meant to create “a universe unique for them in which we could enhance their own identities.”

“‘Moonlight’ shows — without judgment or patronization — a different, honest and heartfelt look into life,” he says. “It puts a focus on real life, constrained from exaggerated emotions. The subject of sexuality and the struggle and fight for acceptance is sadly enough still a huge issue today, not only in the African-American community, but for the entire gay community. This makes [the film] worldly, recognizable and relevant.”

For the actors, being cast in such an iconic American project as a Calvin Klein underwear campaign is no small notch.

“Once I got into college I started to notice a pattern in my experiences,” Ali says. “A pattern that has followed me for 25 years. Any time I found myself in situations of affluence, opportunity or access, I was often the black guy. So to see a campaign flush with black faces being marketed to the general public, and not just the black populace, is somewhat groundbreaking. Alex Hibbert is an extraordinary talent. I believe he’s 12 years old. I hope he grows up in a world where this type of opportunity is something that he can view as normal, especially considering it’s 2017.”

While “Moonlight” might be a singular movie that is enjoying a burning moment in the spotlight, the casting of the actors in the campaign indicates an even broader societal shift by focusing on men who normally would be secondary. As Hibbert says, “I thought the movie was it. But this is way more.”