The Juilliard grad is Amy Poehler's leading star in "Moxie," the new Netflix movie about a young woman's introduction to feminist movements.

Hadley Robinson shot on the Upper West Side of NYC.

Like many kids, Hadley Robinson went through a revolving door of phases of what she thought she wanted to be when she grew up. There was the athlete phase, a journalist phase, the president of the U.S. Then there was the Jessica Chastain phase: Chastain went to Juilliard, so Robinson decided she had to go there, too (class of 2018). Chastain is a vegan, so Robinson followed suit. With acting, Robinson realized at a young age she didn’t have to choose any one of the phases: you get to be them all (well, minus actual Jessica Chastain, of course).

Robinson first read the script for “Moxie” while on a plane, and found herself in tears for most of it, rocked by how much she related to the main character Vivian’s journey of understanding the sexism around her and finding her way through doing something about it.

“I think it just spoke to a lot of experiences that I had been through or friends had been through,” Robinson says. “Just that feeling of being unseen or unheard in high school. When you’re going through puberty and you’re going through an awkward phase and you really want to be understood, but you don’t really know how to reach out to people and connect to people in the way that you want to. I think the harassment and microaggressions that take place in the script and the story…I think most women I’ve ever talked to have talked about having similar experiences.” 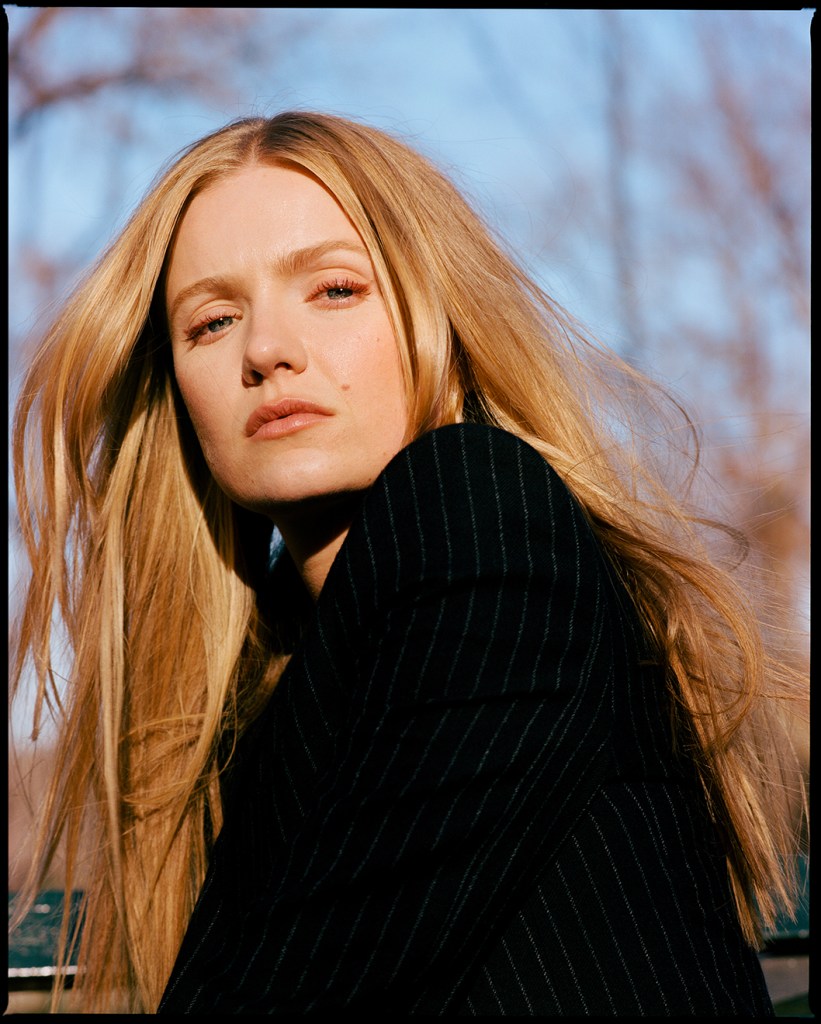 Hadley Robinson shot on the Upper West Side of NYC.  Tatum Mangus for WWD

Vivian learns about the Riot grrrl movement, zines and bands like Bikini Kill and Sleater Kinney through her mom, played by Poehler, which inspires her to create her own anonymous feminist zine at her high school. To prepare, Robinson spent hours wearing headphones, listening to the female punk bands of the Nineties discovering their impact for herself.

“The lyrics are really like poetry, but they have so much context and so much meaning,” she says. “And to really bask in the words, along with the energy that the music is relaying…I mean, it’s experiential.” 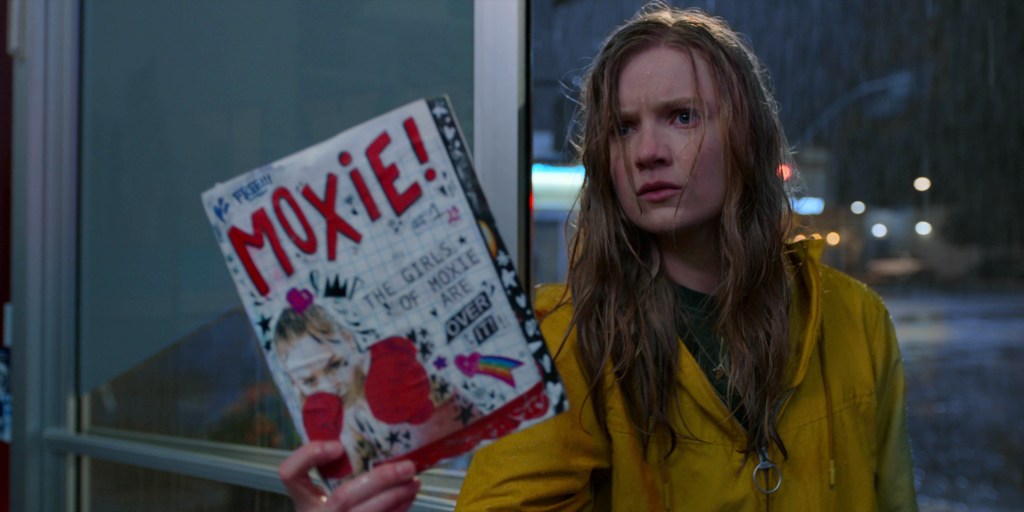 Hadley Robinson as Vivian in “Moxie.”  Courtesy of Netflix

Robinson, who describes herself as a “huge empath” with an “overactive nervous system” that lends itself naturally to storytelling, has been holed up throughout the pandemic, having wrapped “Moxie” shortly before lockdown and on hold to continue shooting her upcoming HBO series about the Los Angeles Lakers, in which she plays a 19-year-old Jeanie Buss.

“I’ve already done the pilot and now it’s been stagnant for over a year and I’m trying to keep her within me,” she says. “I’m trying desperately to get into basketball, even though I really still don’t know what’s going on at all.”

In the meantime, she’s keeping busy with art, making a book of her watercolors: she draws women’s faces with speech bubbles, and fills in their thoughts as a form of her own stream of consciousness.

“It’s completely linked to my subconscious, so whatever just comes to me first, it goes on the paper,” Robinson says. The process sounds not unlike Vivian’s journey through punk music and how she found herself in the process. “I learn a lot about myself, through not really thinking about what they’re saying. I’ll paint the face, and then whatever….It’s kind of like free writing,” Robinson says. “But usually it’s kind of the deeper recesses of my subconscious.” 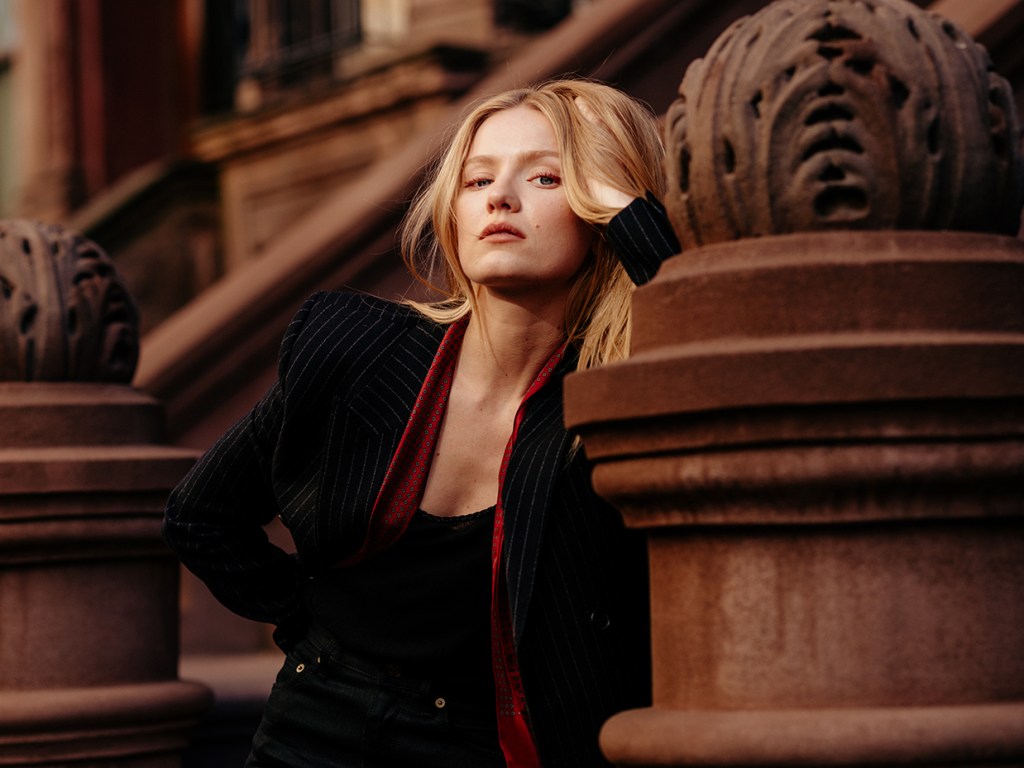 Hadley Robinson shot on the Upper West Side of NYC.  Tatum Mangus for WWD