"Mozart in the Jungle" actress Hannah Dunne makes her stage debut off-Broadway opposite Molly Ringwald in "Terms of Endearment." 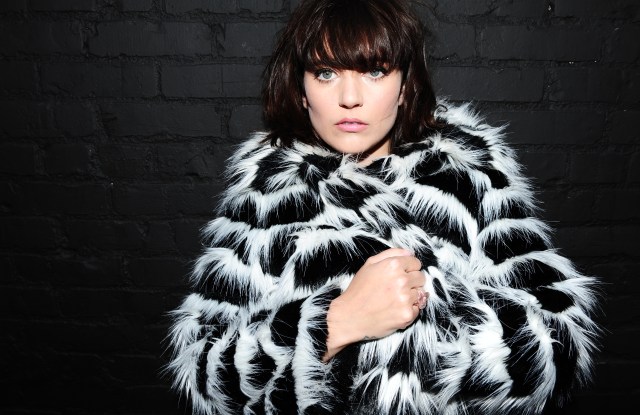 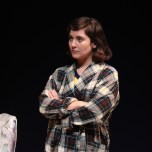 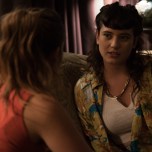 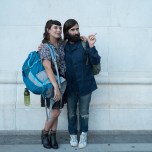 You can bet that there is pressure riding on Hannah Dunne, the 26-year-old who is making her stage debut off-Broadway in the reenactment of critically acclaimed story “Terms of Endearment,” in previews now. But watching her bite into a burger and fries at a Theatre District pub, you would never know it. “I mean, of course [there is pressure],” she says, dipping a fry in ketchup. “But it’s also not a pressure that I feel like I don’t want to take on.”

Perhaps the pedigree helps to calm nerves: Dunne is the daughter of two actors, and her grandfather was the late journalist and producer, Dominick Dunne. “When I was four years old my parents would have dinner parties and I would do little Ethel Merman impressions,” she says. “I found these really funny tapes of me at two years old and my dad is video taping, being like ‘You’re a very, very old woman and you haven’t seen your children in years,’ you know, doing these early directing little tests,” she says.

Born and raised in New York, Dunne studied drama here and there, but never had proper training. “I did in some ways, but never in a ruthless conservatory. I did a lot of summer programs,” she says. But like most New York kids, the experience of growing up in the city almost taught her more. “I picked up a lot of things from different places over the years and went to a lot places.”

She’s made her name as the fun, sometimes sharp-tongued Lizzie on Amazon’s award-winning show, “Mozart in the Jungle,” which returns for a third season on Dec. 6. And even though she has played Lizzie on screen for three seasons now, Dunne finds that she feels more at home on the stage than in front of a camera. “Film was the new thing for me,” she says. “I really love theater because you get lost in it and play. It’s not ‘take it from that line’ and ‘take it from this,’ you really have to roll through all the motions. It’s all really exhilarating in that way.”

“Terms of Endearment” finds her opposite actress Molly Ringwald, who plays her mother, Aurora. Together the two combat life’s many relationships in this tumultuously funny — and, unsurprisingly, often complicated — portrayal of mother and daughter. “I feel like she’s really taken me under her wing,” Dunne says of Ringwald. “She’s bringing me up, which is nice.”

In typical Broadway fashion, Dunne was cast in the role after several rounds of call backs — or as she says, “work sessions.” “It really kept me on my toes,” she says. The role of Emma, her character, is “tough” and “very resilient,” and it was tapping into those aspects of herself that proved the real feat. “I’m trying to remind myself that I know Emma in a lot of ways, and to not be too intimidated,” she says. “I don’t think she’s so introspective a lot of the times as much as she’s just right there. She’s very much in the moment and willing to talk, she’s very present,” Dunne says. “In that little way, it releases some of the pressure to be so heady. I think she is just figuring it out as she goes, and we see her in that struggle. She’s really badass and in some ways, really a feminist also.”

If Dunne has it her way, this might just be where her roles continue. “I am definitely interested in shedding the light on these really private moments between women that we don’t really get to see that often, and showing the complexities of it,” she says. “We can go from here to there and fight with someone and immediately it’s not a fight anymore. That’s what relationships are: they just keep on rolling. Seeing those glimpses help inform us that any moment you have is a good enough moment to remind those that you love, that you love them.”