Chatting during lockdown, the supermodel reflects on life in fashion — and where the world goes from here — as she releases “Naomi” with Taschen.

Naomi Campbell on the runway at the Julien MacDonald Fall 2000 show.

If Naomi Campbell DMs you — and it’s hard to believe this needs to be stressed — reply to her, please. She’s slowly acquainting herself with the medium, and is a touch stressed she won’t get replies when she sends messages, giving compliments here, some praise there.

“I’m new to the DM. I only got onto DM not long ago — like the beginning of this year,” Campbell says. “People kept saying, ‘I DMed you.’ I’m like, ‘What is that?’ But then I go into it. So I just send them a message. And sometimes, I wonder if [when] I send, maybe they’re not going to answer me back, but I’m going to send it anyway.”

Campbell has been locked down mostly in Los Angeles, though was back in New York for a short while late last month. She’s on Zoom from her home base there (with the camera turned off), in the midst of a 14-day quarantine since arriving from the West Coast, where, like many people throughout lockdown, she spent much time on her phone, finding inspiration and discovering talent. 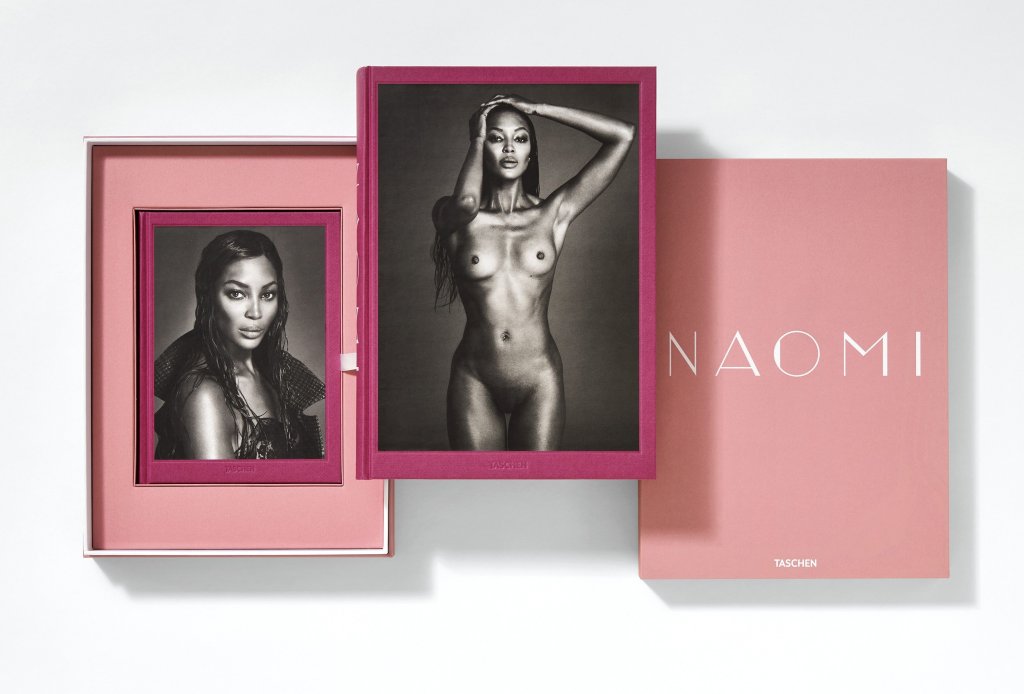 “Naomi” by Taschen  Courtesy of Taschen

Campbell is in a reflective state, having turned 50 earlier this summer and on the horizon of releasing “Naomi” with Taschen this month, an extended take of the 2016 volume she did with the publisher that encompasses more recent works and thoughts on her career and the industry at large. She says that while the first book was more of an art collection item, the second installment is for her fans who have supported her from the beginning. (She also notes wanting the second edition to be more affordable for her fans, priced at $150 down from the original’s $300.)

“It was important that I had Campbell Addy in there, because Campbell Addy is one of the first Black photographers I’ve gotten to work with in mainstream fashion in my 34 years of modeling,” she says of her process. “Just the next generation of young photographers, really. I wanted that to be included, since it’s their time. I’m excited. I’m just in awe sitting here. And there’s all these wonderful young stylists and photographers in France, in London, in New York, in Africa. I mean, it’s a challenging time in terms of what we’re dealing with, but it’s a wonderful time for creativity.” 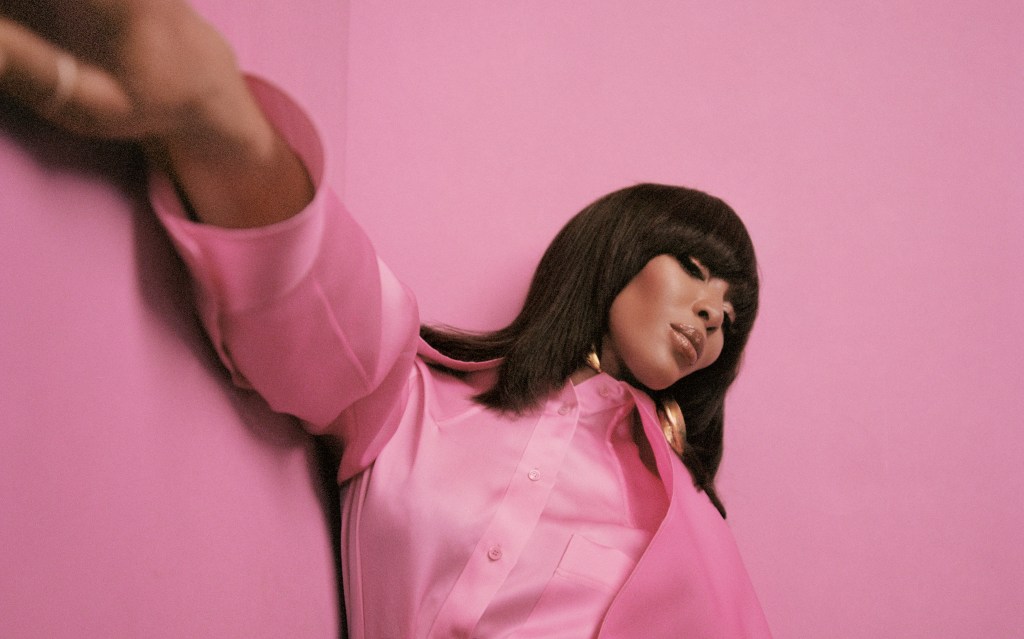 An image from “Naomi,” shot for The Guardian UK by Campbell Addy in 2019.  Courtesy of Taschen

She admits that the timing of the release has been complicated, with the state the world is in at the moment, but she didn’t see any point in postponing.

“Reflection time is important,” she says. “I try to do a routine. I try on the weekends, especially Sundays, to just really not do too much. And it’s OK to have that rest period to rest your mind, to rest your body, and to not plan anything. It’s good. We need to do more of it. So I’ve really enjoyed this time of quarantine. I’ve been enjoying being home. I’ve enjoyed being with myself. And I can’t ever say I felt bored at any time or lonely.”

Campbell spent her 50th birthday, back in May, sitting in her garden, having lunch, listening to music and reading notes from loved ones. She was relieved to have the excuse of lockdown to avoid having a proper soiree, she says.

“I liked the still and serenity of my 50th birthday. I enjoyed that day. I really did not want a big party, not because I was in denial of being 50, nothing to do with that. I just didn’t want to plan anything. I didn’t feel it,” she says. “So the way it turned out is the way it turned out, and I was very fine with it.” 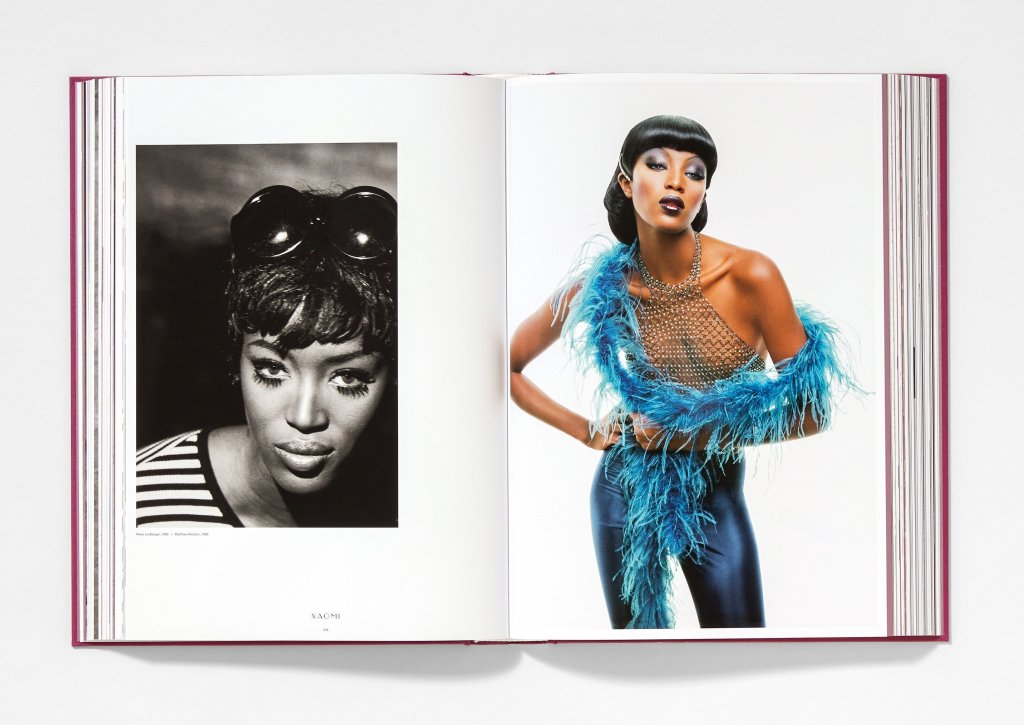 Inside “Naomi” by Taschen  Courtesy of Taschen

In the new book, she writes of feeling frustrated that in 2020, after a groundbreaking career in the industry, she still has to encourage people in fashion to embrace African brands and designers.

“A lot of people said yes to your face, but never did it. For me, you can say the words, but I’m all about the action. So then no action would follow,” she says. She cites Kering as being one company who has made good on their word to take action around working with African students. “The whole thing about a global globe is, I’ve said this many times but I’ll say it again is, you can’t say everything’s global when you’re missing a continent. It’s not giving a chance and an opportunity. It’s not fair,” she says. “That’s not equality.

“I want to be sure of when I commit to the things that I’m asked to do, that they’re really understanding of where we are right now and what’s going on,” she continues. “And not because it looks right, because it’s not about how it looks. It has to be that you understand it and that you want it and that you want to make a change in this world of what’s happening and you want to make a difference. That’s important.” 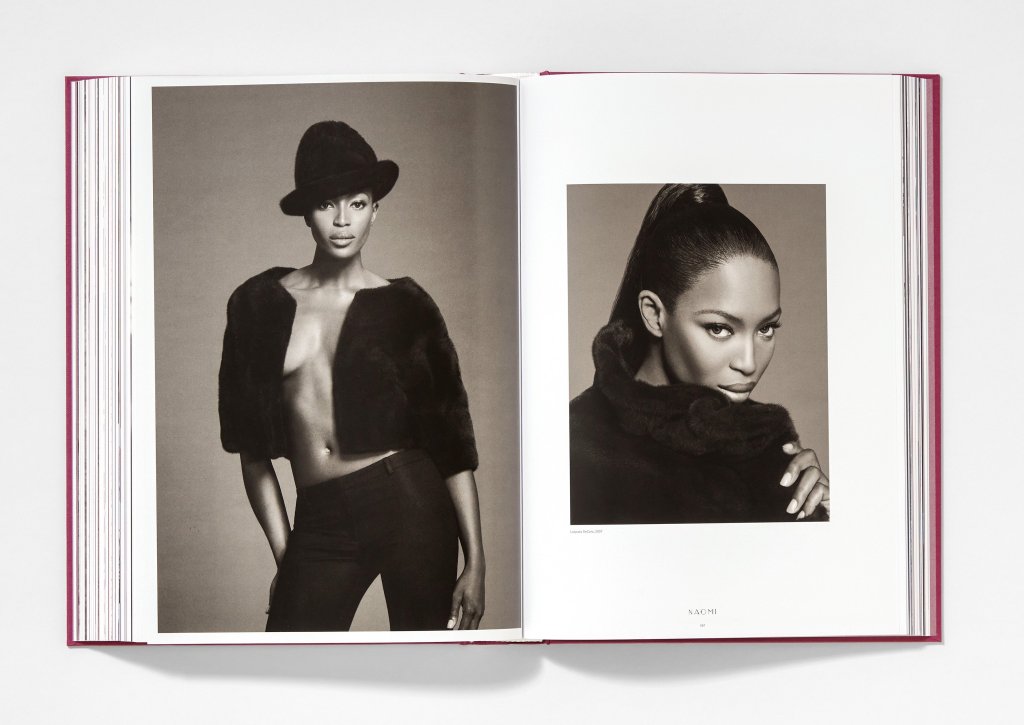 Inside “Naomi” by Taschen  Courtesy of Taschen

When asked for the biggest challenge of her career:

“My whole life is a challenge. It’s fine, I’m used to it. If it wasn’t a challenge, I’d be like, ‘What’s wrong? Something’s wrong.’ So that’s just how it’s always been for me,” she says. “It’s just the normal for me.”

As for highs, she says it’s all about the collaborations.

“One of the things that I’m thrilled about is being able to work with Pat McGrath, who runs her own business as a Black woman from England. Same heritage as me, and coming from the same part of London. I’m very proud to work for her and see what she’s doing and how she’s done, where she’s come from and where she’s at. I know she’s just going to take the world and I’m thrilled to be part of Pat’s journey, thrilled to be the face of Pat McGrath. I’m very, very proud of that,” she says. “As the same pride that I was with Edward Enninful getting his position. Proud of how he’s been creative and what he’s done and turning things and changing things and embracing the next generation. I’m proud of my friends. I’m proud to see my friends do good, always.”

Campbell writes that she’ll never use the word retire — “chill out,” perhaps, but not retire.

“I don’t think you ever have to put that on yourself or give them that ultimatum. I don’t want to ever say that because what if I want to do something in Africa or I want to do something in India? I don’t want to say that,” she says. “And I have Fashion for Relief, which I’m very much behind and part of the Fashion for Relief fashion show. So I don’t know. I mean, I don’t do shows like I used to, so that’s happened. Everyone knows that for a long time. So I just do one here, one there, and that’s fine. I still find those fun and exhilarating, adrenaline rushing, nerve wracking, but I’m happy and happy for the designer. You just want to make sure that you present yourself in the best way that you can. But I’m not going to make announcements. I would just bow out gracefully, if that’s how you put it.”

She’s nothing but optimistic about the future though, both of her own and for the fashion industry, despite the obvious challenges the industry faces.