“I think there is something nice about the intimacy of experiencing this [at home],” Dyer says, over Zoom from her house in Atlanta, where she’s been sheltered since filming on the new season of “Stranger Things” got shut down earlier this year. “It has its humor and its light moments. At home seems to be a nice space for that, I think.” 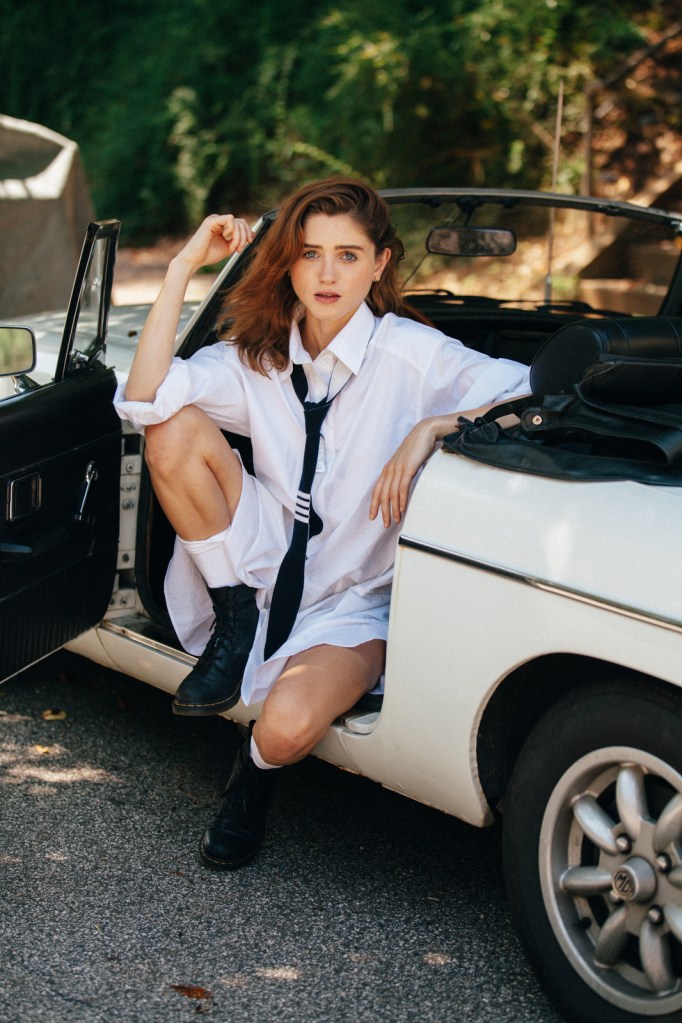 At 25, Dyer has boldly gone back to where few are comfortably willing to go — high school’s most vulnerable moments — to portray Alice, who is deep in the crux of growing into her own while navigating the relentless pressures of an external life.

“She’s naïve and sheltered, but very curious about herself,” Dyer says. “I was pretty quiet in school, to be honest. A good student. I think looking back on it, I was pretty concerned about just not messing up or not doing anything too controversial by high school standards, and [having] this perfect image. Not that I was striving for perfection — though I think we kind of all are in a way. Just observing. Just figuring yourself out. Just not quite sure who you are, but wanting to be something that other people like. But also trying to stay true to who you actually are and just figuring all that out.”

“Yes, God, Yes” originated as a short film, which Dyer also starred in, before being made into a feature-length movie, opening at SXSW in 2019. Dyer learned of the project initially via e-mail from Maine, before she reached out to her agents to get their thoughts.

“I think I’m very much drawn to stories that I feel empower women. And not necessarily in the superhero way, just in that girl who’s not sure of herself in the world and then gradually learns something about herself and comes out better for it,” she says. 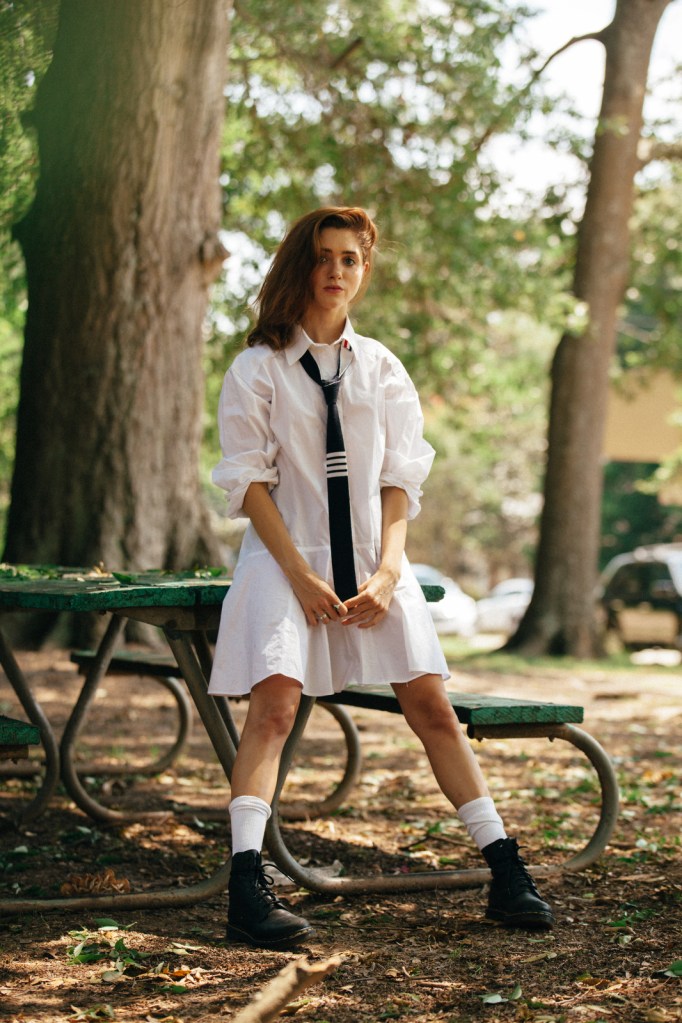 Dyer grew up in Nashville in an athletic family. At age eight, she was away at sports camp and Day One sprained her ankle; unable to compete, they placed her in the drama side of the camp, which had an opening. Her parents were luckily on board with the switch, because Dyer quickly fell in love with acting.

“When I think back to it, I didn’t take it so seriously. It was more just something I loved to do and I think that’s why I was always a little hesitant to just completely throw myself into acting, into this world. Because I was like, ‘I want to keep that for me, and then find something else to do for my living,’” she says.

Landing the role of Nancy Wheeler in “Stranger Things” was the first time she really saw acting as a career path.

“The thing about acting is a lot of times you’re relying on people to greenlight you and say, ‘Yes, I believe you can do this. I’m going to let you do this.’ Which can be hard because there’s not a whole lot of autonomy, and I think I was scared to put all of my heart into this basket where who knows what’s going to happen with it,” Dyer says.

The success — and stability — of “Stranger Things” has allowed her to dream a bit bigger in the acting world now. 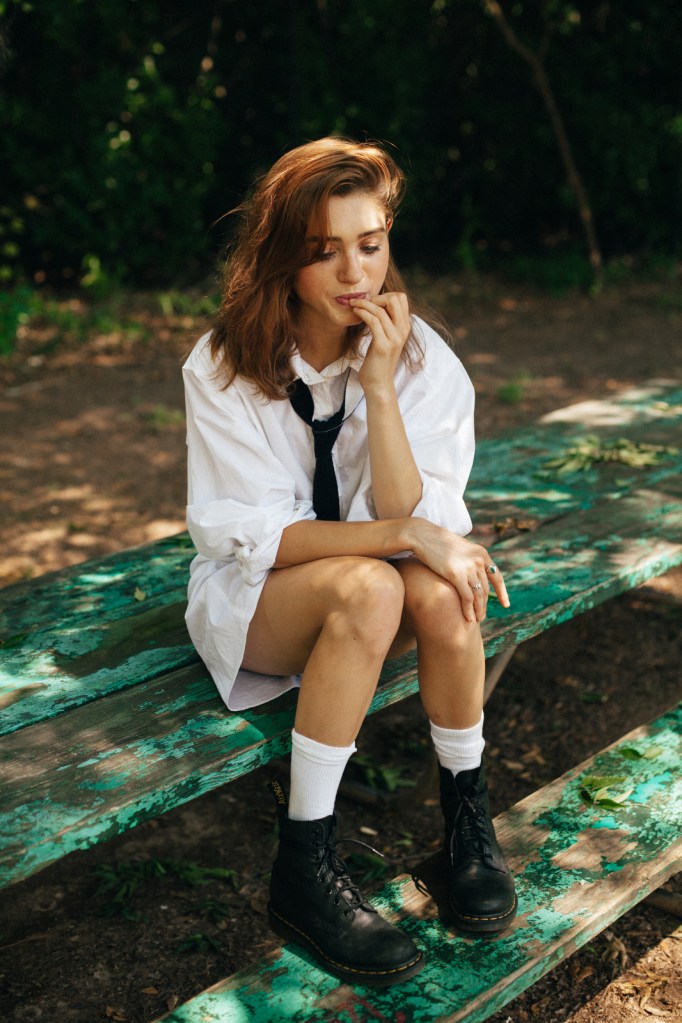 “I’ve been able to be like, ‘No, I think maybe I can do that and throw myself into it a bit more,’” she says. “But I do think it’s important to hold other things outside of this space. I like writing quite a bit. I wish I did music. I like just drawing. Yeah, just little things, little personal things, always to exercise that creative energy on your own. I think you need to find outlets for that. Again, no one’s guaranteeing you a job in the acting world.”

Dyer is a self-professed list-maker in her usual life — to-do lists, calendars, crossing things off. Quarantine times have been a major period of reflection, she says, as her planned year evaporated and she has the space to evaluate how she’s spending her time and what sorts of stories she’s involved in telling.

“Sometimes you are reflecting and you hit on something and you have the time and the space for pursuing that thought. That’s part of it is thinking about what story to tell. I don’t know. It feels that everything is very much in the moment. So it’s hard to think beyond the moment [these days],” she says. “A journey for me in quarantine, I think, is figuring out and going back to those things that make me happy and feel creatively satisfied outside of the film and TV world. I think fear and excitement are on the same plane of emotion. You have to decide which one you are sometimes.” 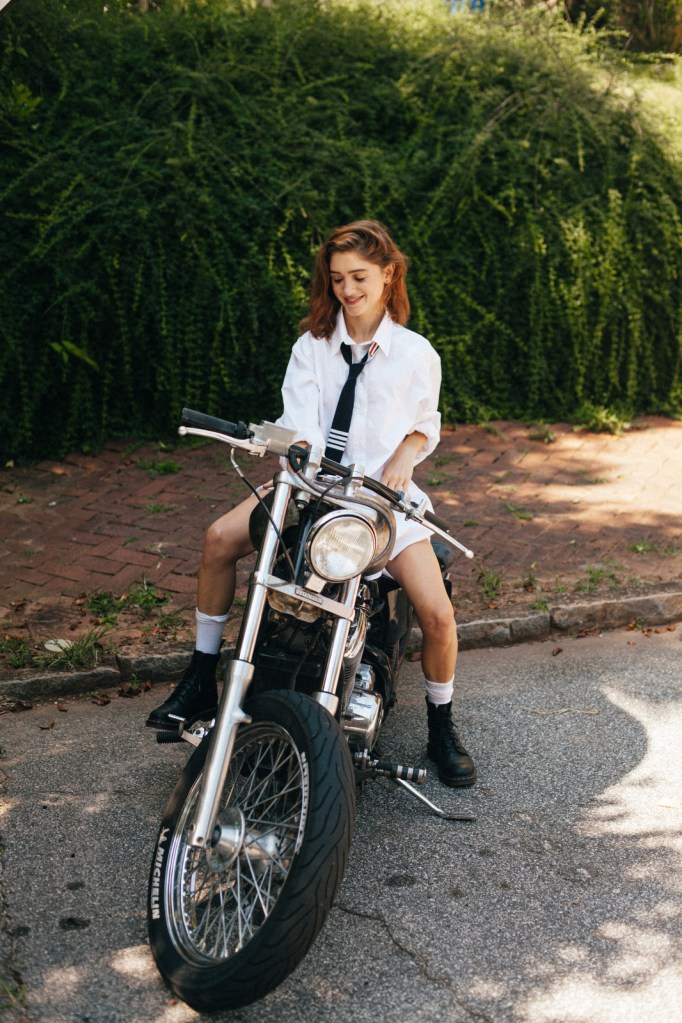