A jam-packed week of junior social events kicked off on Tuesday with the American Museum of Natural History's Winter Dance, where Roberto Cavalli —... 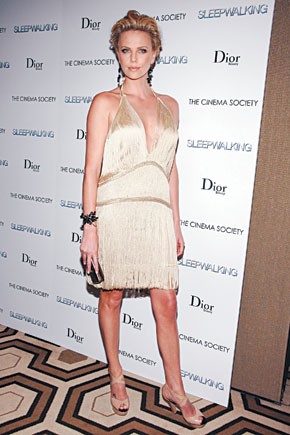 A jam-packed week of junior social events kicked off on Tuesday with the American Museum of Natural History’s Winter Dance, where Roberto Cavalli — the evening’s sponsor — was flanked by a veritable harem of PYTs including Anne Hathaway, Mary-Kate Olsen, Margherita Missoni and Barbara Bush.

In keeping with the evening’s enchanted forest theme, dinner was served in the museum’s Hall of Biodiversity (aka the plant room), which was appropriately attired with Cavalli floral-print table linens. Dessert and dancing followed underneath the 60-foot big blue whale in the Hall of Ocean Life, where scores of more youngsters like Jessica Stam, Lily Donaldson and Stavros Niarchos mingled amid silent auction items.

Did Cavalli have plans to bid on anything? “Auction?” the designer asked his handlers, clearly unaware he’d donated the evening’s prizes — tickets to his next show, clothes from his collection and dinner at the Just Cavalli Café in Milan. “We like to keep everything a surprise for him,” said one of his flacks.

Downtown that same night, Dior Beauty hosted a Cinema Society screening of Charlize Theron’s film “Sleepwalking.” And it seemed the actress was suffering from an identity crisis.

“My publicist just called me a dork,” said Theron in mock disbelief. “Doesn’t she know I’m the sexiest woman alive?” There was no denying that, with the statuesque Oscar winner decked out in a Dior frock that was little more than a few strategically placed strings. But by the time Theron arrived to the after party at the Soho Grand — where Salman Rushdie and a new gal pal kept their distance from his ex Padma Lakshmi and Debbie Bancroft arrived with John Schneider (yes, Bo from the “Dukes of Hazzard”) — she’d changed into a black tank top and pants.

Earlier that day on the West Coast, things nearly came to fisticuffs at the fifth annual Bag Lunch benefiting P.S. Arts, this year sponsored by Lancôme. Emily Deschanel, Kristin Davis, Angie Harmon, Rose McGowan and Kerry Washington vied for their favorite purses (all in the name of raising $200,000 for public school art programs). “I’ve never had this many women in my home, and I think there were a few bloody noses,” joked Carla Sands, who hosted the fete at her art-filled Mediterranean villa in Brentwood.