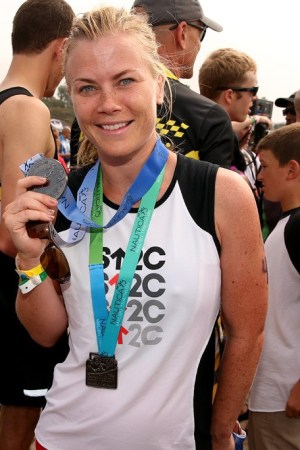 Jon Cryer had a tough time at the Nautica Malibu Triathlon in Malibu, Calif., last weekend.