Forget New Year's resolutions — here's how Sienna Miller, Ben Affleck, Zac Posen, and others are planning to spend their time in 2017. 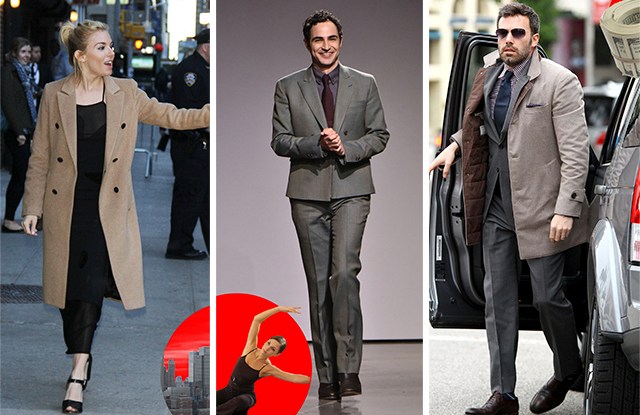 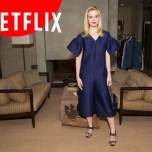 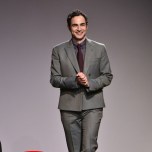 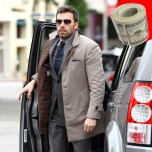 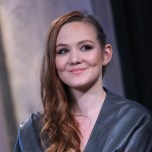 You’re not the only one counting on the dawn of 2017 as an excuse to immerse yourself in a new pop culture, political or health-minded kick; we surveyed various celebrities and designers to find out what they are planning to fixate on going into the New Year.

Who knows, maybe you’ll run into Zac Posen next to you at Pilates, or bump into Prabal Gurung hauling a bag of compost down the Bowery.

Sienna Miller
“What am I gonna be obsessed with in 2017? Probably New York. I’m obsessed with it now and I think it’s gonna carry on. Gonna keep my obsession going. I just love it here. It’s its own country and it’s open and diverse and magic.”

Elle Fanning
“I might say Netflix because I just got Netflix. So I’m, like, discovering everything. I’ve only watched ‘Making a Murderer.’ That’s all I’ve watched. So I have, like, a lot to watch in 2017.”

Zac Posen
“So in between Christmas and New Year’s, I am planning to keep myself busy by catching up on the award season screener movies, ‘La La Land,’ ‘The Lion’ and ‘Manchester By the Sea.‘ I’m also working on my ‘Cooking With Zac’ cookbook. I am finishing creating and perfecting the last 10 recipes, tightening up the essays, and finally starting to assemble the visuals, seasonal color stories and fabric prints for the book. Also, my New Year’s obsession: starting Pilates!”

Chris Messina
“2017, wow. I wanna be obsessed with the environment in 2017. Just trying to lend more of a hand. I feel like I’m conscious of it, but I would like to be more conscious of it. With the new administration, I think that’s not even a question that you can’t be. You have to be.”

Louisa Krause
“I’m looking forward to really taking ballet a bunch again. I did that growing up. Once I get away from it, it’s harder to come back to, but once it becomes routine, it’s like my meditation.”

Prabal Gurung
“HBO’s ‘Westworld’ and ‘Insecure’ have definitely been year-end obsessions for me. I find ‘Westworld’ so fascinating, and ‘Insecure’ is exactly the type of comedy we should all be watching in this post-election era. I also started composting at the Union Square Farmers Market every weekend, and that is something I plan to continue through 2017 and beyond. It is such an easy step to help reduce waste. Focusing on sustainability is a core value for both my brand and myself as a person, and composting empowers and protects our environment. You can say I’m obsessed!”

Marcia Patmos
“It is not an obsession, but I think it is important to be very active as a citizen right now and find ways every day to contribute and make a difference in your community. I am going to start by donating a portion of the proceeds of my online sales to the ACLU.”

Monique Lhuillier
“My New Year’s obsession this year is ‘The Crown’ on Netflix.”

Genny’s Sara Cavazza Facchini
“I really love the Eighties and the dancing and clothes of that time. Starting in January, I plan to take private lessons for classic ballet. I really like to wear leotards and legwarmers for classic ballet classes. I took lessons from the age of six until I was twelve. It’s good education for the body, and it gave me elegance, but I need to start again.”