Nick Jonas and John Varvatos Are Launching a Tequila Brand

The Jonas Brother has teamed with designer John Varvatos on Villa One, a new line of tequila.

Not only is the singer/songwriter/actor in the throes of a nationwide tour with the Jonas Brothers, he’s also juggling a number of other projects, including writing a musical and preparing for the release of his newest film later this year.

But he still found time to create and introduce a new brand of tequila with his bestie, designer John Varvatos.

On Wednesday afternoon, a day before the Jonas Brothers were slated to headline a two-night gig at Madison Square Garden, Jonas joined the designer to introduce the tequila at an event at the Greenwich Hotel in Tribeca.

Called Villa One, the tequila was created by the Stoli Group and will make its debut to the public this week at an invitation-only activation lounge at the MSG show tonight. It will roll out to other markets as it follows the Jonas Brothers’ concert tour around the country before a nationwide launch in the first quarter of next year.

Jonas is hardly the first entertainer to jump into the lucrative spirits market. George Clooney and Ryan Reynolds have launched their own brands — Clooney sold the Casamigos tequila brand he cofounded with Rande Gerber to Diageo for $1 billion two years ago — and even Dwayne “The Rock” Johnson is creating his own take on tequila.

Jonas, who was dressed in an Ami hoodie and chinos at the event, said that he doesn’t view the launch of Villa One as a potential cash cow. Instead, he and Varvatos said its origins were much more organic.

“We’ve been friends for three years now,” the designer said. They first worked together on a dual-branded apparel capsule last spring and expanded their relationship into fragrance, which Varvatos said has been “a runaway success. We’re launching our third fragrance at the end of September and the first one continues to climb. But we became friends over a bottle of tequila.”

During a trip to Mexico in 2018 with family and friends, they sipped tequila and talked about “doing something special,” Varvatos said. The evening led Jonas to remark that this was “life as it should be,” the expression that ultimately became the mantra for the tequila.

It took 18 months to create Villa One, which is named after the property in which the group was staying in Mexico. The line, which includes three different versions — Silver, Reposado and Añejo — was created by Stoli’s “godfather of tequila,” Arturo Fuentes Cortes. Varvatos and Jonas worked together to design the bottles and the packaging that purposely don’t have their names on it. Varvatos said Villa One needs to stand on its own and garner fans due to its taste. “If you love it, you’ll buy it,” he said. 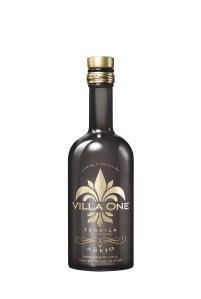 The Villa One bottle was designed by John Varvatos and Nick Jonas.

For Jonas, this is just his latest endeavor.

“The very fortunate position I feel that I’m in is that I’m able to add things to my resume that are my passions,” he told WWD. “The fragrance was one thing I did to step outside my comfort zone and was a new experience, and also something I’m passionate about: I’ve always been a fan of fragrance and wanted to learn more about it. And thankfully, I had a great friend and partner in John to help me. And this is a similar thing. I’ve always had a passion for tequila, it’s what I drink so to be able to actually partner up with the right people to bring that dream to life was really special. For me, it’s less work than it is aligning with great people and following my passions.”

As a type 1 diabetic, he said he needs to be careful about what he eats and drinks, and tequila is the healthiest alcohol choice. That was the primary reason he wanted to get into the spirits business, not because of the money a successful line can ultimately represent.

“I think there’s something to learn from every person who has started a spirits brand,” he said. “I admire George Clooney and what he’s done with Casamigos. Dwayne Johnson, a cast member with me in ‘Jumanji,’ is doing a tequila of his own, and Ryan Reynolds has Aviation [gin]. It’s about looking at any of those potential competitors and comparing them to us. What John and I are trying to do is just learn what we can from their campaigns and how they market their products and also what makes their product special. Casamigos has built a great audience, so that means they’ve done something right.

“And in everything we do, we try to learn from those who have done well and from those who have not reached their goals so we can approach this with all that knowledge in our back pocket. I think if I approached everything in my career with the thought that it could be a lucrative business, I wouldn’t be letting the art drive it, and that’s the thing that is most important to me.” 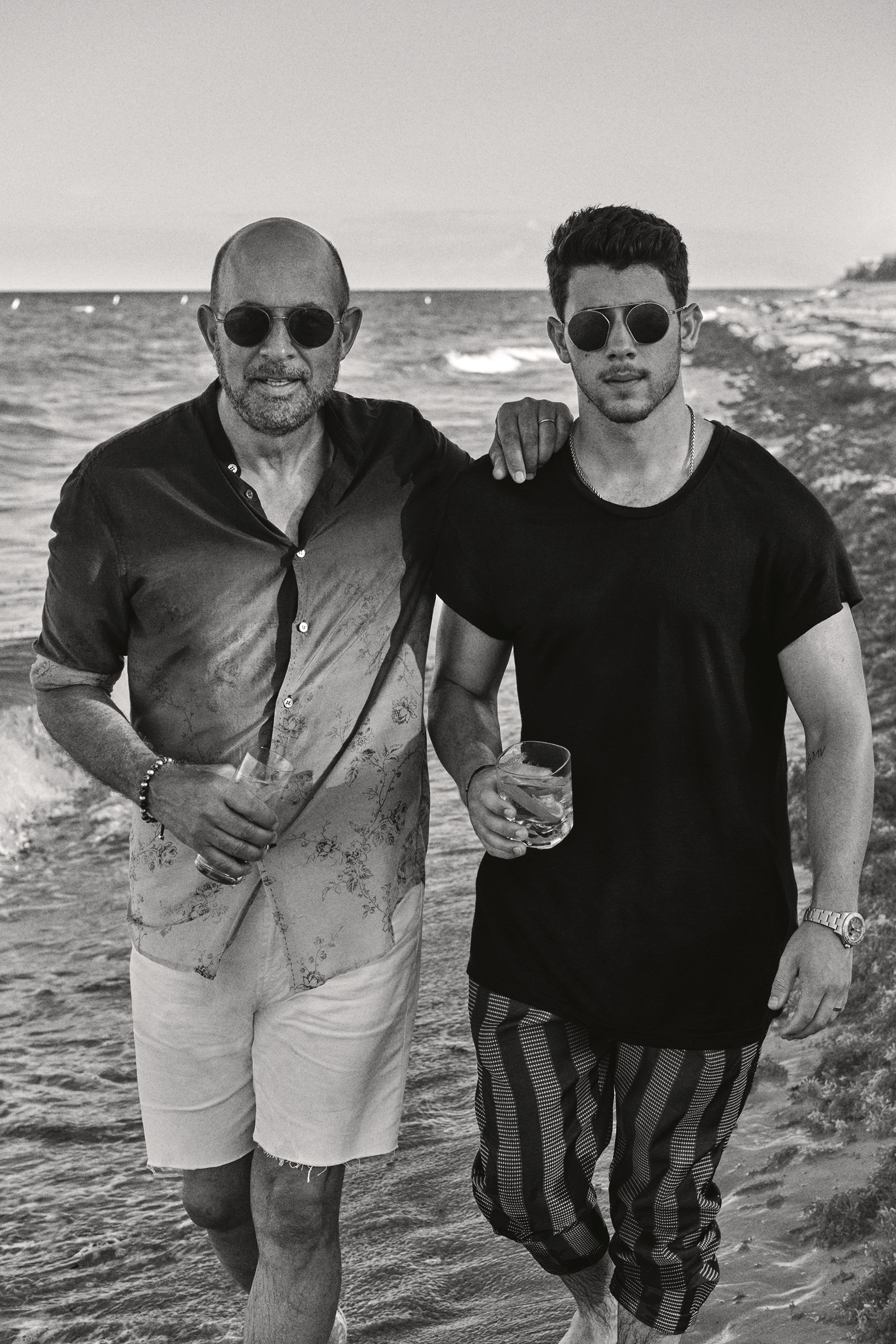 John Varvatos and Nick Jonas in a campaign image for Villa One.

He said that over the course of his career, “I’ve written songs that I’ve felt were just for me and that was enough. Some of those went on to be successful by the world’s standards and a lot of them did not, but at least I felt fulfilled. And with this, there are certain responsibilities in that we’re taking this seriously and are partnered with a major group, in Stoli.”

Jonas’ modesty aside, Rudy Costello, acting global president and chief executive officer of Stoli Group, has high hopes for the brand. “The super-premium and ultra-premium tequila sector is projected to grow by 8 percent this year and it doesn’t look to be slowing anytime soon,” he said.

Beyond Villa One, Jonas continues to focus on his music and acting — sometimes both at the same time.

“I’m currently working on a lot of things but on my very rare days off, I’m writing a musical as well as a play and a screenplay, which are all going to take a while to finish given the nature of the beast,” he said. “Musicals take many, many years and we’re in the earliest stages but it’s something that is incredibly inspiring to me and a way to take my previous experience in musical theater and the work I put into my songwriting and tell a great story.”

Then there are his acting projects. The latest “Jumanji “movie is coming out in December, he said, then “Chaos Walking,” a film with Tom Holland and Daisy Ridley, is slated to be released sometime next year. “And ‘Midway,’ a film I did with director Ronald Emmerich, comes out in November, so I’m really busy.”

Federico Marchetti to Be Honored by AmfAR in Milan

Video: Dapper Dan Takes WWD Back to his Harlem Roots