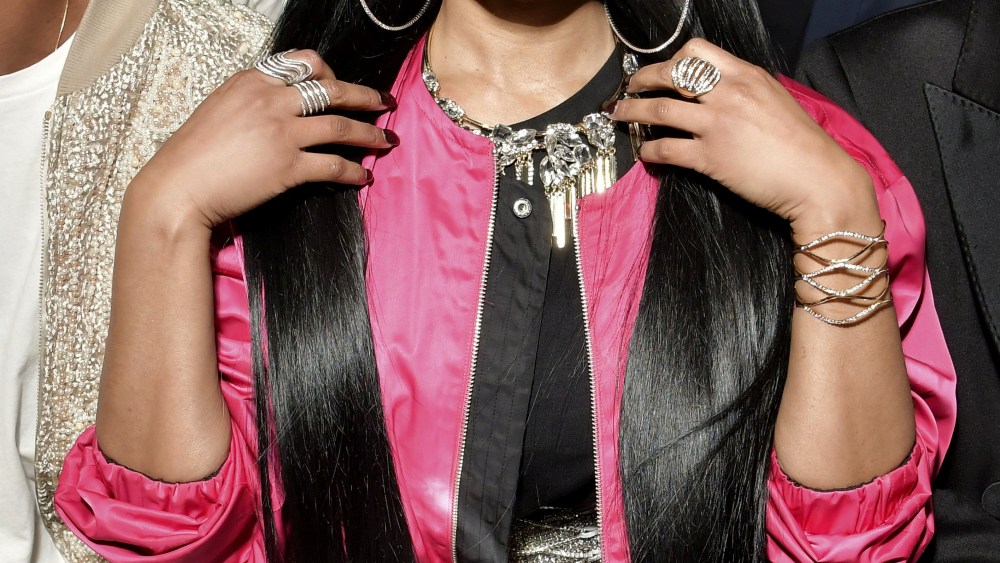 Nicki Minaj can officially add “model” to her résumé. The rapper has signed to Wilhelmina.

Minaj joins the likes of Demi Lovato and Nick Jonas in signing to Wilhelmina’s celebrity division. “I love the synergy between my music and how it inspires my fashion,” she said in a press release. “My message is always about celebrating your own style. I’m thrilled and honored to have signed with Wilhelmina. They get me.”

Minaj attended Paris Fashion Week earlier this month, where she had a major pastie moment. “I’m definitely getting inspired,” she said, sitting front row at Haider Ackermann. “This is a great way to get some visuals I could use in videos or in photo shoots.”

“People probably think I wouldn’t like that, but I do — it was so different,” she offered of Rick Owens’ show. And when asked about Olivier Rousteing’s Balmain, she said the following: “That’s always a movie. When I saw that show I was thinking, ‘Wow, I could take some of this inspiration out on tour.’”

Minaj recently garnered attention for breaking Aretha Franklin’s record for the most Billboard Hot 100 hits by a female artist. She appeared on the cover of Hits Daily Double earlier this week.

Jeff Leatham Has Flowers in His Future