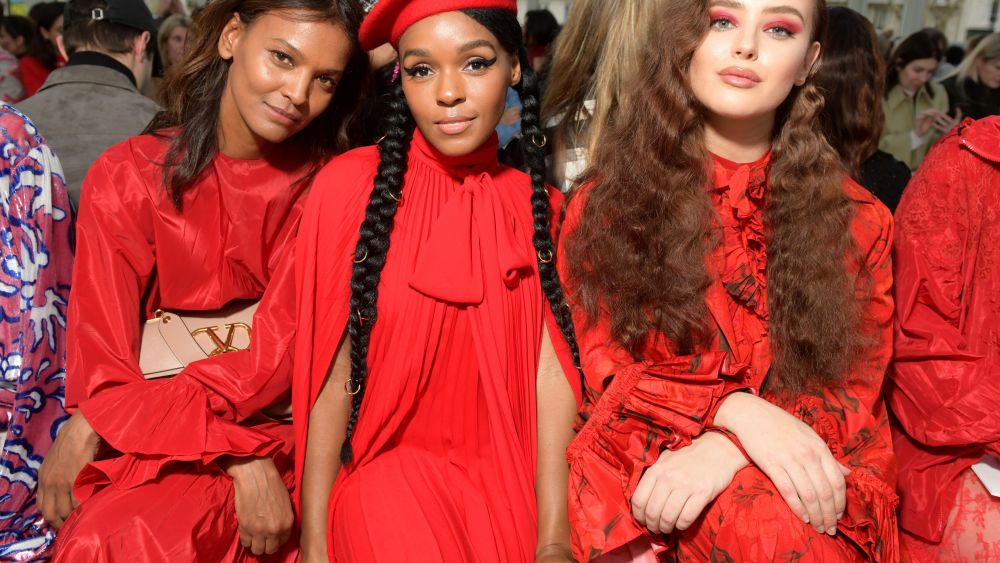 NICKING THE SPOTLIGHT: Marching into the Valentino show as the rain began to sprinkle, Nicky Hilton Rothschild didn’t flinch when the prong of an umbrella snatched the hat right off the woman in front of her, causing a temporary moment of confusion.

Fresh from a ski trip in the French Alps, Hilton had swapped her pastel rainbow puffer and pants combo for a sweeping, black gown. She set heads turning and tongues wagging as she glided past a section of the front row to take her seat.

The comments followed her, like the wake of a wave, in this order:

Hilton’s jaunt to Paris was a “little girls’ trip with my girlfriend,” she explained, once she had found her seat.

“I just decided to pop into Paris on my way home — love Paris, love Valentino,” she added. Hilton is launching a collaboration with shoe label French Sole in the fall. Nothing like the towering heels she was wearing, these will be ballerina flats.

Katherine Langford planned to leave the next day — she had a train for the U.K. where she would be shooting the first day of her new series for Netflix based on King Arthur — which will be released along with a book.

“It’s an Arthurian piece set through the eyes of the Lady of the Lake — who I’m playing and I’m also doing music,” said the actress, adding she’s a “very busy girl this year.”

Scrolling through their favorite looks after the show, Japanese pop duo Amiaya — twin sisters Aya and Ami Suzuki — had a few: the orange, ostrich feather coat and an airy chiffon dress in a bright pink that was nearly the same color as their bobbed hair.