Nikolaj Coster-Waldau on Saying Goodbye to ‘Game of Thrones’

With the HBO series finale approaching, the actor who plays Jaime Lannister looks ahead, saying of the show, "we will have told the story and then it’s time to move on." 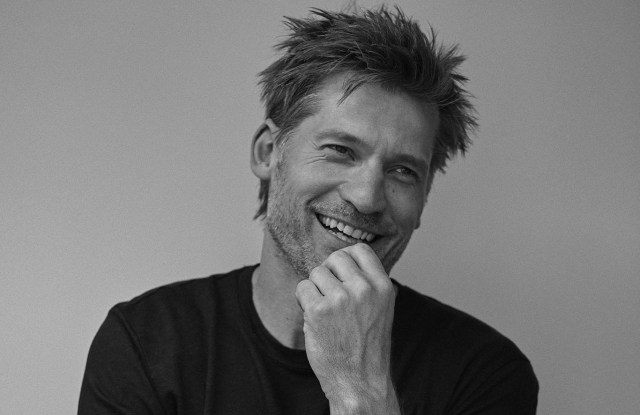 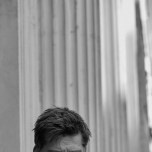 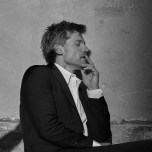 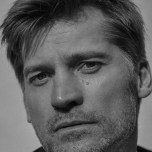 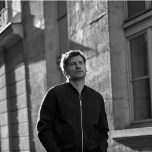 Fame was never the end game for Nikolaj Coster-Waldau. When the Dane landed the role of Jaime Lannister on “Game of Thrones,” he had been working regularly for two decades. With the show’s meteoric success following its 2011 premiere, the low-key actor was suddenly catapulted into global stardom. Now, as fans of the show prepare for its penultimate seventh season, which premieres July 16 on HBO, Coster-Waldau is finally ready to move on and conquer his next kingdom.

“I thought years ago that [Jaime] was going to bite the bullet,” he says with a laugh, noting the series’ many character deaths, which fans estimate at more than 150,000 since its debut. “[The writers] knew who would be left standing, but they never told us so it was this constant guessing game.”

Equally surprising to Coster-Waldau has been the overwhelming worldwide reaction to the fantasy series based on a set of novels by George R.R. Martin. While fans are bracing themselves for the waning number of “GoT” episodes left to air, the wry father of two is actually happy to bid farewell to his on-screen alter ego.

“Leaving the show is going to be really good for all of us,” he continues. “The level of attention that [the cast] is receiving every year when the show airs is not healthy for anyone. Maybe it’s just me that finds it a little overwhelming at times, but it’s just a television show.”

Tell that to the fans waving and honking their horns on a tiny street in Paris as Coster-Waldau walks along having his portrait taken for this story. He takes it all in stride, chatting with observers through their open car windows as he sits on a chair and the photographer snaps away.

There are few airs and graces about him, perhaps surprising for someone who is said to be among the highest-paid actors on American television. Coster-Waldau had taken the train down from Antwerp to Paris that morning — by himself — and arrived at the photo studio sans entourage. He easily and quickly changes from one outfit to the next, mischievously repeating to the female assistant stylists at the end of each setup: “Shall I take my pants off now?” One can almost feel their hearts swoon.

When the photographer suggests the actor go outside to be shot in natural light, Coster-Waldau not only agrees but even goes into a corner brasserie and asks to borrow a chair, which he then carries himself down the street whistling and singing to himself — as if he were strolling along a country lane. The man clearly has done this countless times before and knows what he’s doing, but does it with a sense of camaraderie and effortless charm.

No wonder he was such an immediate hit on “GoT,” whose millions of fans have turned the show into a weekly passion with each storyline thoroughly savored and scrutinized. “I really do love it,” he says. “But my point is that once we have finished these last two [seasons] we will have told the story and then it’s time to move on. It will be great to leave.”

Moving on professionally will certainly be no issue for Coster-Waldau, who admits he’s seen an increase in on-screen opportunities with the success of “GoT.” This summer the 46-year-old is trekking across Europe with veteran director Brian De Palma (“Mission: Impossible,” “Scarface,” “Carrie”) to film a topical crime-thriller called “Domino” that reflects the ever-frequent violent acts of terrorism plaguing the Continent recently. The actor will add to his growing filmography with the role of a tattooed prison gangster in “Shot Caller,” set for a summer release.

Despite his Hollywood success, the charming actor remains well-grounded and still resides in a small village north of Copenhagen with his wife of nearly 20 years, singer Nukaaka Coster-Waldau, and their two teenage daughters, both of whom are interested in launching show-business careers despite not being “GoT” fans.

“I don’t think I’m in a position where I should say, ‘Hey you shouldn’t do that,’” notes the concerned dad. “I believe they should definitely follow their passions, but the hard thing is knowing when you go through this, it’s a lot of rejection and a lot of heartbreak waiting. If that’s the life they want to choose, then I’ll be there to support.”

Throughout the series, Coster-Waldau’s on-screen family affairs have included violent internal power struggles and an incestuous relationship with twin sister Cersei Lannister (Lena Headey), but the actor’s own family dynamic is markedly more stable. As a goodwill ambassador to the United Nations Development Program, the actor champions gender equality and the negative impact of climate change — each respectively inspired by his female-dominant household and the noticeable changes to his wife’s native Greenland.

“You can really see the effect of climate change there quite dramatically,” he remarks, his increased rate of speech revealing a perceptible intensity. “It’s happening and now we just have to deal with it. Hopefully we can start the curve so we don’t get into a real horrible situation for our children and grandchildren.”

Coster-Waldau’s excited tone softens when attention turns to his daughters, but the gravity of his words remains. “My kids are all girls. I want them to enjoy the same benefits and freedoms as males. Whenever women are included and empowered those countries improve and they make a positive difference to the world.”

While strongly impacting his core values, living among women for a good portion of his life hasn’t influenced the actor’s sartorial sensibilities. “I like to wear good, comfortable clothes, but the truth is, I’m not really a fashion guy. I’m very lucky to have a stylist named Ilaria Urbinati in Hollywood. I call her and she makes it seem that I have taste.”

An aversion to uncomfortable costumes has caused grumbling from the “GoT” wardrobe team on more than one occasion, with Coster-Waldau quite literally itching to remove his heavy leather-and-metal battle garb. “I’m driving the costume department crazy because I’m the one who always wants to get out of my armor whenever I have a chance and you need an army of people to get out of it. When I have it on, though, it gives you so much authority, which is great because then you don’t have to act it.”

But as filming for the final season begins in October, Coster-Waldau faces fewer opportunities to don the Lannister armor. With the finale looming, the actor — who hasn’t yet seen the last set of scripts — joins fans in anticipating clarification to the story line’s many unanswered questions. “The end game is happening now. For me, there’s this thing about Bran Stark [played by Isaac Hempstead Wright] becoming an all-seeing three-eyed raven. Would that have happened if Jaime hadn’t pushed him out of the window? I want to know that.”

Character revelations aside, Coster-Waldau is excited to take on a broader selection of roles made available to him by the hit show and won’t always be driven by a hefty paycheck. “I’ve had fun and I love my work, but there’s no question some of the things I love the most did not become a big success. I believe you can’t just value your work based on commercial success. You have to separate those things because they’re very different.”

If acting can be called a game, it’s Coster-Waldau’s philosophical approach to his craft that proves he conquered its throne long ago.