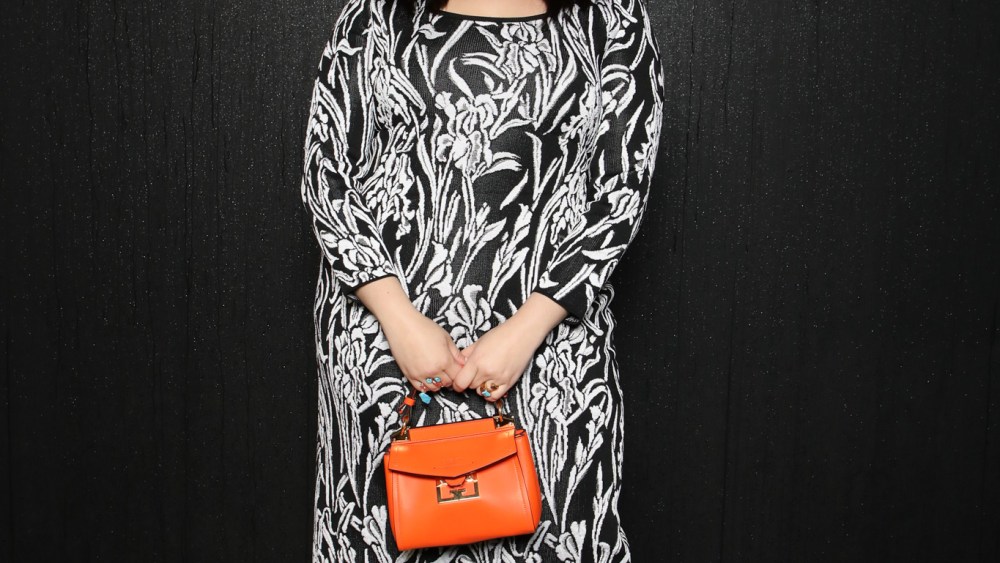 COCKTAIL HOUR: Upon arriving at the Hippodrome de Longchamp for the Givenchy show on Sunday evening, guests were greeted by an eerie cloud of red smoke, which once crossed revealed a welcome surprise: multiple cocktail bars.

When it comes to evening drinks, Noomi Rapace is easy to please. “My cocktail of choice is vodka,” laughed the Swedish actress, who is best known for her role as Lisbeth Salander in the “Millenium” film trilogy. “Vodka on the rocks.”

Rapace is gearing up to shoot four films back to back. “I start shooting in five weeks in Spain. It’s a western called ‘The Thicket’ with Peter Dinklage, who is one of my favorite actors so I’m very excited,” she explained. “Then I’m going to go into my cave of just filming for the rest of the year.”

Her cocktail party trick might come in handy: “I often make espresso martinis for people; they taste good, but they also wake you up,” she said.

Barbie Ferreira, who plays Kat Hernandez in the HBO series “Euphoria,” is more of a gin and tonic gal.

“I’m quite classic,” she shrugged. The 23-year-old actress has just had a month off before shooting the second season of the TV show, which she spent doing the most normal things possible: “Hanging out with my cats — I have two of them — walking around Los Angeles, going to the farmer’s market…just hanging out,” said Ferreira, who also used her time off to shoot a movie over the winter.

“It’s been really fun, but I’m excited to go back to that journey,” she added. “‘Euphoria’ is a goodie.”

Past Naomi Scott and Lachlan Watson, “Game of Thrones” star Maisie Williams, sitting front row with her boyfriend Reuben Selby, was trying to remember the content of a cocktail she learned how to make while on holiday.

“It was called a Solero Coco and we had it in the Seychelles,” explained the actress, who stars in “X-Men: The New Mutants,” which will be released in April. “I don’t really remember what was in it — a lot of sweet stuff and coconut. But it fitted with the destination: cocktails are made for the sun.”