After Decades of Obsessing Over Scent, Noomi Rapace Debuts N.C.P. Olfactives at Selfridges

The new fragrance concept by Rapace is based on layering scents to give more freedom of choice to the consumer.

She recently wrapped the World War Two thriller “The Secrets We Keep” in New Orleans, where she plays “a housewife going crazy,” and later moved on to Iceland, where she was on a farm delivering baby lambs during the filming of the supernatural drama “Lamb.”

On Thursday in London, she was dressed in an ethereal white slipdress and lace trenchcoat while getting ready for the launch of N.C.P. (New Collective Products) Olfactives — the perfume concept she launched alongside the hairdresser Steve Terry, former skier Jonas Nilsson and songwriter Ash Pournouri – at Selfridges.

The idea for the label came from a lifelong obsession with scent and her need to switch up her perfume as she moves between characters and cities.

“I feel like I’m always carrying all these different characters in me. When I wrapped ‘The Captor,’ which is a film I did with Ethan Hawke and is coming up soon, I was flying to L.A. and realized that it’s not about getting rid of the character I was playing, but finding out who I am after this person lived in me.”

All of those characters require different sorts of fragrances: Rapace said she was wearing musk and amber to channel the intensity of her character’s story on “The Secrets We Keep,” but then had to steer clear of fragrance completely while in Iceland, because “baby lambs don’t do well with smells, so I had to make a decision not to wear anything.”

Rapace has always been sensitive to smell — she even broke up with a boyfriend because she couldn’t stand his smell — but has gone for years not wearing perfume.

“When I started working as an actress at 17, I couldn’t wear perfume when I was embodying different characters. And I didn’t like the perfumes on the market in general. Back in the Nineties, the female fragrances were sticky and sweet, very vanilla. I was quite a tomboy, I couldn’t identify with what was thrown on me as a young girl and felt that nothing matched me and all my different moods.” 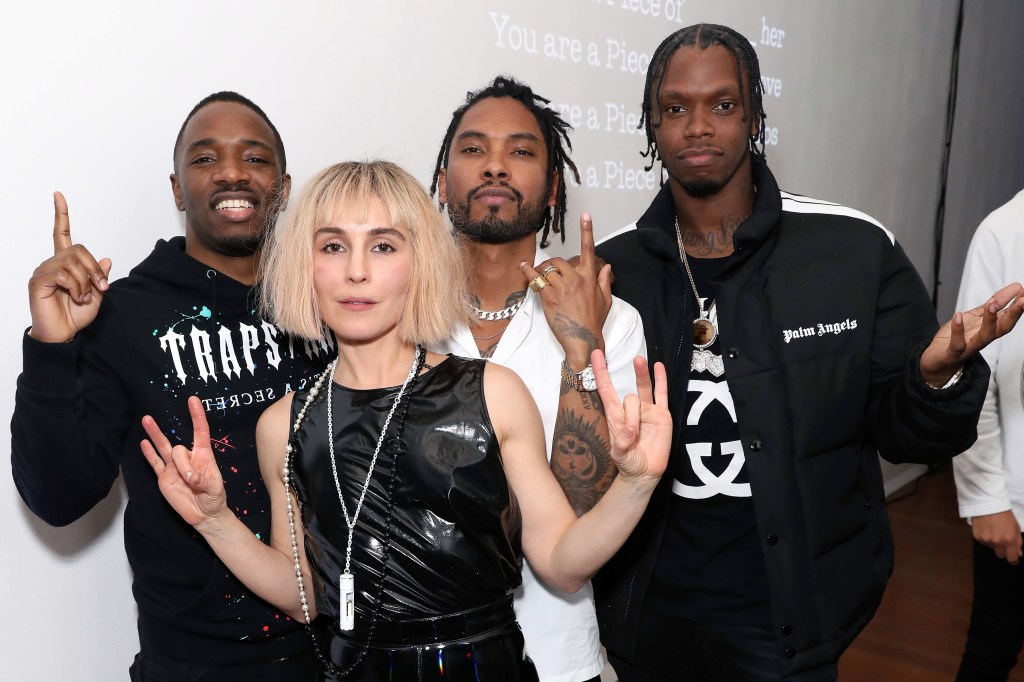 That is why she started creating bespoke scents for her film projects, as a way of connecting deeper with the personalities she was playing. She also created one for herself to use day-to-day, and during big appearances.

“If I lost the perfume, I was always in a panic before a red carpet, because I needed to smell me. It basically feels like a shield, it strengthens my aura and it’s almost like an angel putting wings on you if you have the right smell,” said the actress.

That’s why she went on to design a necklace featuring a minimalist, mini perfume bottle for the wearer to always have their scent on themselves, like a keepsake. The necklace design then developed into a range of fragrances under the N.C.P. concept. The scents can be layered for customers to create their own bespoke concoctions.

“I wanted to connect people with fragrance. This isn’t only relevant to an actor — we all live different situations throughout the day. You can go from a meeting in the morning where you need to approach someone in a certain way, to a lunch meeting with someone else and then in the evening you go out for a date or dancing. If you have three perfumes that you can mix — or even seven — you can be sure the message your fragrance communicates can match what you want to achieve.”

The brand offers seven scents — ranging from clementine and violet flower to leather and vetiver to jasmine and sandalwood — each representing a different fragrance family.

Her idea was to use fewer notes than the average fragrance — each of the scents has 15 to 20 notes while typical perfumes have 40 to 60 notes – to allow for layering and to address both women and men with the same scents.

“The way forward is unisex,” said Rapace, who quickly realized that separating the scents into men’s and women’s categories wasn’t working for her as she collaborated with Givaudan to create the brand’s debut range.

“You don’t need to decide what you are, nobody needs to know who you have sex with, who you fall in love with, what you wear and what kind of fragrance you are wearing. It’s up to you.” 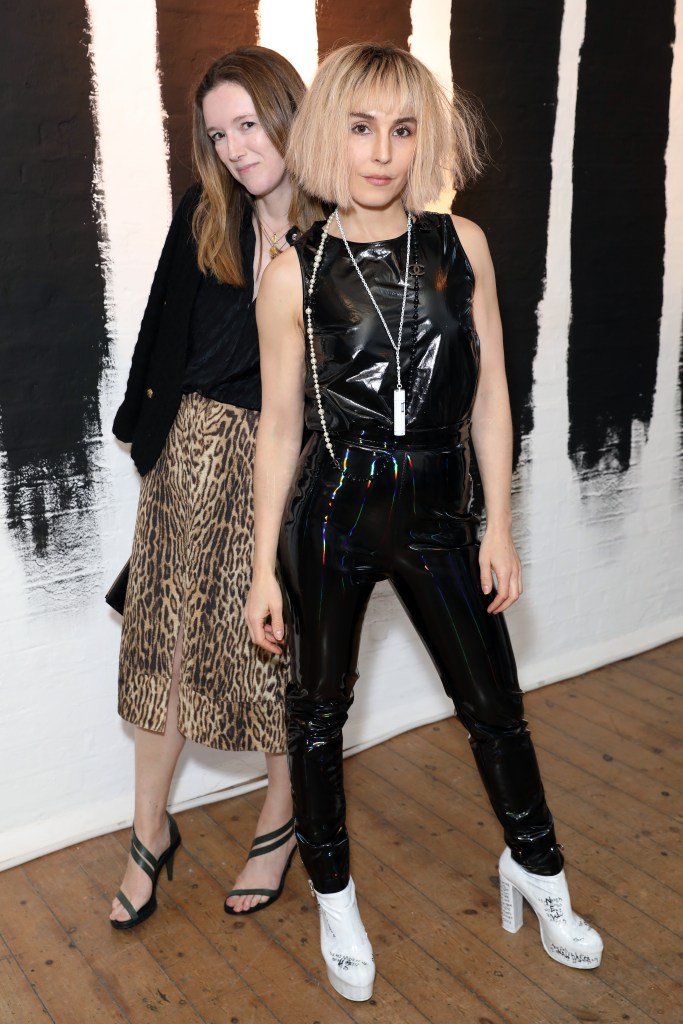 She is applying the same democratic approach when it comes to branding, with the perfume bottles resembling more elegant, larger versions of perfume samples and featuring a minimalist logo without her name. The aim is to put the power of choice and decision back at the hands of the consumer, she said.

“It’s not about celebrities, it’s not my name or anyone else’s name. We are a collective creating products, it’s not a celebrity standing with a bottle saying ‘Because you’re worth it.’ The time of self-promotion and ‘me, me, me’ will have a short lifespan, it’s very boring and unsexy. I feel it will be over soon and that’s why I love that Selfridges embraced this concept from the beginning,” said Rapace.

“The consumer is the new star. Everyone is their own expert and you no longer need anybody telling you what to do or what to like, it’s in your own hands. We basically created a toolbox for people to be able to embrace any version of themselves.”

In addition to the core offer, N.C.P. has created eight additional “elevated scents” for the department store, including a line of more intense smells featuring oud, musk and wood that are closer to Rapace’s personal taste.

The Selfridges debut marks the brand’s first foray outside its home of Scandinavia, and Rapace said there’s also interest from other territories, including the Middle East, Australia, the U.S. and France.

“I live here, so it was very important for me to start in London and in Selfridges. It’s a building with so much history, but it’s also modern and keeps up with youth,” added Rapace, who marked the launch with a dinner and party at The Painting Rooms in London with a group of friends including the likes of Miguel, Claire Waight Keller, Lily Cole and Ella Eyre.

Next up she plans to continue developing N.C.P. A new keychain design is in the works, giving customers the chance to carry their scents with them. 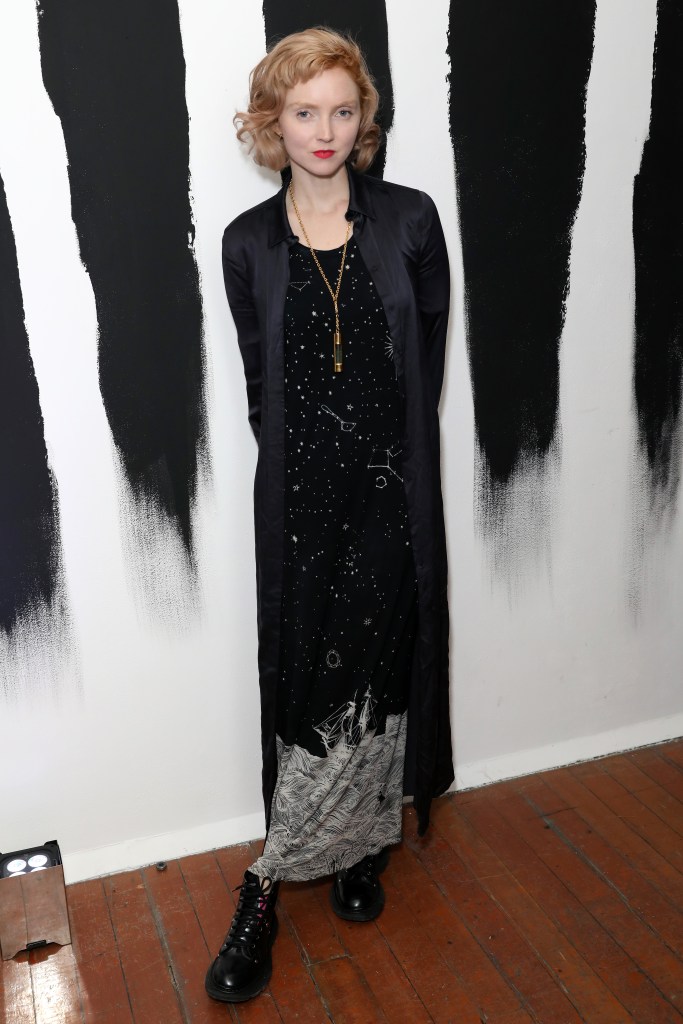