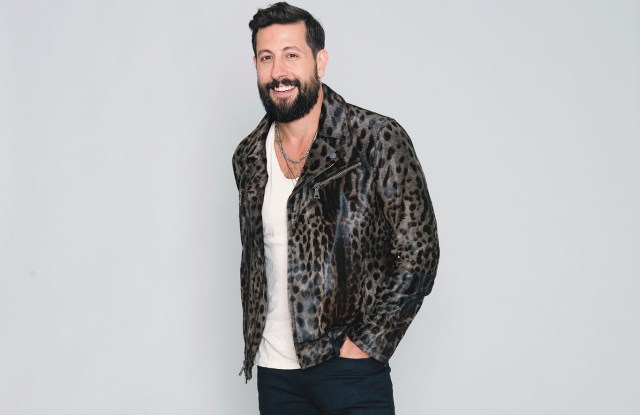 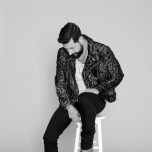 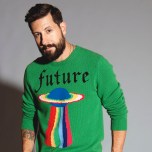 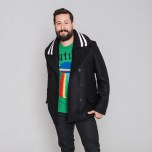 Since Old Dominion arrived on the country music scene with their hit “Break Up With Him” in 2015, the band has built a reputation as a fun-loving fivesome with catchy sing-along lyrics and campy videos that would make Batman and Robin proud.

Their first full-length album, “Meat and Candy,” was certified gold and described by Entertainment Weekly as a “deceptively smart, occasionally cheeky, stellar debut” that also spawned the hits “Snapback” and “Song for Another Time.”

So it’s a bit surprising when frontman Matthew Ramsey shows up for an interview wearing Saint Laurent jeans and gold boots while dragging a suitcase full of designer clothes. Tucked within are the latest fall looks from Gucci, Givenchy, John Varvatos, Maison Margiela and more — ensembles that he tops off with David Yurman jewelry and a Gucci belt.

“It’s fun to dress up and look good,” he says. “And it’s fun to try on clothes and wear a different jacket every night. It also helps you on stage to feel like you belong there.”

Within country music, “there’s always a balance that we try to find,” Ramsey adds. “There’s a more familiar relationship with your fans, and the access that you give is important to make them feel they’re a part of the whole thing. But fashion is a way to separate yourself — to make a statement about who you are and that you’re different. That’s what draws them to you.”

Although he likes a lot of different clothes, Ramsey admits that he has “a bit of a leather jacket problem. I found a guitar the other day in Seattle and I wasn’t planning to buy anything, but it was an old 1965 acoustic and it was around $5,000 or $6,000.” He hesitated because of the price, but his bass player said: “’If it was a leather jacket, you would do it.’ And I was like, ‘You’re right.’ He told me to think of it as a jacket-building machine that I can write all these songs on, so I bought it.”

Ramsey is also a Tom Ford fan. “I definitely wear a lot of Tom Ford jackets on stage,” he says. He was introduced to the brand when he was in Las Vegas for the Academy of Country Music awards when the band won New Group of the Year. “I tried it on and it felt great — and then the floodgates were opened.”

Ramsey and his bandmates — guitarists Brad Tursi and Trevor Rosen, bass player Geoff Sprung and drummer Whit Sellers — have been touring the country over the past two years, opening for Kenny Chesney and playing larger and larger venues on their own.

Last week, the group released its second album on RCA Records, “Happy Endings.” And while the album includes some of their now-trademark feel-good songs, it also showcases a more serious bent. The first single, “No Such Thing as a Broken Heart,” which just hit number one, is a catchy reggae-tinged tune, but the lyrics include: “What am I gonna tell my kids when they see/All of this bulls–t that goes down on TV/When the whole world is down on its luck/I gotta make sure they keep their chin up.”

The second single, “Written in Sand,” is a ballad questioning the status of a budding love affair, and other cuts such as “Still Writing Songs About You” also get down to the nitty-gritty of life and love.

“We’ve written a lot of songs that are more than just the fun sing-along candy kinds of things,” Ramsey says. “Some of them other people have recorded and some of them haven’t seen the light of day, but we just know we’re capable of writing a song that can actually make you feel something other than wanting to party.”

He says Old Dominion’s fans are quite familiar with the group’s song-writing chops — Kenny Chesney, The Band Perry, Dierks Bentley and Craig Morgan are among those who have had hits with their songs — and have embraced the band’s more-serious side.

“Still Writing Songs About You” also showcases the band’s country roots. “We’re not the most classic country-sounding band but that one has all the country-sounding theme — Dallas and six strings and whiskey — that we haven’t had a chance to do yet,” Ramsey says. “I was worried that song wasn’t going to make the album because of that. We’re the ‘Break Up With Him’ guys, but I really wanted that side of us to tell all those people who say we’re not country music that this is a big part of who we are. We can sing about this stuff just as much as anybody.”

“Happy Endings” also includes “Stars in the City,” which is getting buzz for featuring Little Big Town on background vocals. Ramsey says he ran into the band’s Karen Fairchild at a breakfast spot in Nashville and later asked if they would consider singing on the record. She agreed. “It was a cool moment for us. It made us feel like we’re a part of this whole country music thing.”

While the band earlier this week played at Gillette Stadium in Boston, hit the stage at “Good Morning America” and ran themselves ragged visiting media outlets all around New York City, they’re also promoting the album in an unconventional way — through a dive bar tour, an idea that came from Bud Light.

“We felt like we just got out of playing dive bars because we spent so many years playing those venues, but the difference between then and now is that people actually are there,” Ramsey says with a laugh. “It’s a really cool thing. There are fans right there with us. That is one thing that I do miss the bigger this gets: the barricade gets a little further away. I love when the fans are right there with us, high fives and cheers — that’s my favorite things about the dive bar shows.”

In addition to Bud Light, Old Dominion caught the attention of Singer Sewing, which was drawn to the cross-stitched album cover for “Happy Endings.” The company created a sweepstakes for fans to win a sewing machine and is offering downloadable templates to cross-stitch their own versions of the cover.

Although Ramsey has a degree in illustration, he says he didn’t design the cover, but it did help indulge his love of art. “I love art in general — architecture, anything creative,” he says.

The Virginia native purposely didn’t want to go to college to study music, but once he graduated, he immediately set off to start his career in that field. “I said, ‘Thanks, Mom and Dad, I’m going to be in a band,’” he says. “But they were always very supportive. They could see how important it was to me. When I was 17 with big Xs on my hands playing bars, they never stopped me.”

And today, they know he made the right decision: “They were at the Boston Gillette stadium shows and they were walking on air,” Ramsey says.