Munn’s latest film is directed by David Koepp and based on the satirical novels of cult English writer Kyril Bonfiglioli. 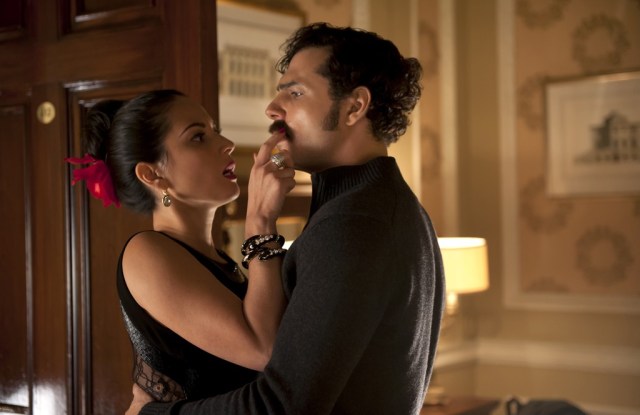 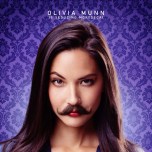 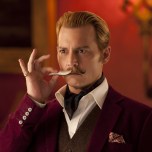 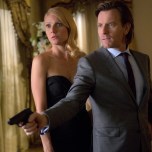 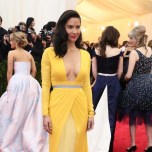 Olivia Munn’s looks are reminiscent of Merle Oberon’s, but their careers couldn’t be more different. Rather than being the leading lady in high-toned British and American costume dramas such as “Wuthering Heights,” “The Private Life of Henry VIII” and “Désirée” like the actress from Hollywood’s Golden Age, Munn, who was born in Oklahoma, has been a television presenter, comic actress and model. Oberon’s most famous characters were mysterious, glamorous and sophisticated; Munn is known for funny banter, wearing sexy Cosplay outfits, appearing on the Maxim hot list, and starring in campaigns for Hewlett Packard, Nike, Pepsi and Neutrogena. She has also written an autobiography, “Suck It, Wonder Woman! The Misadventures of a Hollywood Geek,” which was a New York Times bestseller, and she currently has a first-look production deal with CBS. In Oberon’s time, she had to hide her Anglo-Indian heritage in order to have a major Hollywood career, whereas Munn has been open about her own: her mother is Chinese, while her father is of German and Irish descent. Still, the two actresses have a quite similar dark-haired beauty, though Oberon’s was serene and Munn’s demeanor is considerably more antic.

Munn’s latest film is “Mortdecai,” directed by David Koepp and based on the satirical novels of cult English writer Kyril Bonfiglioli. It stars Johnny Depp in the title role of a rascally, mustache-wearing art dealer Charles Mortdecai; Gwyneth Paltrow as his wife, Johanna; Ewan McGregor as MI5 Inspector Alistair Martland; Paul Bettany as Charlie’s valet, Jock Strapp; and Munn as Georgina Krampf, femme fatale daughter of American billionaire Milton Krampf, who’s played by Jeff Goldblum. The movie opens Friday. The plot concerns a lost painting rumored to contain the code of a bank account full of Nazi loot. Munn says of her role, “I love the character and the world. She’s extreme and goes by the beat of her own drummer. [These are] very extreme characters, and I didn’t have to hold back. It just keeps going and going.”

Paltrow’s character is “posh and perfect,” while her husband is “more of a scoundrel,” Munn observes. “Opposites attract.”

In the Chinese community, Munn points out, “becoming an actor was not encouraged.” Parents want their children to “go to school to become engineers, doctors or work for NASA.” So she went to the University of Oklahoma, where she majored in journalism and minored in Japanese and the dramatic arts. (Munn grew up mostly in Japan and speaks fluent Japanese.) She has also been something of a magnet for controversy. Jezebel magazine declared the fact that she was given a job on Jon Stewart’s “The Daily Show” to be a reflection on said show’s inherent sexism, since she is a “sex symbol.” On G4’s “Attack of the Show,” which Munn once hosted, Hollywood producer-director Brett Ratner outed himself as the unidentified director in her autobiography whom she described as underendowed and crass, and went on to insult her.

As for her current film, the actress notes that, in order to play a broad comedy like this, you have to bond with your fellow actors, and they did. Of McGregor, she said, “I think he has the driest sense of humor. He was so funny. ” As for Depp, “Johnny is really funny and really sweet and he has a really calm demeanor. He comes in just like a light [coming on]. He makes everybody feel good. You can tell a lot about somebody from how they treat people.”

Regarding her fashion preferences, the actress, who has been a photographers’ favorite on the red carpet, says, “I love Lanvin, Saint Laurent, Giambattista Valli and J. Mendel. I’m five foot four and a half and I have curves, so it’s hard to find the right designers. Victoria Beckham: She really really understands a woman’s body. Whenever I put on one of her dresses, it holds you in without constricting you.”

She says she is “very excited” about the CBS deal. “They’ve given me some high executive to work with. I’ll be hiring writers to see what they can do with [my ideas].”