Courtesy of Will Thompson / @shotbythompson

The young actor stars in Russell T Davies’ (of “Queer As Folk” and “Doctor Who” revival fame) latest TV project, “It’s a Sin.” The buzzy five-part miniseries premiered in the U.K. in January and arrives Stateside on HBO on Thursday. The series, which stars a cast of young queer friends living in London in the ’80s, has received rave reviews for its portrayal of the AIDS crisis in Britain.

“Everyone knows what it’s like to be 17, 18, and to start thinking about your ambitions,” says Douglas. “You want to head out into the world and make something of yourself. And that’s exactly what all of those kids are doing.”

The young actor, who’s from Wolverhampton, moved to London in 2012 to attend drama school (Arts Educational Schools, London), and after graduation starred in several West End and touring productions. “It’s a Sin” is his first screen role, as it is for many of the other actors in the series. There are a few bold names, too; Neil Patrick Harris and Stephen Fry — who shares all his screen time with Douglas — also costar. All of the gay characters in the show are portrayed by gay actors, an intentional choice by Davies. 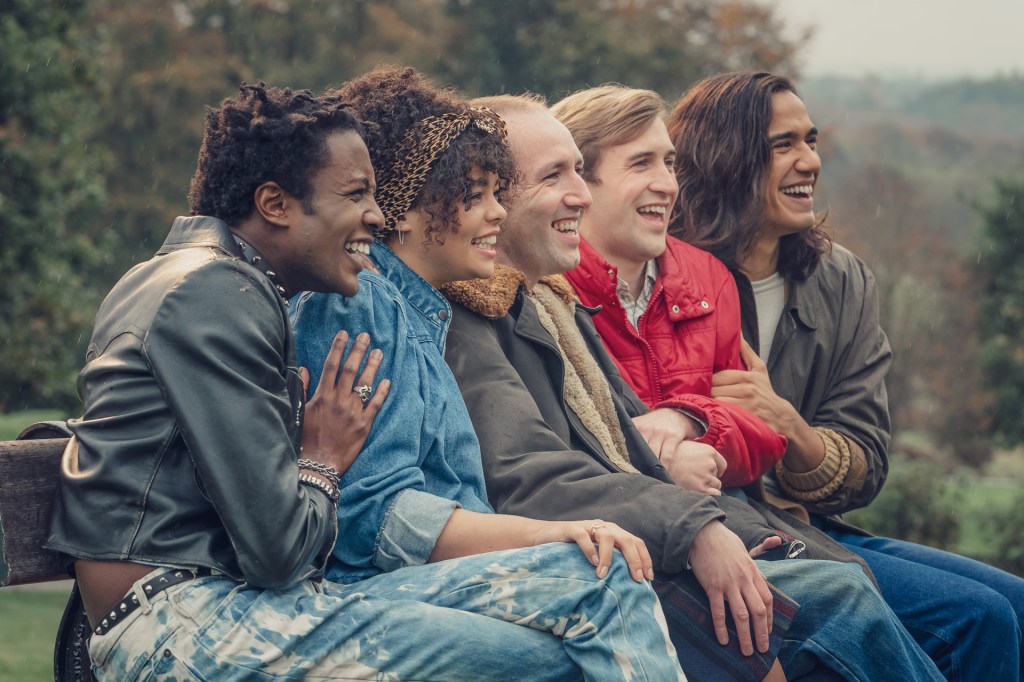 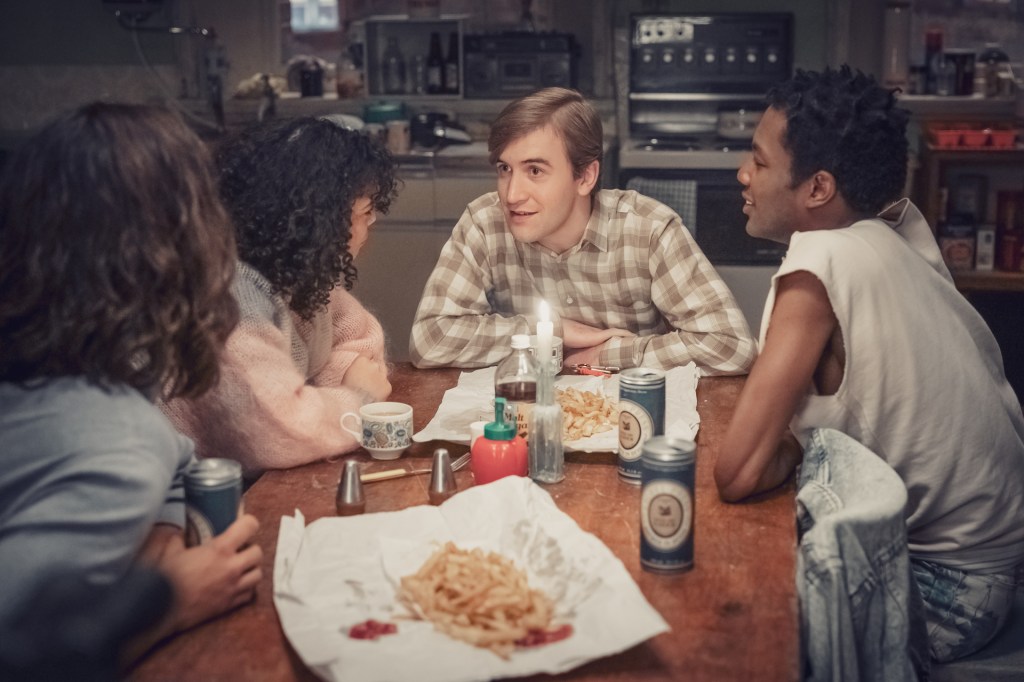 Douglas plays Roscoe in the series, whose family is unaccepting of his homosexuality — so he makes a bold exit to London, where he finds his chosen family. The core group lives together at an apartment named the Pink Palace. “Quite literally the disease comes into their home. And then from there, that’s where they’re forced to face the realities of the crisis,” says Douglas. “Everyone gets snatched away.”

But Davies didn’t want to sensationalize the crisis in the show. While there are moments of profound tragedy — lives cut short — it celebrates the joy and love between a group of friends. “You need the joy for the loss to have its weight,” adds Douglas. “Russell was very much keen for us to enjoy each other’s company, because that’s what it’s all about; that’s exactly what he was doing at the time.”

Davies’ 1999 drama “Queer as Folk” was one of the first TV shows to center gay characters and portray them living full, normalized lives. It was controversial; that was only two decades ago.

“I didn’t watch it at the time — obviously, I was so young — and yet I remember vividly the shift that was happening when that came out,” says Douglas, who was five or six when the show was released. “It was this thing that was going on that felt a little bit naughty, like something that I shouldn’t be seeing — but clearly something that everyone was talking about. Russell’s work has always lent itself to being something that becomes culturally significant.”

“It’s a Sin” is a period piece, and to prepare Douglas spent the summer before filming exploring London’s cultural history. Claire Lawrie’s documentary “Beyond,” about being Black and queer in the London club scene of the ’70s and ’80s, proved particularly useful to his character prep. “[The documentary] led me to then meeting some brilliant Black, British, queer people who were all big hitters on the scene and really contributed in shaping the culture,” he says.

The actor also immersed himself in the defining music of the era. “It was important for Roscoe as well, because that’s all the stuff that makes him tick — he’s a club kid,” Douglas says. Similar to music, fashion becomes a conduit for how Roscoe shares who he is with the world.

“There’s a DIY element to what [Roscoe] does,” Douglas adds. “I was speaking to people and they would talk about how David Bowie and Prince and people like that were such big inspirations to them. When I went to my first wardrobe fitting for the show and saw this rail of amazing clothes, I thought of those people — I thought of Bowie, I thought of Prince, I thought of all these brilliant icons.”

The show, based on Davies’ own friends and experiences during the time period, resonates on many levels: as entertainment, as a memorial to the people who died, and as moving sociopolitical commentary.

Douglas has watched the series a few times, and continues to find the influence of Section 28 shocking. The Local Government Act 1988 clause banned the “promotion” of homosexuality in schools and government — and suppressed support groups and health initiatives. In the show, characters are aggressively arrested for peaceful protest. 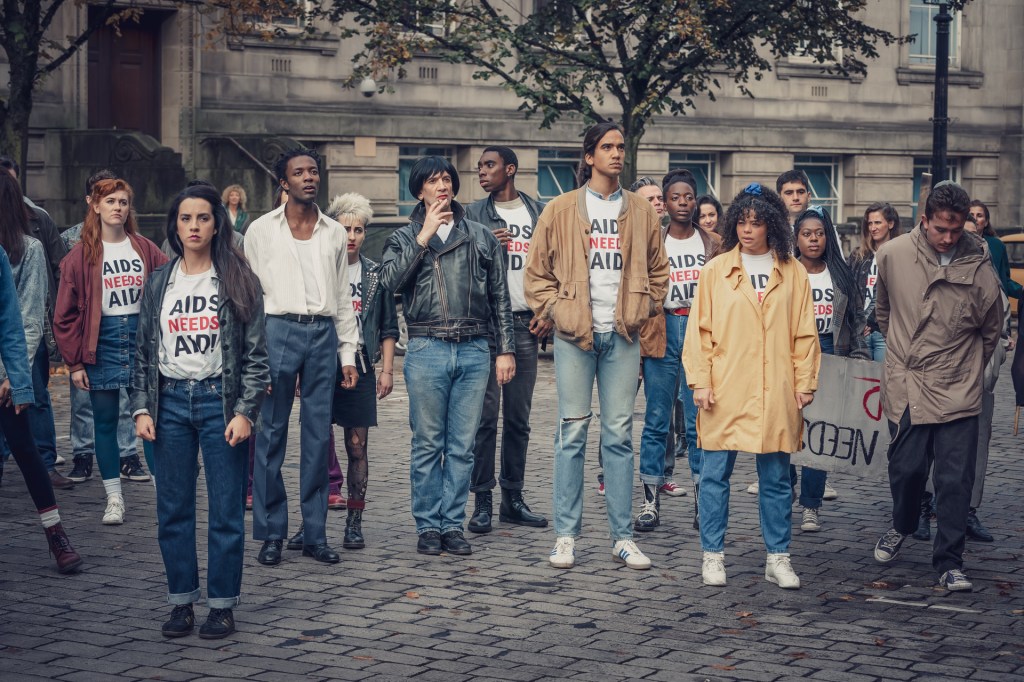 “I’m just still bowled over by that piece of legislation that we had for so long. Something like that really does have lasting effects on education and society and the way that kids grow up,” he says. “I can’t imagine what it would have been like to have grown up going through school, struggling with your sexuality, and then going — there’s no one here to help me, because it’s against the law.”

Douglas notes that much of his awareness of HIV/AIDS came from American stories; he saw the film version of “Rent” as a teenager. While “It’s a Sin” is also set around a group of friends in the late ’80s, the show expanded his awareness of how the crisis unfolded in the U.K., and is distinctive in how it centers on British government neglect.

“This was a public health crisis, and they turned away,” says Douglas. “It’s inhumane. You try and put yourselves in the shoes of someone who is running government or is a part of the government. How can you turn away from something like that?” 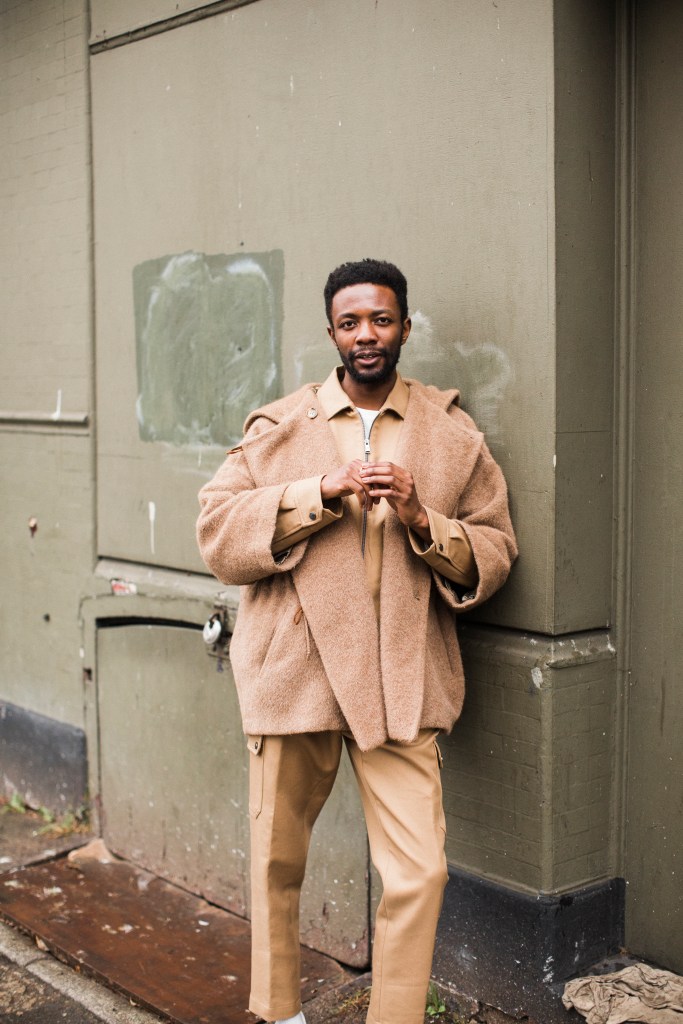 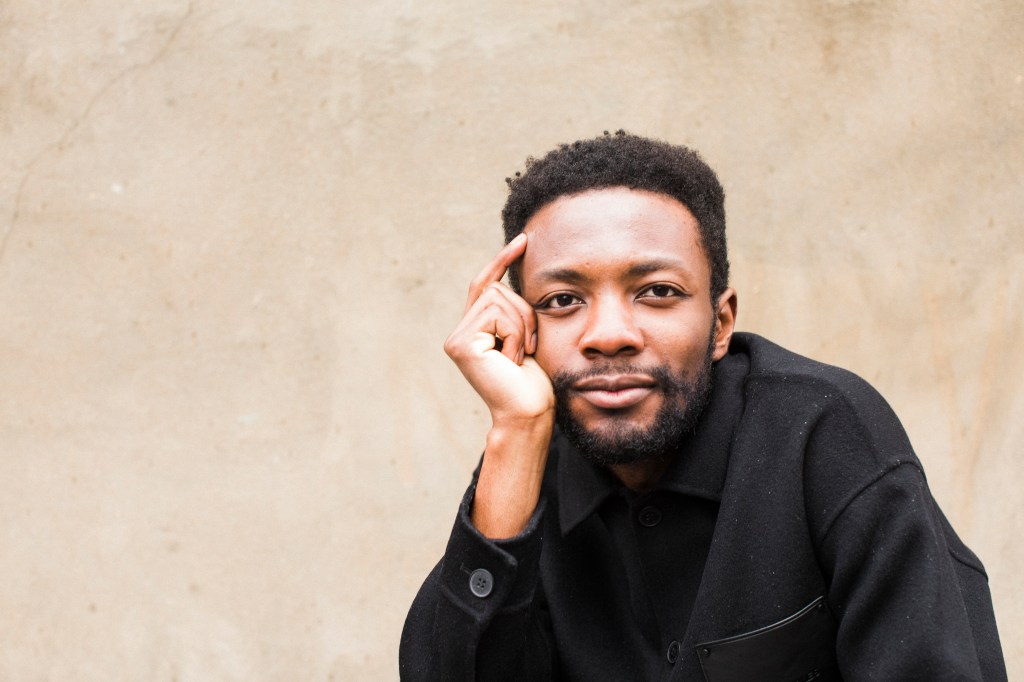 Kailand Morris, Stevie Wonder’s Son, Is Making His Mark on the Fashion Industry