Though the late architect John Lautner's radical work has made him a cult icon among Hollywood denizens, he was snubbed by critics while he was alive. 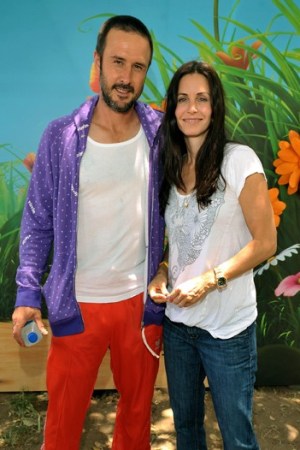 Though the late architect John Lautner’s radical work has made him a cult icon among Hollywood denizens from Kelly Lynch to Vincent Gallo, he was snubbed by critics while he was alive. Now, that’s being rectified with the first major exhibition on the architect, “Between Earth and Heaven,” which opened at Los Angeles’ Hammer Museum Sunday, along with a new documentary, “Infinite Space: The Architecture of John Lautner,” premiering in September from filmmaker Murray Grigor.

From the Forties to the Seventies, Lautner experimented with extreme shapes and repurposed common materials to build an impressive array of untraditional homes. He offered his Southern California clients a chance to escape the urban jungle via his Space Age structures with breathtaking views. It’s little wonder that the late architect’s buildings have been immortalized in everything from a Snoop Dogg video to the James Bond classic “Diamonds Are Forever.”

This story first appeared in the July 14, 2008 issue of WWD. Subscribe Today.

“What Lautner was trying to do was to draw the natural environment and the outside world into your life,” says Nicholas Olsberg, the exhibit’s co-curator. “He wanted you to look beyond the city.”

Constantly exploring man’s relationship with nature, Lautner helped his clients enjoy the outdoors from the comfort of their own homes. For example, after observing how a setting sun glared through the 40-foot-high glass walls at the rainbow-shaped Garcia House, built in 1962, he widened the roof’s ledge on the western rim so that it flared subtly like the brim of a hat. In lieu of hallways from sleeping quarters to living rooms, he designed a glass-walled arc with a central courtyard.

Lautner’s expansive vision appeals to architectural junkies such as Trina Turk, who, with her husband, photographer Jonathan Skow, helped fund the museum exhibit.

“They’re sculptures, really,” Turk says of Lautner’s edifices. “It’s inspirational to be in them, around them and looking at them.”

Lautner’s work is certainly not for the timid traditionalist. Indeed, his original clients were considered offbeat risk takers with boundless imaginations and money to burn. Take the 1960 Chemosphere, a spaceship-style structure perched among the trees on a single concrete column, or the 1956 Harpel House, a modern log cabin where the main living area spins around what resembles a gigantic bicycle spoke roughly sawn from smoked fir.

Needless to say, such drama appealed to Tinseltown — like original homeowners Russ Garcia, a Disney composer, and Willis Harpel, a radio announcer — as well as industrialists and technophiles who wanted to push architectural boundaries. Aluminum magnate Leo Harvey invited Lautner to use the metal from his foundry to build his house in 1950, resulting in sliding glass walls stretching around a circular house, while aerospace engineer Leonard Malin, the original owner of the Chemosphere, was apparently unfazed by Lautner’s proposal to build an octagonal house on a wooded hillside.

These days, the Garcia House is inhabited by Bill Damaschke, president of DreamWorks Animation, and his partner, John McIlwee, a money manager, who bought the home from Vincent Gallo. Lynch and her husband, film producer Mitch Glazer, have lived in the glass-encased Harvey House for the past 10 years, and Courteney Cox and David Arquette recently sold the beachside Segel House to L.A. Dodgers owners Frank and Jamie McCourt. Meanwhile, Mark Haddawy, co-owner of the vintage boutique Resurrection, has spent the last two years carefully renovating Harpel House. Mere feet away is the iconic Chemosphere, now owned by art book publisher Benedikt Taschen.

“There are certain people you don’t need to explain this [architectural style] to,” says Lynch, whose home presides over a headland with an unobstructed view of the City of Angels. “If you are a person who is creative, you need a place to dream and be creative in.”

But, despite such devotees, Lautner never became a household name like his mentor, Frank Lloyd Wright. That’s primarily because the few nonresidential commissions he received were hardly monumental. Observers were known to giggle at Googie’s Coffee Shop, with its upturned roofs and boomerang-shaped signs. Beachwood Market, located in a canyon below the famous Hollywood sign, now sells milk and deli sandwiches, and the Lautner-designed Midtown School in Los Angeles’ Los Feliz district is hidden under a bridge.

Still, architectural visionaries such as Frank Gehry stand in awe of Lautner, whom he says “represented the inquiring mind of architecture,” in Grigor’s upcoming documentary.

And even 14 years after his death at the age of 83, Lautner’s legacy is still alive. Using one of three designs that Lautner drew for Bill Harpel, Haddawy plans to build a new house behind the Harpel House in the next three years. The new structure will be a perfect cylinder of poured concrete containing two bedrooms and one and a half bathrooms on two levels measuring 2,200 square feet.

“There is an element of a California-casual way of living [in a Lautner home],” Haddawy says. “Not that it is not elegant. It’s just not uptight.”