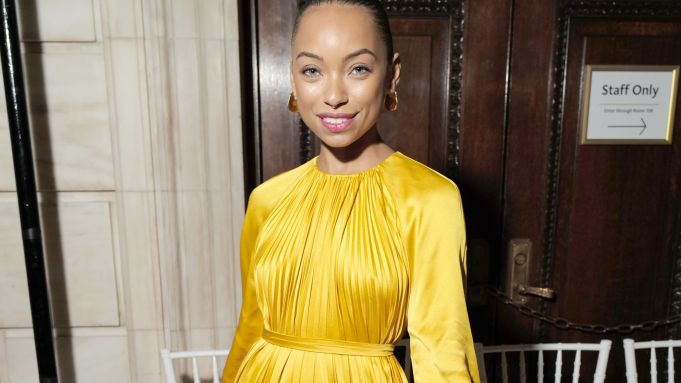 The New York Public Library is typically closed on Mondays. But just shy of 9 p.m., a large crowd huddled under umbrellas and queued on the steps leading into the Stephen A. Schwarzman Building. They weren’t there to check out books; they were there to check out the latest Oscar de la Renta collection.

The show marked a few firsts for Browning: her first time at the NYPL and first time attending the ODLR show.

“I’ve never done New York Fashion Week on my own and gotten to see multiple shows, so to go to Oscar [which is] so elegant and effortless, it felt like the right fit for me,” said the actress, donning a silky golden yellow gown by the brand. She had also attended Jason Wu’s show the day before.

“I find this so fascinating: everyone is so lovely and beautiful, and I would imagine this world to be stuffy and it’s not — everyone’s really warm. I sit next to people I don’t know and strike up a conversation,” she added. “And I also love fashion because it’s quick: you come and do the shows, and they’re done and you leave. It’s like moving museums. I just think it’s so beautiful to see the shows and all the clothes in movement.”

The “Dear White People” actress is gearing up to film the fourth and final season of the show this spring, to premiere later this year.

Rooting for ‘Parasite’ From the Front Row at Tory Burch