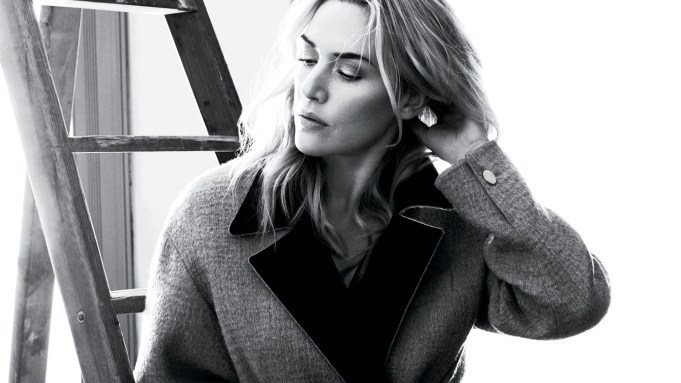 When Oscar nominees step onto the red carpet this weekend, they’ll be auditioning for perhaps the role of a lifetime: brand ambassador (formerly known as “model”).

Aside from the fact that the acting nominees don’t include a single person of color, this year’s ballot offers a mix of talent that hasn’t yet scored big in the fashion and beauty industry. Luxury watch brands have attached themselves to only two leading men: Tag Heuer to Leonardo DiCaprio and Omega to Eddie Redmayne. A statuette won in 2009 and seven nominations have bolstered Kate Winslet‘s ranking as brand ambassador for Lancôme and Longines. Past winners and current nominees Cate Blanchett and Jennifer Lawrence appear to be set in their respective commitments to Giorgio Armani and Dior.

Still, the others have been largely overlooked. For first-timers Brie Larson and Alicia Vikander, as well as youthful repeat nominees Saoirse Ronan and Rooney Mara, the doors to big contracts in fashion and beauty are wide open.

The hopefuls need to do more than smile, however. They have to cultivate an affinity with a brand. They also must remain busy, constantly working and engaging their fans.

“A great face is fine — they’re a dime a dozen,” says Kevin Fegans, chief executive officer of The Communications Bureau in Los Angeles, who previously directed PR for fashion brands including Forever 21 and Asos. “A great face with a global audience and a super-engaged audience — that’s better. If you’re bringing someone into your campaign, can they grow your network and re-excite your audience? It takes more than a store to get people to shop.”

“There is just the simple math that they deliver an audience of a certain type,” says Josh Mandel, vice president and managing director of strategy at R/GA in L.A., who helps mold the creative marketing for Apple’s Beats brand and Nike’s basketball business. Yet, marketers are aware of the line between famous enough and too famous. “When actors reach a certain stature, they are more discerning of what they get involved with,” he says.

“The way media used to work was: The agencies would spend time — weeks — crafting a big idea and make some film, and media companies would help them spend a ton of money to make sure people saw the message,” Mandel says. “The audience is not beholden to them anymore.”

A celebrity’s standing determines their payday for endorsements. The contract often reads like a menu of services; the more the brand wants, the more it pays. According to marketing insiders, an up-and-coming artist can ask for $100,000 to $300,000 to appear in an ad campaign. Most deals total between $500,000 and $1 million but can climb to $3 million. On social media, a member of Young Hollywood with two million followers, for example, can receive up to $15,000 for a post and someone with 30 million followers can command $300,000.

Over the past year, several nominees experienced a spike in their Vscore numbers, which, as compiled by Variety Insight, rates the actors’ familiarity and appeal based on factors such as social media mentions, box office receipts, new projects and awards. When this year’s Oscars nominations were announced on Jan. 22, Jennifer Lawrence peaked at 100. Brie Larson climbed 21 points to 83, Saoirse Ronan gained 10 to 76, Rooney Mara added 12 to 82 and Alicia Vikander surged by 30 to 80.

Among the male nominees, Mark Rylance tallied the biggest increase to 70 from 51, whereas Christian Bale lost a point to 91. Even Sylvester Stallone benefited from a 10-point boost to 88 in his Vscore.

Notwithstanding the testosterone-fueled sequels in “The Expendables” franchise, Stallone’s nomination for reprising his role as Rocky Balboa in “Creed” marked his cultural resurgence. His last dalliance with fashion dates back to the Nineties, when he shielded his manhood with painted plates next to Claudia Schiffer in an ad for Versace’s home line. On Feb. 10, the 69-year-old actor found himself sitting in the front row of Hedi Slimane’s much-hyped Saint Laurent show at the Hollywood Palladium. The ultimate seal of approval: Slimane is designing his tuxedo for the Oscars ceremony.

“I actually think having an Oscar nomination is more important now than when it was when the Oscars started,” says Derrick Daye, L.A.-based managing partner at The Blake Project, a strategic brand consultancy. “These nominations and awards give you much more of a differentiator than you just being famous,” he points out. “It pulls you away from the group.”

The Millennial-aged nominees enjoy an enviable position. A year after snagging her first Oscar nomination in 2012 for the lead role in “The Girl With the Dragon Tattoo,” Mara appeared in ads for Calvin Klein’s Downtown fragrance. Vikander secured her spot as a fashion favorite when Louis Vuitton inserted her in its ad campaign last fall. Some marketers envision a beauty deal in Larson’s future.

“Brie Larson definitely has the most to gain in being nominated,” says Andy Hohl, talent brand manager at Los Angeles’ Artist & Brand Management. “I can see the same trajectory that Jennifer Lawrence had.” His advice to Larson: “She should align with something that feels organic and she really likes, just to keep it authentic.”

Certainly, authenticity is a vital component in building partnerships between stars and brands. “Millennials will smell ‘fake’ like a shark smells blood in the water,” says Robert Strand, who consults on branding and brand licensing as the founder of New York-based Strand IP.

Affirmation from the Academy also etches another facet into an entertainer’s repertoire.

“I think it adds to the dynamic of the talent,” says Ian Schatzberg, president at Wednesday Agency, a New York-based creative agency that paired Lady Gaga, Beyoncé and Katy Perry with H&M, and Justin Bieber with Calvin Klein in global ad campaigns. “It helps brands see them through a slightly different lens or a more complex lens. In that instance, that can change the conversation.”

Where that conversation leads is up to the celebrity. At any rate, Daye notes, “Holding a golden statue is going to translate to dollars for any actor in years to come.”