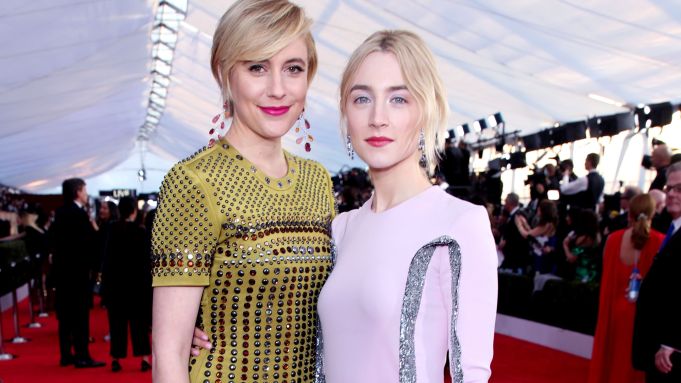 Designers will have their work cut out for them. Nominations today were announced for the 90th Academy Awards, and as expected, Margot Robbie and Saoirse Ronan earned Best Actress nominations, as did Frances McDormand, Sally Hawkins and record-holder Meryl Streep. So far, McDormand has swept the Golden Globes, Critic’s Choice and SAG Awards, and Ronan took home a Golden Globe, which is divided in drama and comedy categories.

The Best Actor category was a combination of newcomers Timothée Chalemet and Daniel Kaluuya, and veterans (and past winners) Daniel Day-Lewis and Denzel Washington, along with this year’s Golden Globes and SAG Awards winner Gary Oldman.

The Academy Awards will be televised live on ABC March 4, hosted by Jimmy Kimmel. Below, a list of the major nominees.

Best Picture
“Call Me By Your Name”
“Darkest Hour”
“Dunkirk”
“Get Out”
“Lady Bird”
“Phantom Thread”
“The Post”
“The Shape of Water”
“Three Billboards Outside Ebbing, Missouri”

A closer look at the costumes of Phantom Thread