O’Shea Jackson Jr. Is Playing the Game and Writing the Rules

The actor, son of rapper Ice Cube, stars in the comedy "Long Shot" opposite Seth Rogen and Charlize Theron, and has plans to write a better story for the video game industry.

Not that he’s had much time to play while he’s been in New York; the 28-year-old was in town for the recent premiere of his political rom-com “Long Shot,” which he stars in alongside Charlize Theron and Seth Rogen.

“I’ve seen the movie three times already,” he says, adding that he still hasn’t quite acclimated to seeing himself on the big screen. “I see every flaw that I do, and it’s nerve-racking and you can’t run away from it — it’s your job, and you better look at yourself. You better see what you want to change, or else you’re going to stay in one spot.”

The film, which stars Theron as a presidential candidate and Rogen as her screenwriter/frumpy lover, allowed Jackson Jr. to flex a different artistic muscle. His only other comedy was “Ingrid Goes West,” which he followed with two action films. “I knew that I wanted to show my range as an actor, always showing my versatility,” he says. “And it’s important to me to show that I can do all things.”

He had just finished “Den of Thieves” and “Godzilla” and was planning to head back to L.A. to give his body a break when the project came his way. “Back-to-back action movies are a no-no, don’t do it,” he says with a laugh. His agents countered his recuperation plan with a comedy filming in Canada opposite Rogen and Theron. “I was like, well, I’m not tired anymore,” says Jackson Jr., who, as Rogen’s best friend in the film was able to ramp up his comic presence. The vibe is in line with his off-screen persona: upbeat, affable, relatable. The sort of person you might play video games with. 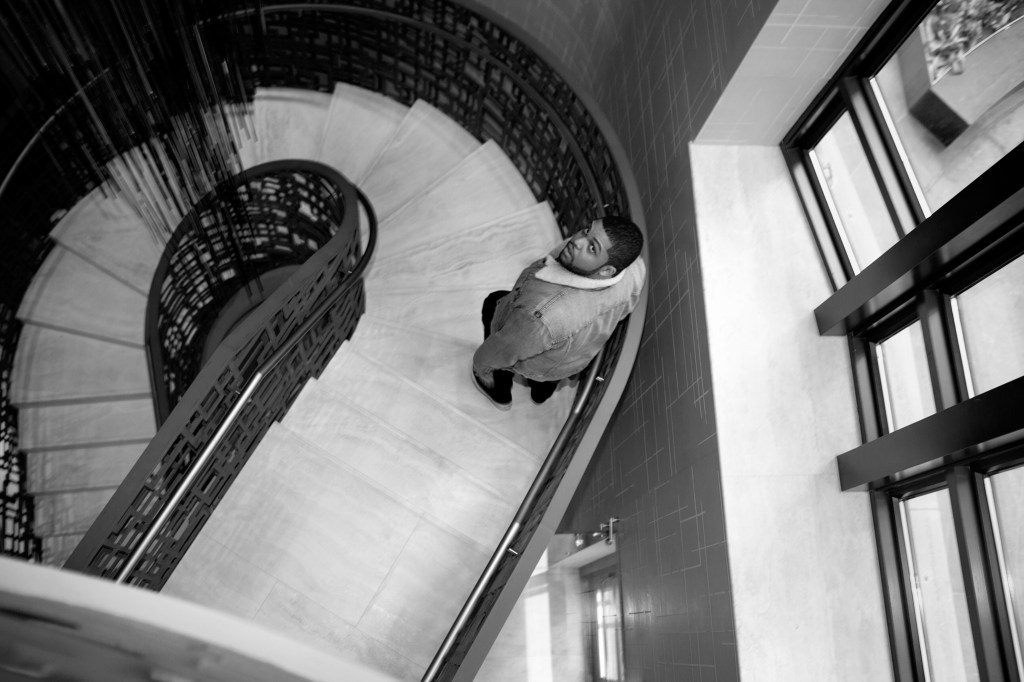 Like many young actors, Jackson Jr. has been trying to consciously work against the trap of typecasting. He’s also had to navigate the expectations that sharing a name and likeness with a famous parent brings: his acting debut was portraying his father, Ice Cube, in the N.W.A. biopic “Straight Outta Compton.”

“Growing up with a famous father is both a gift and a curse, because there are certain people who instead of seeing me as an individual, will see me as a rapper’s son and expect me to come to sets with a posse nine deep and show up late,” says Jackson Jr. “And I’ve always shown that I’m an utmost professional, showing up to my call time an hour early, making sure that I speak to everybody on set, anybody who’s engaging with me. And I just have to prove myself and prove to them that their first thought about me is wrong, and they should at least give me a chance first,” he adds. “It brings me my focus knowing that this B.S. is around me. A great weapon is to underpromise, overdeliver.”

Defying expectations is a central theme of “Long Shot,” and the twist for his character, Lance, touches upon the idea that stereotypes are unreliable predictors of a person’s character, particularly when it comes to party affiliation.

“[The film’s] got that nice message of not having to let go of yourself and things that are important to you to get where you want,” he says.

Which is where the PlayStation comes in as a grounding agent, and video games are a passion he hopes to parlay into his film career. Like his father, Jackson Jr. is a writer at heart — before starring in “Straight Outta Compton,” he was a sophomore at USC studying screenwriting, and he has plenty of ideas for stories he wants to get off the ground. They include a historical piece about the LAPD, an anime incorporating hip-hop, and a video game movie. “I want to be the guy to get video game movies right, because I feel like video game movies have turned into a cash grab, and I don’t like that,” he adds. “They cheat us on the story.”

Next year, he’ll appear in a film with Brie Larson and Michael B. Jordan, and he already has his next acting gig lined up: after finishing his press tours for “Long Shot” and “Godzilla: King of Monsters,” out at the end of the month, he’ll start filming a project written by his father; the duo will costar.

“He’s been dying to do something with me. Now, it’s about time,” Jackson Jr. says of the forthcoming comedy. “I can tell you the title, and you’ll probably get [the premise] from the title,” he adds. “It’s called ‘Rocky Mountain High.'”

It certainly offers a clue, but who knows? As Jackson Jr. shows on screen and off, things aren’t always what they seem. 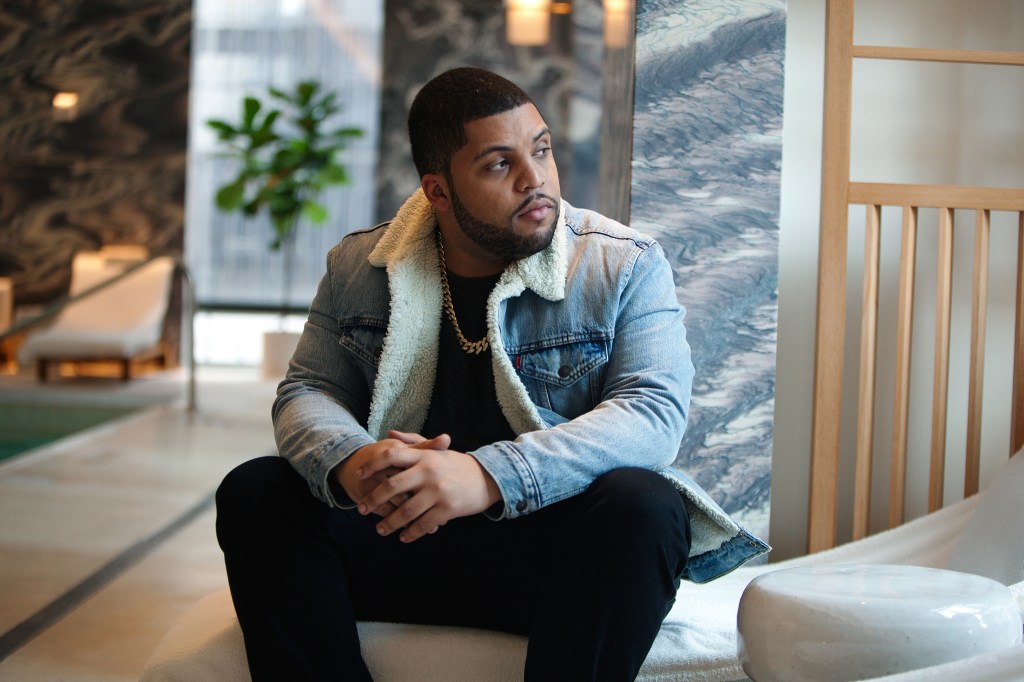 Camping to the Extreme at the Met